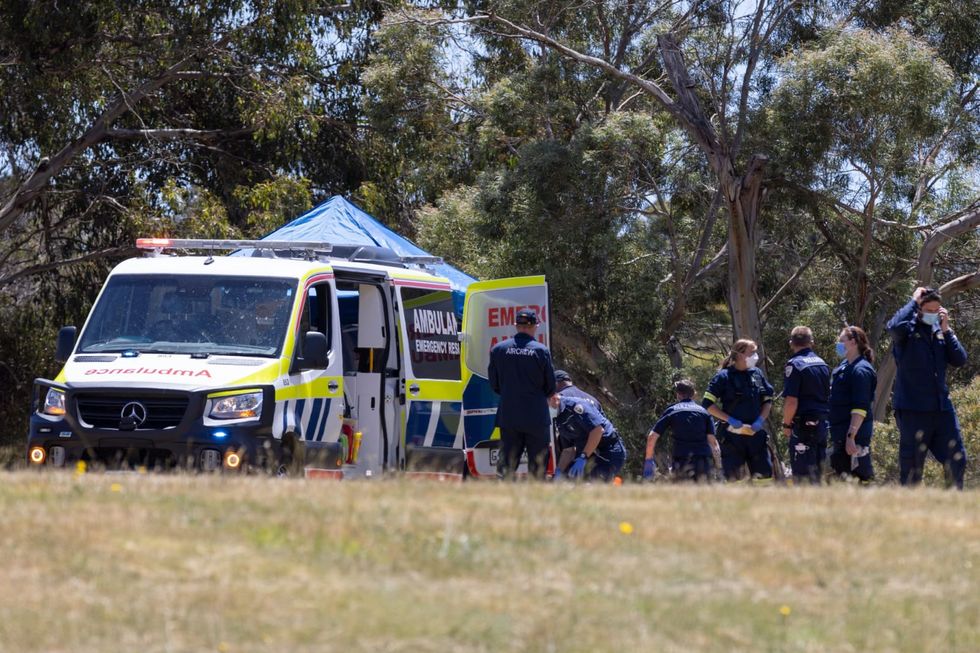 Emergency services personnel inspect the scene at Hillcrest Primary School. Five children have died and four are being treated in hospital, with some critically injured, after a bouncy castle accident in the Australian state of Tasmania, police said on Thursday. Grant Wells/AAP/dpa

A sixth child has died following an incident this week in which a bouncy castle was blown into the air by strong winds at a school in the Australian state of Tasmania, police said Sunday.

“It is with a heavy heart that I can confirm an 11-year-old boy passed away in hospital this afternoon,” police spokesperson Darren Hine said in a statement.

Nine children were seriously injured in the incident, which saw wind pick up a bouncy castle and throw it into the air at an end-of-year activity day at a primary school in Devonport, in the state's north-west.

Two children remain in critical condition at Royal Hobart Hospital, while another is now recovering at home, the statement added.

Hine said an investigation will take some time.

“We are working tirelessly with all parties concerned to ensure the extensive investigation is completed as a matter of priority for the Coroner,” he said.

“Given the magnitude of this critical incident and the need to speak to a large number of traumatised children within a short period of time, we have accepted an offer from NSW Police to assist in conducting interviews in relation to the investigation,” Hine added.

Prime Minister Scott Morrison said on Saturday that an extra 800,000 Australian dollars (570,000 US dollars) will be made available to fund trauma counselling for those impacted.

Some 250,000 dollars will go to first responders involved in the accident and 550,000 dollars to the broader community, Australian nws agency AAP reported.

More than a million dollars has also been raised to support those mourning.