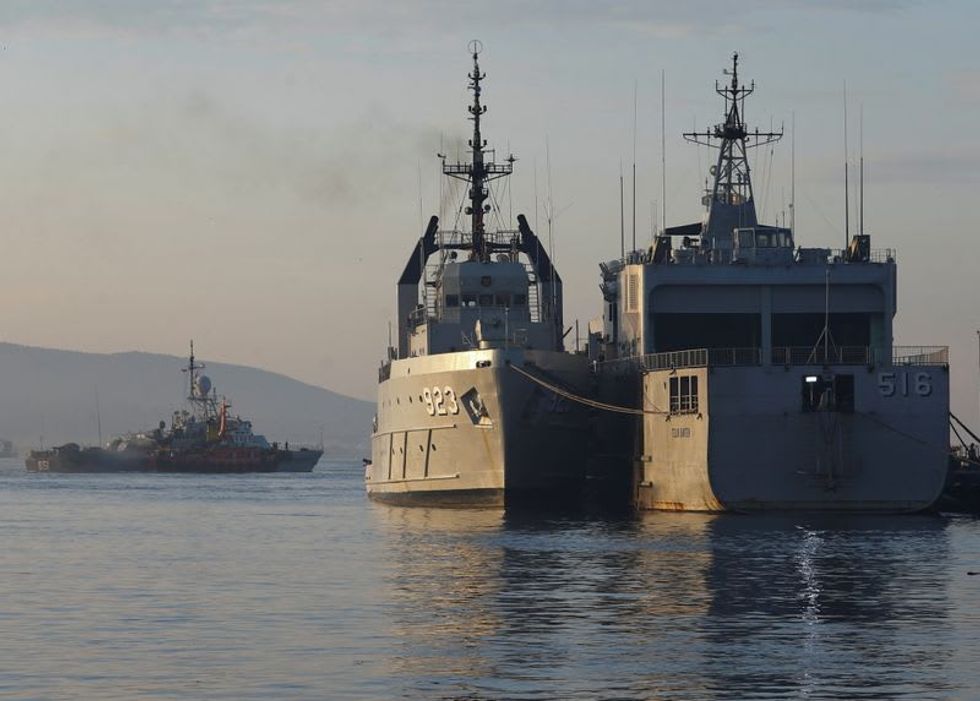 By Nilufar Rizki and Sultan Anshori

DENPASAR (Reuters) -A missing Indonesian submarine has been found, broken into at least three parts, deep in the Bali Sea, army and navy officials said on Sunday, as the president sent condolences to relatives of the 53 crew.

Rescuers found new objects, including a life vest, that they believe belong to those aboard the 44-year old KRI Nanggala-402, which lost contact on Wednesday as it prepared to conduct a torpedo drill.

"Based on the evidence, it can be stated that the KRI Nanggala has sunk and all of its crew have died," military chief Marshal Hadi Tjahjanto told reporters.

Navy chief of staff Yudo Margono said the crew were not to blame for the accident.

President Joko Widodo earlier confirmed the discovery in the Bali Sea and sent the families of the victims his condolences.

"All of us Indonesians express our deep sorrow over this tragedy, especially to the families of the submarine crew."

Search teams said on Saturday they had found objects including prayer mat fragments and a bottle of periscope lubricant near the submarine's last known location, leading the navy to believe the vessel had cracked.

Margono said on Saturday that a sonar scan had detected a submarine-like object at 850 metres (2,790 feet), beyond the Nanggala's diving range.

More than a dozen helicopters and ships are searching the area where contact was lost, with the United States, Australia, Singapore, Malaysia, and India providing assistance.

Residents of the East Java town of Banyuwangi, which hosts the naval base from where search and rescue operations are being conducted, joined nationwide calls to accelerate the modernisation of Indonesia's defence forces.

"This can be a learning point for the government to advance its military technology and be careful in how it uses its (existing) technology because its people's lives are at stake," said 29-year old resident Hein Ferdy Sentoso.

Southeast Asia's most-populous country has sought to revamp its military capability, yet some equipment is still old and there have been fatal accidents in recent years.