Swiss to vote on allowing same-sex marriage in referendum 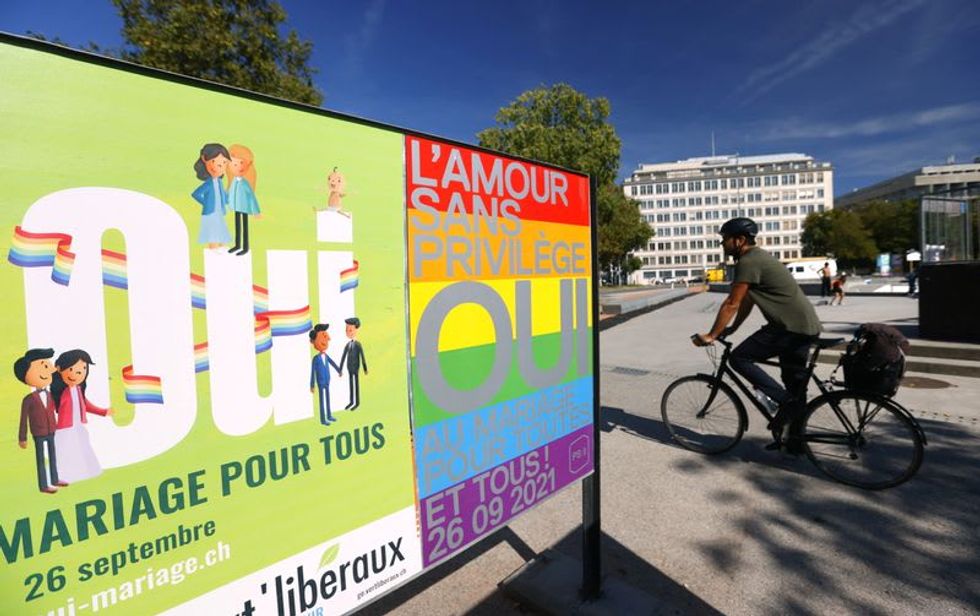 ZURICH (Reuters) - Voters in Switzerland, one of the last Western European countries that still bans gay marriage, will decide in a referendum on Sunday whether to allow same-sex couples to get married and adopt children.

The federal government and parliament have already approved the amended law, but opponents led by the right-wing Swiss People's Party (SVP) forced a referendum on the issue under Switzerland's system of direct democracy.

According to the latest opinion poll, supporters of same-sex marriage were in the lead, with 63% of respondents saying they were in favour, but the "no" campaign has gathered steam over the last weeks.

First indications from the vote are expected at around 1030 GMT and the final result is due later in the day.

The amended law will make it possible for same-sex couples to get married, and to adopt children unrelated to them. Married lesbian couples would also be allowed to have children through sperm donation, currently legal only for married heterosexual couples.

It will also make it easier for foreign spouses of a Swiss individual to get citizenship.