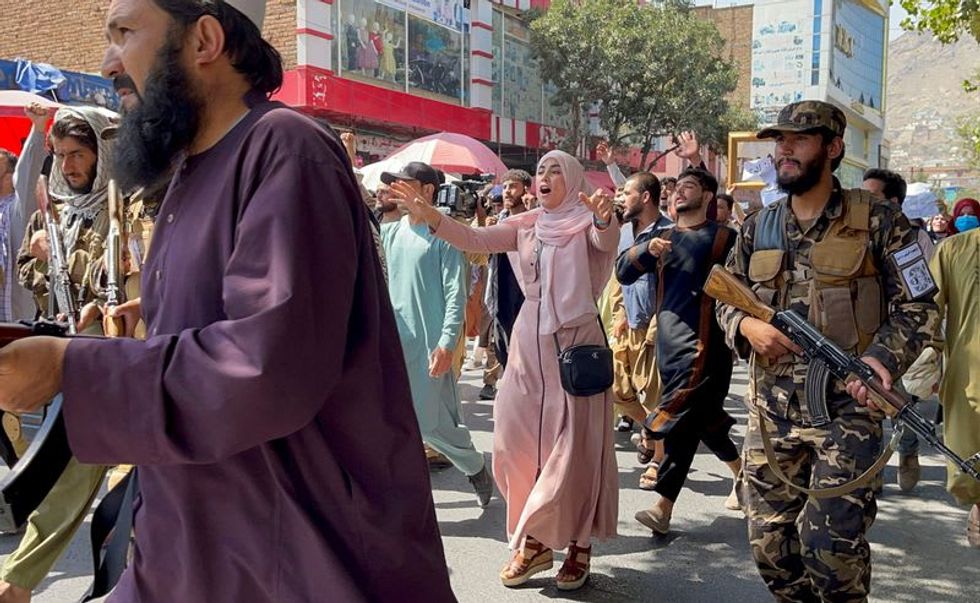 (Reuters) - China and Japan gave a lukewarm reception on Wednesday to the formation of the Taliban's provisional government in Afghanistan following Islamist militants lightning seizure of Kabul last month.

Taliban leaders filled all the top posts in the new government, with no place for outsiders or any women.

China viewed the establishment of a new government in Afghanistan as a necessary step towards the country's reconstruction, a foreign ministry spokesperson said in Beijing.

"We hope the new Afghanistan authorities will listen broadly to people of all races and factions, so as to meet the aspirations of its own peoples and the expectations of the international community," Wang Wenbin told a daily briefing.

The Asian giant, which shares a border with Afghanistan, had urged the establishment of an "open and inclusive" government after the Taliban seized power in August, amid chaos following the withdrawal of U.S. troops that ended a 20-year war.

In Tokyo, a top official said Japan was monitoring the actions of the Taliban and would keep up co-operation with the United States and other countries, while expressing concern over the safety of citizens in Afghanistan.

"Through various efforts including practical dialogue with the Taliban, we are doing the utmost to ensure safety of Japanese nationals and for local staff who remain," said Chief Cabinet Secretary Katsunobu Kato.

He also promised support for Japanese who wanted to leave the south Asian nation.