Beto O'Rourke lays into Ted Cruz: 'People are literally freezing to death in the state he was elected to serve' 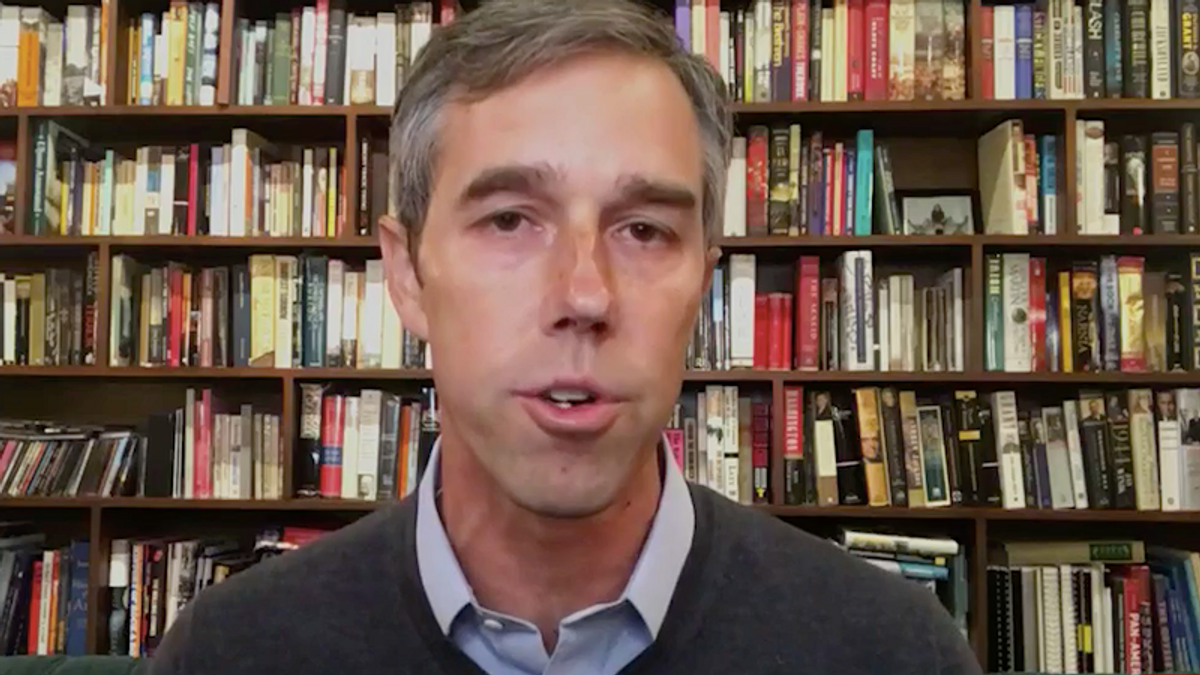 The Democratic former congressman unsuccessfully challenged Cruz in the 2018 election, but he called on the Texas Republican to be held accountable for his role in the deadly Jan. 6 insurrection -- and questioned his character and leadership.

"Unless we hold those responsible accountable for what they did -- yes, that means Donald Trump, but it also means the junior senator from the state of Texas, who I understand is vacationing in Cancun right now, when people are literally freezing to death in the state he was elected to represent and serve," O'Rourke said.

Cruz announced he would join Sen. Josh Hawley (R-MO) and challenge Joe Biden's electors during the congressional certification, which many of the rioters believed would give former vice president Mike Pence an opening to allow Trump to remain in office.

"When Ted Cruz helps to incite that sedition, seeks to overturn a lawfully legitimately democratically decided election, he is just as culpable for the insurrection, the coup attempt, the deaths, including of Capitol police officers who were trying to defend his life and the lives of others who serve in our Capitol," O'Rourke said. "If these folks are not held accountable, if Ted Cruz is not expelled, is not forced to resign, then what you have done is you have set the precedent that it is okay to try to overturn an election, to try to overturn our government, and the proudest democracy on the face of the planet will become a memory if we do not fight for it right now."

"So we should take no comfort in the fact that Joe Biden was successfully sworn in, no comfort in the fact that Congress seems to be operating as normal," he added. "This thing is on a roll right now, and if you look at the Beer Hall Putsch in Germany, it was 10 years later Hitler is chancellor. We are operating under the big lie right now in America. We've got to stop it, [and] that is up to all of us in this great democracy."