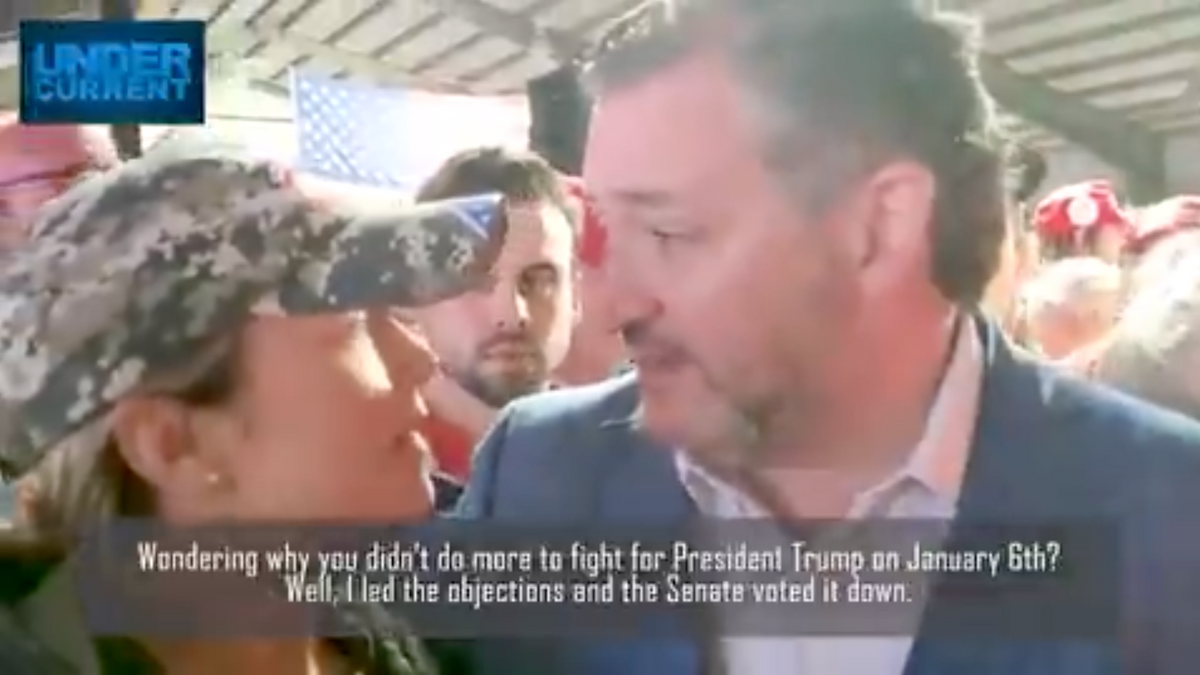 Cruz on camera brags that he "led the objections but the Senate voted it down."

Cruz repeats himself, saying "I led the fight," but does not at any time say that President Joe Biden won the election or that he is legitimately the President. Instead he blames the other Senators for him not having "the votes."

Windsor moves on, asking Cruz what he's "going to do to stop Big Tech from silencing conservatives," a fake claim by the right that is proven false daily here. "Big Tech" sites like Facebook ignore their own rules and terms of service and give preferential treatment that "favors low-quality, far-right content" while strangling liberal news sites.

Cruz gets saved by his handler, who tries to move her along. He insists he's "gotta take pictures" but she's not ready to let him go.

"I'm leading the fight every day, OK?" Cruz, hand on his heart, replies.

NEW VIDEO: @TedCruz wants you to know that HE led the effort to overturn the election in the Senate... take that, Josh Hawley! pic.twitter.com/eadMdgbc1B
— Lauren Windsor (@lawindsor) May 7, 2021