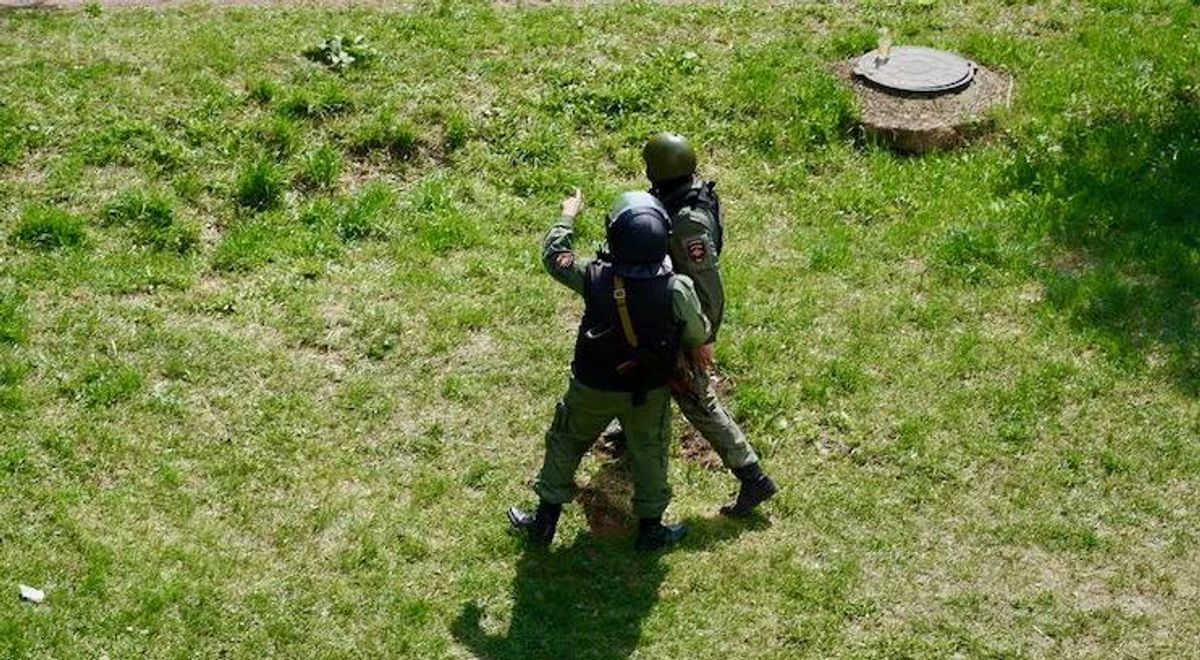 Russian National Guard members respond to a deadly shooting at School Number 175 in Kazan, Tatarstan, Russia May 11, 2021 in this image obtained from social media. © Max Zareckiy via Reuters

A school shooting erupted Tuesday morning in the Russian city of Kazan, killing seven students and leaving 16 other people hospitalized with wounds, according to the governor of Russia's Muslim majority Tatarstan region. A 19-year-old boy was arrested as authorities launched a criminal investigation.

Rustam Minnikhanov, governor of the Tatarstan republic which has Kazan as its capital, said Tuesday that four male and three female eighth-grade students have died in the shooting. Twelve more children and four adults were hospitalized in the attack, Minnikhanov said.

Russia's state RIA Novosti news agency reported earlier that a total of 11 people had been killed in the Kazan school shooting, citing local emergency officials. There was no way to immediately reconcile the differing death tolls.

Authorities said additional security measures were put into place in all schools in Kazan, a city roughly 700 kilometers (430 miles) east of Moscow.

"The terrorist has been arrested, (he is) 19 years old. A firearm is registered in his name. Other accomplices haven't been established, an investigation is underway," Minnikhanov said after visiting the school Tuesday.

Police have opened a criminal investigation into the incident. Footage posted on social media showed a young man being pinned to the ground outside the school building by a police officer.

News footage of the school building also showed dozens of ambulances lined up in front of the entrance.

While school shootings are relatively rare in Russia, there have been several violent attacks on schools in recent years, mostly carried out by students.

One of the last major shootings of its kind took place in Russian-annexed Crimea in 2018 when a student at a college killed 19 before turning his gun on himself.

Kazan is the capital of the Muslim-majority region of Tatarstan and located around 725 kilometers (450 miles) east of Moscow.