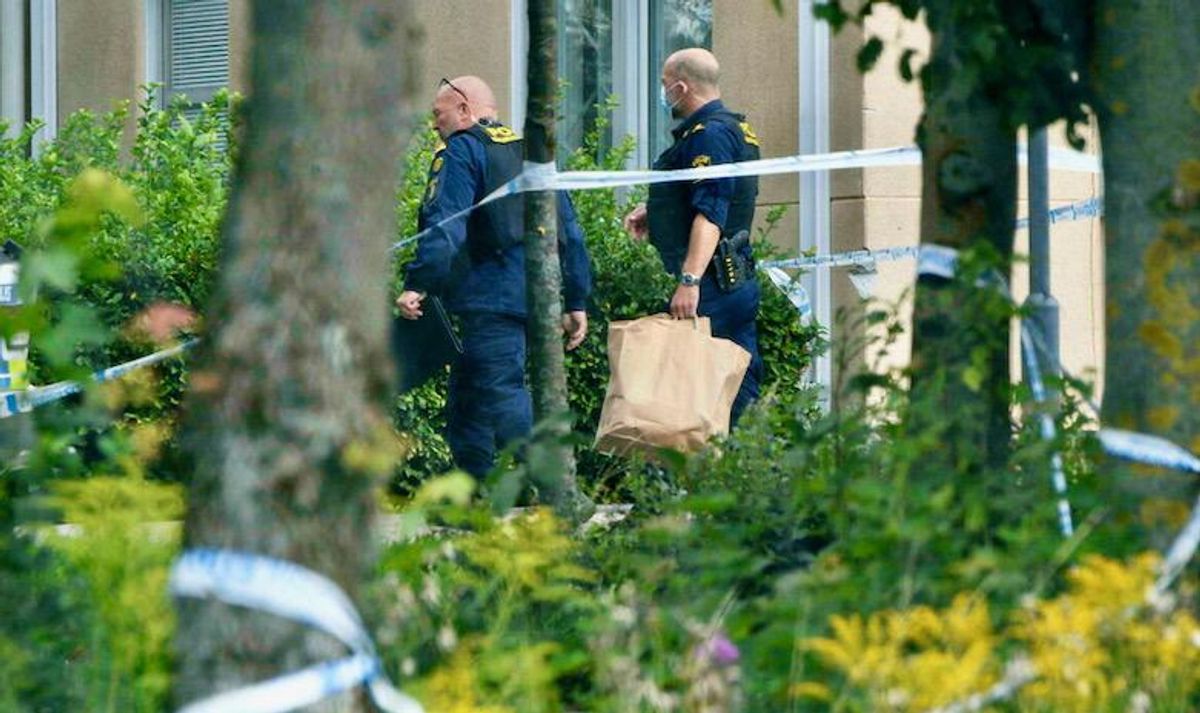 A teenager reportedly wielding a knife was arrested Thursday after entering a school in southern Sweden and attacking an employee who was rushed to hospital, police said.

Witnesses said the assailant walked through school wielding a large knife and wearing a helmet, a mask and what appeared to be a bullet-proof vest, according to reports in local media.

Police rushed to the scene in the southern town of Eslov after receiving an emergency call at 8:40 am as the school day was getting under way.

"Police were able to overpower the suspect... it was quite chaotic at the scene," police spokeswoman Ewa-Gun Westford told reporters.

They did not say whether the assailant, who is 15, was carrying a knife, confirming only that he had a weapon.

It was not clear if the suspect was a student at the school, police said, adding that an investigation was under way.

He was arrested on suspicion of "attempted murder", they added.

The 45-year-old school employee who was injured in the attack was rushed to hospital for surgery.

Details of his injuries were not disclosed.

Media reports said students were locked in their classrooms for more than 90 minutes during the incident, which took place on the second day of the school term.

Some students reportedly jumped out of classroom windows during the attack, witnesses told local media.

"There was a guy with a long knife who came into the school. He was wearing a mask with a skeleton on it, a helmet and what looked like a bulletproof vest. It was really scary," one student told the regional Skanska Dagbladet newspaper.

Eslov municipality said no students had been injured, and that pupils were later evacuated from the school to an adjacent sports hall.

"This is horrible. School should be a safe place for students, teachers and everyone who is there," Eslov mayor Johan Andersson said in a statement.

School attacks are rare in Sweden.

In October 2015, three people were killed in a racially-motivated attack at a school in the western town of Trollhattan by an assailant later killed by police.