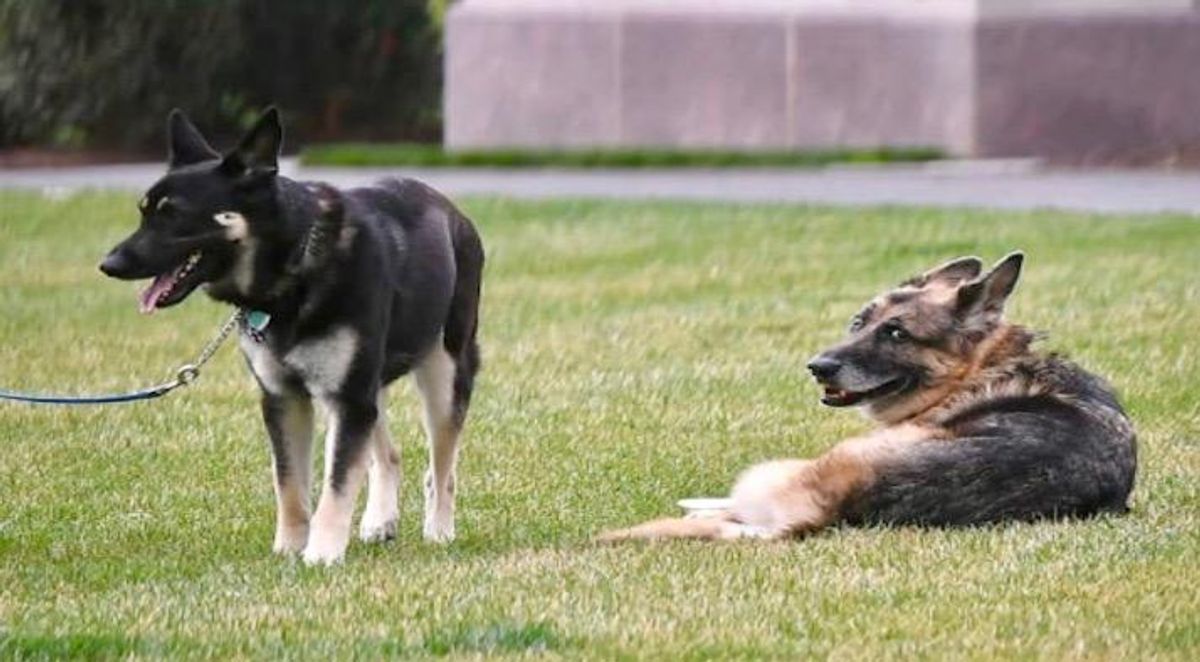 Major, on the left, needs to go back to school, though Champ, on the right, stays at the White House(AFP)

"The off-site, private training will take place in the Washington, DC area, and it is expected to last a few weeks," LaRosa said.

The transition to the White House has been tricky for the German Shepherd, a former rescue pup.

In March, he was briefly sent back to the Biden family home in Delaware after at least one biting incident.

President Joe Biden told ABC News in March that his four legged friend was merely over-protective in the crowded White House complex. The dog gets startled when "you turn a corner and there's two people you don't know," Biden said.

Although the dog already received some remedial training, that does not appear to have done the trick.

But while Major goes off to school, his elderly, fellow German Shepherd companion Champ will stay with his masters.

"Champ will be here," LaRosa said.