Texas building its own 'wall' on Mexico border: governor 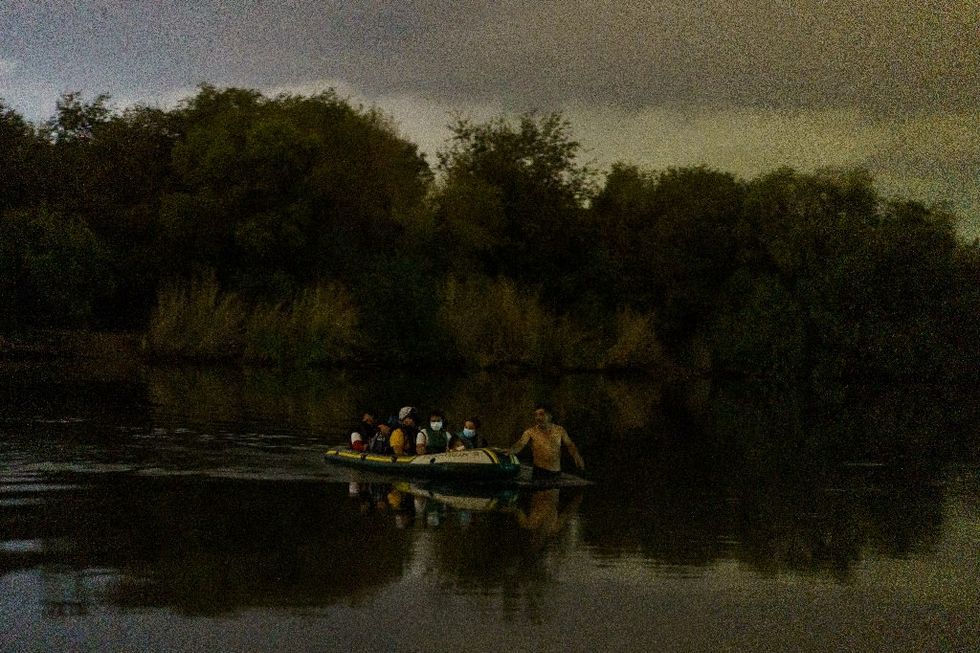 A smuggler pulls a raft across the Rio Grande between Miguel Aleman, Mexico and Roma, Texas on July 7, 2021

"Texas is taking what is really an unprecedented step by any state in the country," Abbott said, telling a news conference about construction of "a wall on our border to secure and safeguard the sovereignty of the United States and our own state."

Such a wall "is needed for one single reason, and that's because the Biden administration has failed to do its job," he said from Rio Grande City, speaking in front of a crane and steel bars.

The governor, who is said to have his own White House ambitions, denounced the "deadly consequences" of Biden's border policies.

"This border wall that you see behind us is a replication of the border wall that president Trump put up, same material, same concept," he added, referring to Biden's predecessor, Donald Trump.

Trump famously made the construction of a wall along the US-Mexico border a plank of his administration, though much of the 452 miles (727 kilometers) he managed to build over his four-year term was replacing existing barriers.

The work was halted when Biden took office in January this year.

The Democratic president has been criticized for his management of illegal migration, with some on the left denouncing what they say are the harsh policies still in place, and the right demanding even harsher ones.