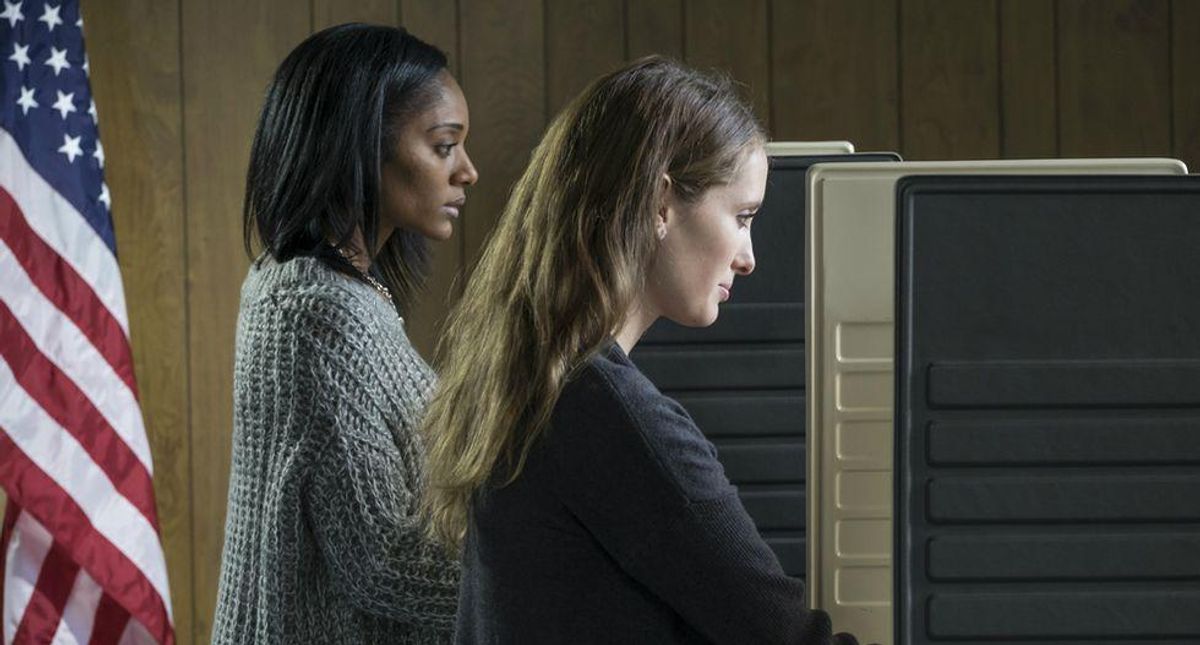 The Republican Party of New Mexico believes there is a legitimate reason for the low voter turnout they saw during the state's special election on Tuesday, June 1. According to HuffPost, they are attributing the lack of voter morale to "'angry' Republican voters who 'questioned election integrity.'"

The publication reports: "The voter turnout drop-off for Republicans was more pronounced than the drop-off for Democrats. Stansbury received 42% of the vote total that Haaland received in 2020, while Moores got 34% of the votes of 2020 GOP candidate Michelle Garcia Holmes."

Based on the party's email sent on Tuesday, June 1, the Republican Party's frustrations appear to lie within their own actions. Shortly after the presidential election, former President Donald Trump's false claims of voter fraud were echoed by Republican lawmakers across the United States.

In fact, in New Mexico, a state where Trump lost by approximately 11% of the vote, some Republican lawmakers actually believed his loss was solely a result of fraud.

"They claimed, incorrectly, that votes appeared out of nowhere and that Republican observers were not allowed to watch post-election canvasses. Neither of these were true. The party sued to invalidate the state's results after state electors voted for Biden, the winner of the state's popular vote, on Dec. 14. The lawsuit was dismissed."

After the insurrection on the U.S. Capitol and the certification of President Joe Biden's win, Republican lawmakers continued to perpetuate Trump's Big Lie. In New Mexico, "the party endorsed legislation introduced by a state GOP legislator to disenfranchise the 500,000-plus New Mexicans who voted for President Joe Biden and award the state to Trump," the publication reports.

Despite the pushback against claims of voter fraud, Republican lawmakers in the state are still operating under the guise of the Big Lie endorsed by Trump. Shortly after the insurrection on the U.S. Capitol, New Mexico GOP chair Steve Pearce, a former congressman, expressed concern about the future of democracy.

He said, "Our democracy has been tarnished," by "anomalies and issues that were never addressed."