The long history of women warriors 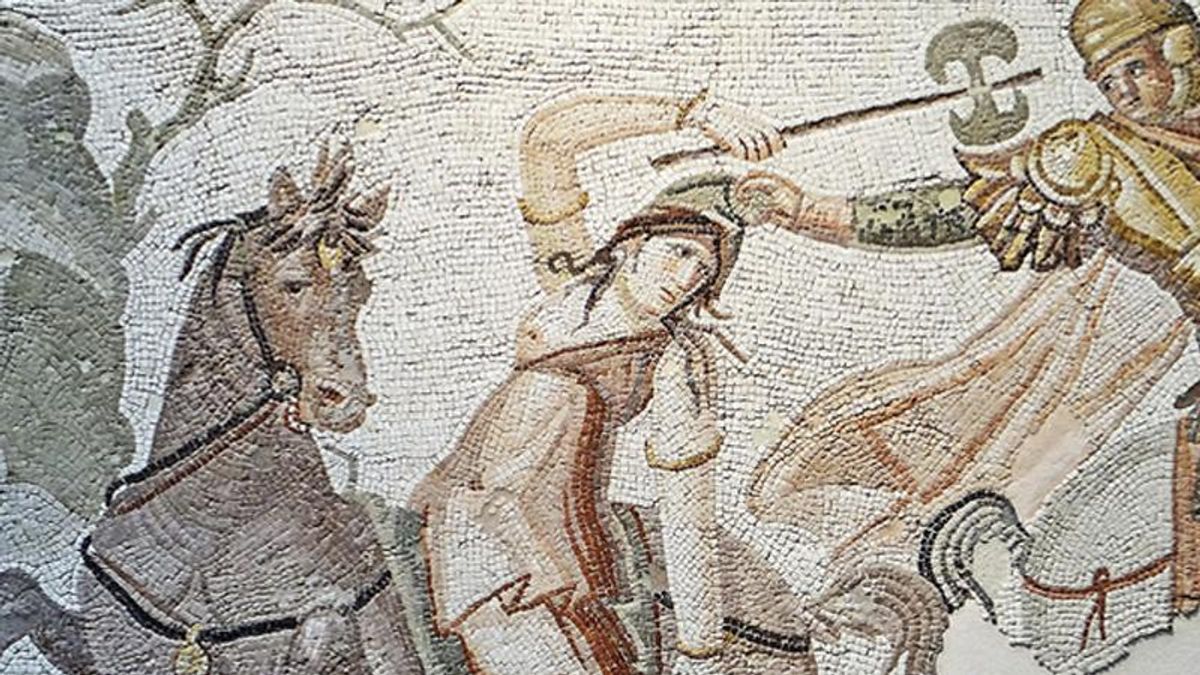 The American experience with true women warriors—not just our wonderful Hollywood Wonder Woman—has only recently begun. However, with the benefit of recent archaeological discoveries and re-examinations, we can say that women have been warriors—or certainly hunters—for millennia.

An important milestone occurred in 1976, when the first young women were allowed to enter the three service academies. I was privileged to teach the first group at the U.S. Military Academy at West Point and, in 1980, to witness the first female cadets graduate in 1980 and become second lieutenants.

A significant transformation in the roles women play in the military took place in December, 2015, when the Department of Defense opened to women combat roles across the services. Secretary of Defense Ashton Carter stated: "There will be no exceptions." "They'll be allowed to drive tanks, fire mortars and lead infantry soldiers into combat. They'll be able to serve as Army Rangers and Green Berets, Navy SEALs, Marine Corps infantry, Air Force parajumpers and everything else that was previously open only to men."

In that same year the Army opened its most challenging training course to women—Ranger School. Lieutenants Kristin Geist and Shaye Haver became the first women to graduate from the school,--a tough, 61-day course—the most demanding training I underwent in my 21-year Army career. As of April 2020, 50 women have graduated from the course.

Recent archaeological discoveries and studies show that these current women warriors have actually a long pedigree. Women as warriors—or certainly hunters and not simply gatherers—have a long history reaching back thousands of years to pre-history.

In November of last year, researchers found that the remains of a 9,000-year-old hunter buried in the Andes mountains was a woman. The specialized tool/weapon kit at the burial site indicates she was a big game hunter.

This discovery encouraged the researchers to re-examine evidence from 107 other graves throughout the Americas from the same time period. Out of 26 graves with hunter tools, they were surprised to discover 10 contained women.

These discoveries challenge the traditional beliefs about gender roles in pre-recorded history: Men hunted and women gathered. The picture is now more mixed.

The richest body of literature and artifacts on women warriors in ancient Western history is found in ancient Greek history, and it deals with the mythical Amazons. Amanda Foreman, writing in the Smithsonian Magazine, (April, 2014) explains that the ancient Greek poet, Homer, writing in the 8th century BCE, was the first to mention these women warriors. In his "Iliad," he mentions them briefly as Amazons "antianeiria," a term translated variously as "antagonistic to men" or "the equal of men." In any case, Homer made these women brave and stalwart military opponents to the Greek male military heroes, who of course always vanquished these women warriors.

Future Greek writers continued referencing the Amazons. For example, they supposedly fought for the Trojans in the Trojan War. Also, the demi-god Heracles completed his ninth labor by taking the magic girdle of the Amazon queen, Hippolyta.

Thus tales of the Amazons became inextricably intertwined with the rise of Athenian democracy which began in the 6th century BCE. In this century, images of Amazons battling Greeks spread; they appear not only on pottery but also on their architectural friezes, jewelry, and household items.

Recent archaeological discoveries dating back to the 5th century BCE indicate that the Amazons were rooted in real equestrian, nomadic women of Eurasia—the Scythians. Adrienne Mayor, writing in "National Geographic History" (May/June 2020) states that the Greeks would have encountered these women in the 7thcentury BCE as they established colonies around the Black Sea.

Excavations of Scythian burial mounds began in the 1940s, and revealed skeletons with spears, arrows, axes, and horses. Originally identified as male, more recent DNA testing shows that some human remains were women. About one-third of the Scythian women found in the burial sites had weapons. Also, their bones have indications of combat: marred ribs, fractured skulls, and broken arms.

It is clear that the more egalitarian society we Americans continue to strive to create had an antecedent on the steppes of Eurasia.

Contributing editor Fred Zilian (zilianblog.com; Twitter: @FredZilian) is an adjunct professor of history and politics at Salve Regina University. He is writing a book on The Challenge of American Civilization.