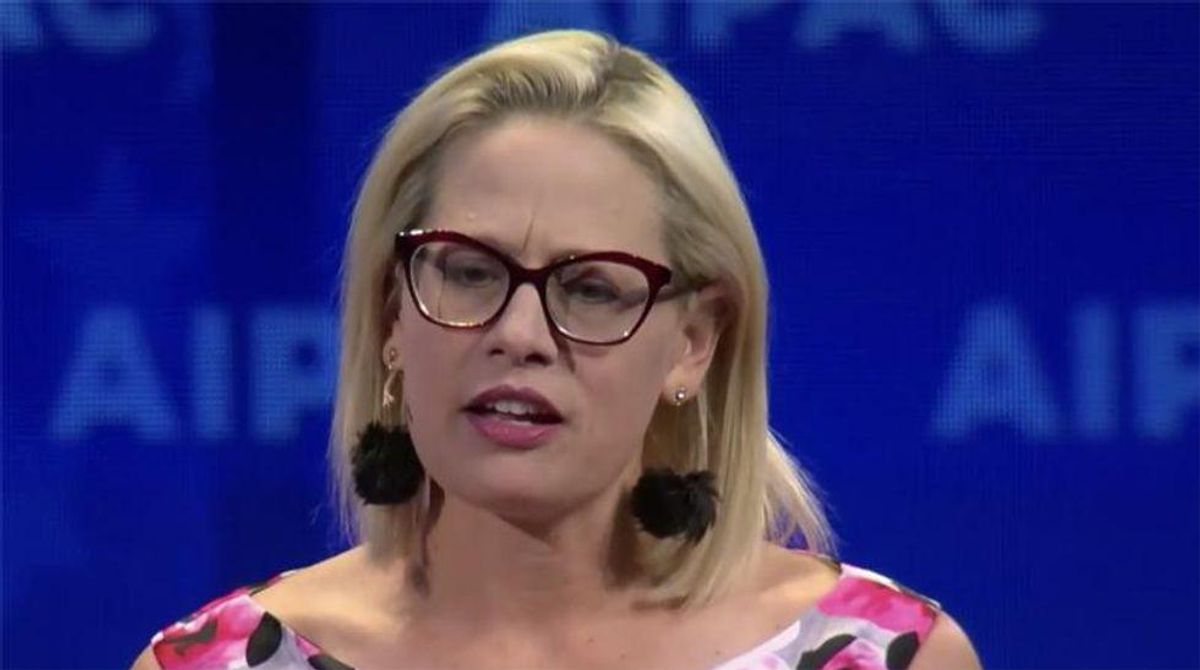 This past Memorial Day weekend was bookmarked by two major events meant to continue Donald Trump's efforts to overthrow democracy. On Friday, Republicans in the Senate used their filibuster power to shut down debate on the formation of a bipartisan commission to study the Capitol insurrection Trump incited on January 6. A million excuses were offered by Republicans, but of course, the real reason is that they support Trump and his efforts to undermine U.S. democracy. Thus on Sunday, Republicans who control the Texas legislature moved to pass a law that, along with draconian efforts to keep huge swaths of Texans from voting, would also make it easier to simply throw out elections if Democrats win them.

Republicans gonna Republican. Both the base and party leaders are radicalized against democracy and show no signs of waking up or developing a conscience. But what was interesting in these two stories is the categorically different reactions that Republicans got from Democrats.

In the Senate, Democrats lamely rolled over for Republicans blocking the commission, even though they had a strong majority of 54-35 to support moving forward. The reason is simple: Centrist Democrats, mainly Sen. Joe Manchin of West Virginia and Sen. Kyrsten Sinema of Arizona, have decided that it's more important to preserve the filibuster than to let the party that won the election —the Democrats, in case anyone forgot — actually govern.

Sinema didn't even bother to show up for the commission vote, once again going out of her way to remind her constituents of how much contempt she has for them. Manchin, on the other hand, made a big public stink about how "disheartening" it was to see Republicans do what pretty much everyone told him they were going to do, and vowed, "I'm going to fight to save this country."

But while Manchin likes to talk a big game, he still refuses to do the one thing that would actually save the country: Get rid of the filibuster. He and Sinema, whose votes are necessary to change Senate rules, keep mindlessly insisting that the current situation is somehow good for bipartisanship and compromise. In reality, Republicans routinely use the filibuster to single-handedly block not just bills, but even holding Senate debates about bills. No "fight" is required in order to save the country. All that Manchin and Sinema need to do is agree to vote to end the filibuster, and voila! Legislation to save the country can start to flow through Congress. It's as easy as having lunch and taking a nap, but Manchin and Sinema won't do it.

Meanwhile, in Texas, Democrats showed what actually fighting to save democracy looks like.

When Republicans tried to pass their Jim Crow-style assault on voting rights, Democrats in the legislature walked out Sunday night, denying the GOP the quorum necessary to pass the bill. "We knew today, with the eyes of the nation watching action in Austin, that we needed to send a message," Democratic state Rep. Trey Martinez Fischer told reporters the next morning, demanding "a national response to federal voting rights."

Senate Democrats, especially those who are upholding the filibuster, should be wracked with shame witnessing the situation in Texas. These state legislators basically have no real power and yet they are doing everything they can to preserve the basic notion that Americans have a right to vote for their leaders. But because a couple of centrist Democrats are infatuated with the filibuster, the actual Democratic majority in the Senate is hamstrung to do even the bare minimum to save U.S. democracy from Trump and Republicans' scheming.

Trump is planning to restart his rallies next month, and, as Maggie Haberman of the New York Times reports, he "has been telling a number of people he's in contact with that he expects he will get reinstated by August." All of which is to say, Trump is clearly going to start turning up the already blazing hot temperature of the Big Lie and the accompanying demands that Republicans in power do more to make sure to end the practice of free and fair elections. Republicans across the country have already done a ton of work to dismantle the systems that ensured that the rightful winner of the 2020 presidential election, Joe Biden, was able to assume office. With Trump escalating the pressure, it's terrifying to consider how much worse this will get.

Clearly, more is needed to fight back than Manchin putting out press releases whining about how he thought Republicans were better than this. The good news is that he and Sinema don't have to do anything as drastic as flee the Capitol building, like Texas Democrats did. All they need to do is stop being such willfully stubborn asses who are standing in the way of basic democracy reform out of a misguided enthusiasm for a "bipartisanship" that never materializes.