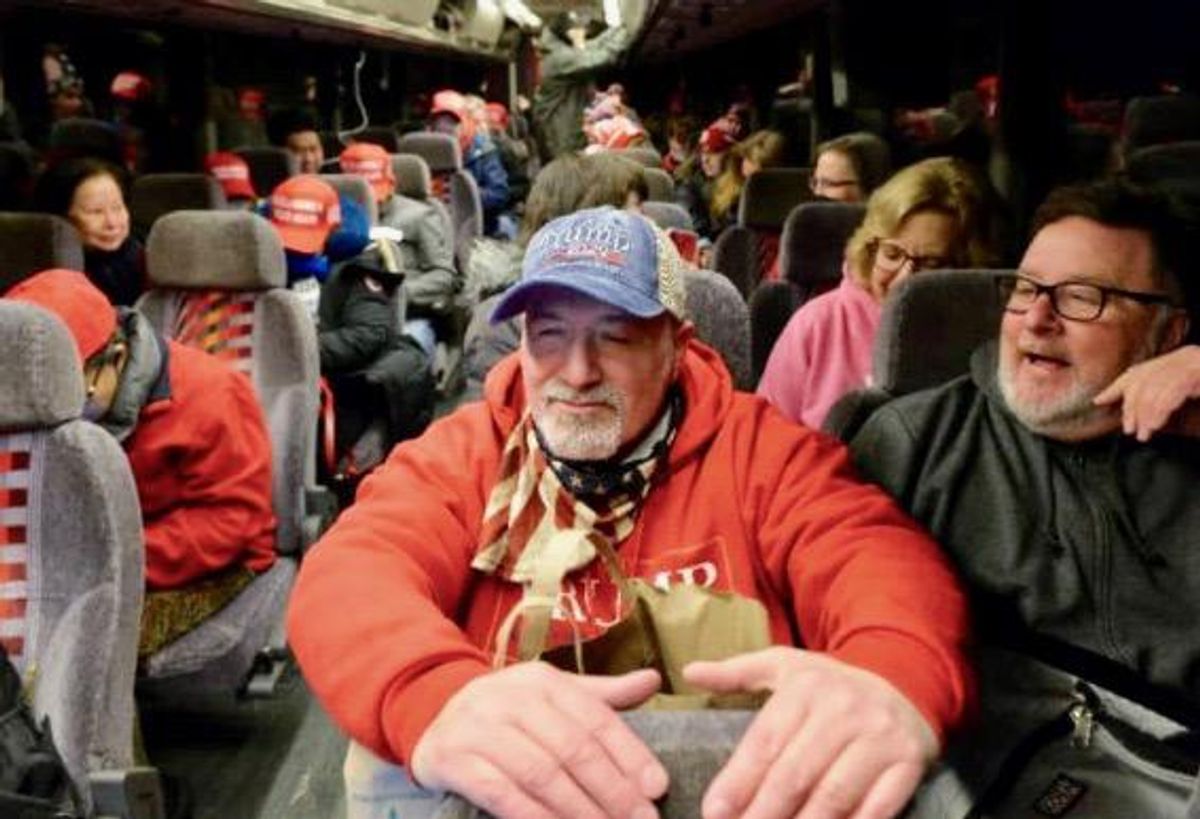 'I believe they cheated'

"When Trump was inaugurated, I was so happy," said Gia Maxson, a yoga teacher and devout Catholic from Hickory, North Carolina.

"I went to two Trump rallies. They were wonderful, uplifting, positive experiences," she added.

Maxson refuses to believe that Trump supporters stormed the US Capitol two weeks' ago, even though it was caught on countless cameras.

"That was all staged so they could shut them down. They tried everything in their power to get rid of him in the beginning. They finally figured out a way to assassinate him."

"I am fearful, angry, absolutely stunned this could happen in America," she said.

She usually watches inaugurations but decided not to tune in this year.

"I believe it is completely illegitimate, I believe they cheated. There is no way Biden got 80 million votes," says Maxson, referring to unfounded claims of voter fraud.

"I hope a new party can be launched -- the Patriot Party. That would be the best case scenario, the end of the two-party system."

Doug McLinko, a local Republican representative in Bradford County, Pennsylvania, worries that the Democratic Party might try to scrap the Electoral College system.

"Rural America will have no voice, only major metropolitan areas," he said.

"This country has never been as divided," added McLinko, saying he takes issues with some on the left referring to Trump supporters as neo-Nazis.

"You call somebody a Nazi -- I don't think there is a worse phrase and yet that's what they do and next they talk about healing the country," said McLinko.

"I think the impeachment is completely unconstitutional. They seem to forget that 75 million people voted for him," he added, also believing that Trumpism is here to stay.

"The national populism is more than Donald Trump and that is going nowhere."

No confidence in Biden

"I feel like Biden's going to undo everything that Trump's done," said Sharon McGettrick, a health insurance worker from Clearwater, Florida.

"I was hoping that we would still continue with this immigration situation, with the wall which now they're saying that they're not going to.

"We're not going to have those choices anymore, to have that freedom of speech. They're trying to take guns away too," she added.

McGettrick believes the Covid-19 pandemic was "orchestrated" by China to damage the United States financially.

"There is no middle class anymore. You're either rich or you're poor. I'm making $31,000 a year, which if you look at the statistics means I'm in poverty.

"Maybe I should not be so presumptuous and think that he's not going to do things for our country but I just don't have the confidence in him like I get with Trump," she concluded.

Trump 'not going away'

Tim Hearn, a small business owner from the Charlotte area of North Carolina, says politicians in Washington have "created an environment within Congress that has become more of a job and a lifestyle than a position of service to the country."

"Trump brought jobs back to America that were sent overseas by previous administration, whether they were Republican or Democrat. It wasn't just a red versus blue scenario. It was America versus the globalists," said Hearn.

He thinks energy costs are going to go up under Biden's administration, which will kill his business.

"If he wants to raise the minimum wage, it is going to hurt us as well," he added.

Hearn thinks Biden's government will do "everything they can" to "cancel" Trumpism.

"It's not going to go away. People are going to still have the movement inside of them," he added.

"If Trump doesn't run again, I think if there's a place for Don Jr to run. I think he's the only one that could take the torch and go with it."