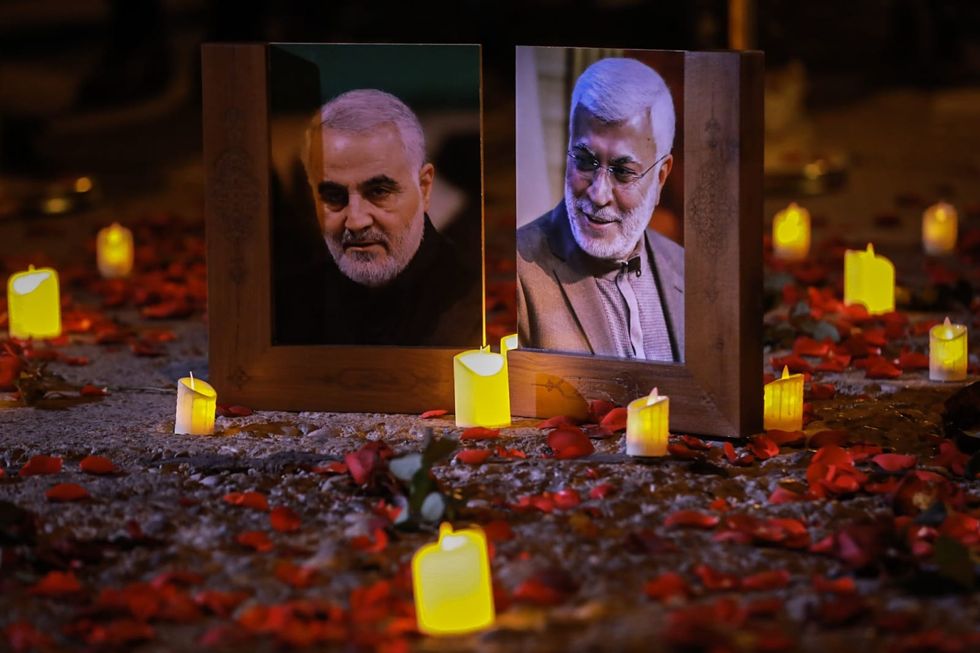 Anniversary of Soleimani assassination in Baghdad - Iraqis commemorate the one-year anniversary of the deaths of Iranian military commander and head of it's Quds Forces, General Qasem Soleimani, and Iraqi militia commander Abu Mahdi al-Muhandis at the site of their assassination by the U.S. near the Baghdad Airport. - Ameer Al Mohammedaw/dpa

Thousands of Iraqis on Sunday commemorated the first anniversary of the assassinations of a top Iranian general and a leader of a powerful Iraqi Shiite militia by a US airstrike. Last year's US strike near Baghdad airport killed Qassem Soleimani, the commander of Iran's elite Quds Force, and Abu Mahdi al-Mohandes, the deputy head of Iraq's Hashd al-Shaabi militia, along with several other Iran-allied militiamen. Streets leading to central Baghdad's Tahrir Square were packed with thousands of protesters who converged on the site since the early morning. The protesters raised pictures of Soleima...