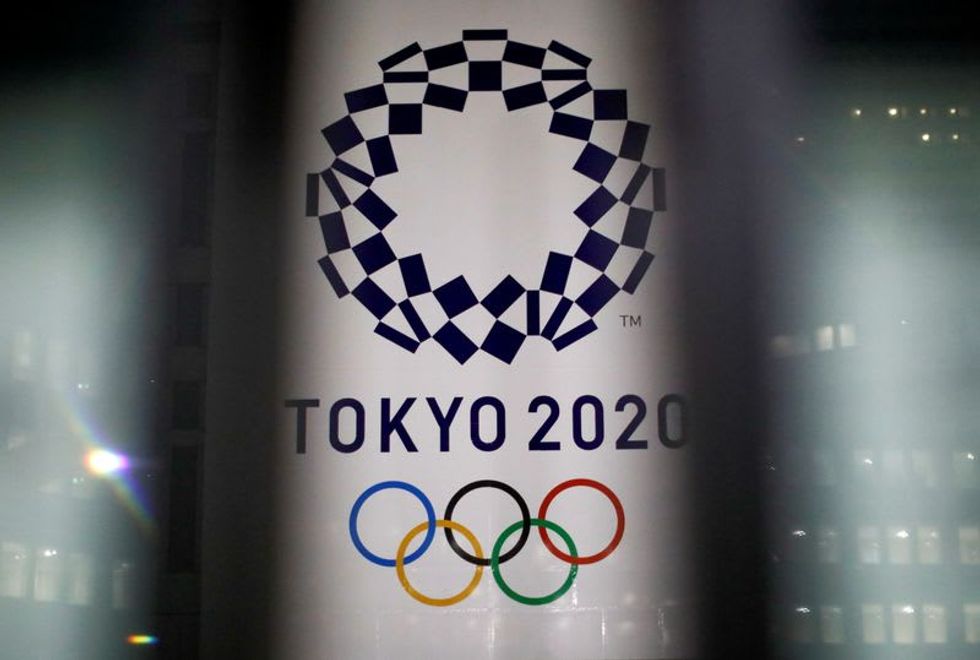 By Eimi Yamamitsu and Elaine Lies

TOKYO (Reuters) -A top executive of Tokyo 2020 Olympic Games sponsor Toyota Motor Corp said officials of the Japanese company felt "conflicted" over the desire to see the Olympics succeed and public concerns about holding the event during a pandemic. Less than three months before the Games begin on July 23, Japan is battling a surge in coronavirus infections, and a majority of the population wants them cancelled or postponed for a second time.

"As sponsors, it breaks our heart to see public discontent aimed at athletes," the automaker's operating officer, Jun Nagata, told an earnings briefing on Wednesday.

"To be honest, we are conflicted every day over what the best course of action is." To forestall a virus outbreak during the event, Japan is preparing to offer vaccinations to about 2,500 Olympic and Paralympic athletes and support staff, using donated shots amid public anger over the slow pace of its inoculation campaign.

Just 2.6% of the population has been vaccinated, and reports last month of priority for athletes spurred anger on social media.

Officials of national Olympic and Paralympic panels said they were asking each athletic federation how many people wanted to be vaccinated and when.

"Our officials are saying we'll make sure we don't cause trouble for the overall population," said Miho Kuroda of the Japan Paralympic Committee.

The Yomiuri Shimbun newspaper said vaccinations could start as early as June, but officials said the timing and details, such as who would give the inoculations, remain unclear.

Last week, Pfizer Inc and its German partner BioNTech SE said they would donate vaccine doses to the International Olympic Committee (IOC) to help inoculate athletes and their delegations to both Olympic and Paralympic Games.

Japan has only approved the Pfizer vaccine, though approval for others is imminent. Vaccinations have also been slowed by supply issues and rules that only doctors or nurses can give the shots, although dentists received permission last month.

The IOC, organisers in Japan and the government have repeatedly vowed to hold the Games as scheduled until Aug. 8, despite rampant criticism.

The governor of Ibaraki prefecture, which is to host some Olympic soccer events, said a further postponement or outright cancellation should be considered if the pandemic worsened.

"I don't think we can gain the understanding of the international community, let alone Japan, if we were to host the Olympics in the midst of a medical collapse," Governor Kazuhiko Ooigawa told a news briefing on Tuesday.

Ooigawa added that he declined a request from the Tokyo 2020 Organising Committee for hospital beds to be reserved for the athletes.

In an article on Tuesday titled, "A sports event shouldn't be a superspreader," the New York Times newspaper joined the calls for cancellation.

"It's time to listen to science and halt the dangerous charade," it said.

Japan has escaped the worst of the pandemic, but 11,000 people have died and the medical system has been severely stretched by the latest surge, with 925 new infections on Tuesday in Tokyo, the capital.