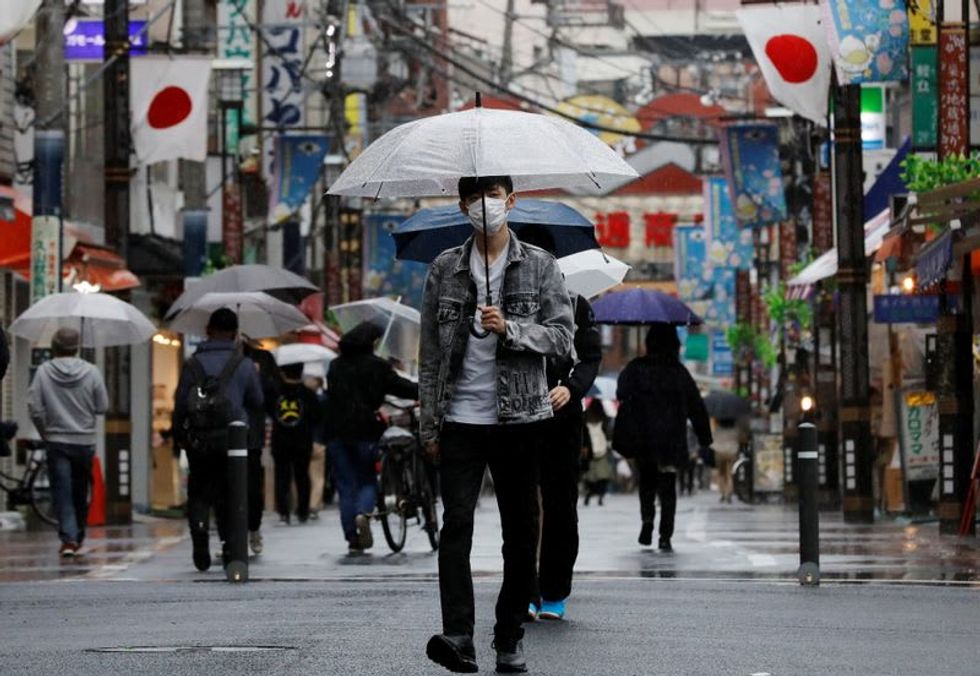 TOKYO (Reuters) -Tokyo Governor Yuriko Koike said on Thursday an extended state of emergency was needed to contain COVID-19 infections that are straining the medical system in the capital, a move that could raise further questions about its ability to host the Olympics.

Japan had hoped that a "short and powerful" state of emergency would contain a fourth wave of cases just under three months before Tokyo is scheduled to host the Olympic Games. But the declaration, started on April 25 and due to end on Tuesday, has failed to halt an increase in new infections and serious cases.

Tokyo will discuss the appropriate extension with neighbouring prefectures and the central government, Koike said following a meeting with health experts.

"Based on the analyses from various angles, my thinking is that we need an extension of the state of emergency," Koike said.

Mutant strains of the virus are becoming dominant, increasing cases among younger people and driving concern that the current surge could exceed the third wave that crested in January, Koike said. She called on residents to curtail movements to contain infections.

Though Japan has not suffered as badly from the coronavirus as other nations, its vaccination programme is lagging badly with fewer than three months left before the Summer Olympics, postponed by a year, are set to start.

Tokyo on Thursday recorded 591 new coronavirus cases. Some 10,500 people have died across Japan since the pandemic began.

Officials were leaning toward an extension of the measures in Tokyo, Osaka, Kyoto and Hyogo prefectures beyond May 11, three sources told Reuters on Wednesday. The area covers nearly a quarter of Japan's population.

Osaka Governor Hirofumi Yoshimura also said his office would request an extension from the central government.

"I think we cannot help but to ask for an extension ... considering the current situation on infection cases and the medical system in Osaka reaching its limit," Yoshimura told a meeting of experts.