The Conversation
Shortly before crowds of his supporters stormed the Capitol on Jan. 6, Donald Trump implored them to “take back our country." His words echoed a long history of authoritarians who have attempted to privatize power and turn it into personal property.

Taking back what is yours would not, by this logic, be trespassing, terrorism or treason. Instead, it is merely setting things right. By inciting a predominantly white crowd to lay siege to an institution that was ratifying what they had been told was a “stolen" election, Trump was trying to preserve his presidency as if it were private property – his to keep, or give away.

As scholars of comparative authoritarianism, we have come to learn that this is nothing new. History offers plenty of egregious examples of autocrats who treated their office and powers as their private property. Louis XIV, king of France, did not know how to distinguish between himself and the state. According to the legend, the “Sun King" said that he was the state or, modified in property terms, that the state belonged to him. 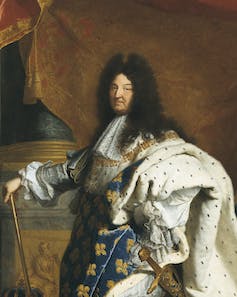 The Sun King in all his pomp.

Whether autocrats come to office by chance of birth, are elected or usurp the leadership of the state, they almost habitually succumb to the temptation to regard their position not as a temporary loan, but as capital they can dispose like landlords. The way autocrats deal with tenure, succession and state assets reveals how they treat political power as private property.

Once elected, fairly or after manipulation, autocrats tend to wrench power from a legitimate government and, if necessary, remove the time limits on their term of office.

In the case of China's Xi Jinping, this was achieved through cosmetic constitutional changes handled by compliant party cadres. Referendums, marred by intimidation and violence, had the same result of extending the tenures of Alexander Lukashenko in Belarus, Abdelaziz Bouteflika in Algeria and Hugo Chávez in Venezuela.

Brazen despots, such as Uzbekistan's former leader Islam Karimov, simply disregard a constitutional term limit. Vladimir Putin sidestepped it by first setting up a stooge, Dmitry Medvedev, before faking a fresh start after manipulating the constitution.

When it comes to Trump, he dealt with the looming end of his term of power through denial. The lost election forced him to deny it happened, instead claiming a landslide victory. Against all evidence, Trump decried what he claimed was electoral fraud, insisted on repeated recounts and filed a flurry of lawsuits without merit.

But even Trump-appointed Supreme Court justices could not defend his claims to what he believed to be his own: the presidency. Trump's last call to manufacture facts that supported his denial went out to Georgia's secretary of state to find over 11,780 votes.

Following the example of hereditary monarchies, autocrats have a penchant for controlling the transfer of political office as property. Acting as if they “own" the power justifies the selection and anointing of an heir. It also ensures the tacit amnesty of any crime they may have committed by putting in place someone likely to absolve them and the gentle continuity of authoritarian rule to continue their legacy.

Hardcore versions of this include the Kim dynasty in North Korea and the Assad family clan in Syria, in which the authoritarians guarantee continuity through their offspring. Elsewhere, it is wives – for instance Eva Perón in Argentina and Imelda Marcos in the Philippines, who became powerful national figures utilizing the base of support that their spouses had amassed. 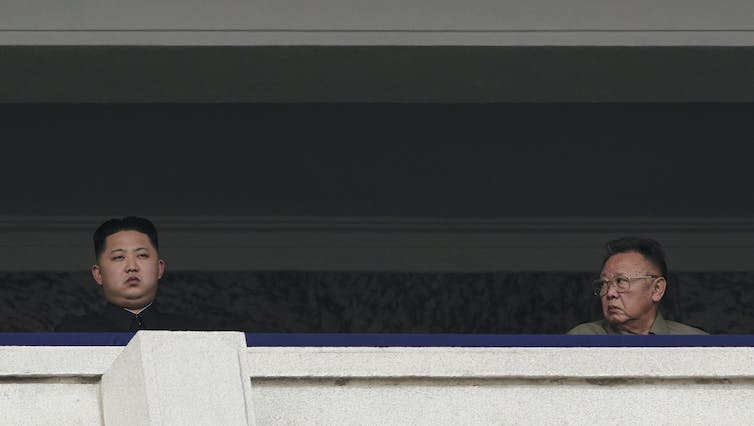 Meanwhile for others it is friends, such as Nicolas Maduro in Venezuela, who was a Chavez loyalist, or personal physicians, such as the murderous François “Papa Doc" Duvalier in Haiti, who become confidants to ruling strongman leaders and then heirs to the throne.

Under Soviet-style communism, the party first takes the place of power as the legitimate heir to ensure unbroken continuity.

Succession tends to be more difficult where reasonably reliable elections carry the risk of expropriating the holder of power.

Trump may have intended to eliminate this risk by combining denial of the results with court action, the spread of false narratives and the incitement to insurrection of his followers.

Political authoritarianism pays off, history has shown, especially for those who ruthlessly commercialize their position of power. They assume that by virtue of their office they are entitled to the assets of the state, or rather society, for private use.

Authoritarian leaders have tended to disdain generating a regular income, so their hidden balance sheets read much like those of operational networks of organized crime specializing in theft, embezzlement, fraud and bribery. Latter-day autocrats conceal, as best they can, the sources of their wealth or refuse to pay taxes. Hitler had his tax debt waved in 1935 and then declared that paying taxes was incompatible with the political office of the Führer. Putin's declared income compares to that of a mid-level Russian bureaucrat, while in reality, by conservative estimate, his assets amount to over US$200 billion. It has remained unclear until today how former Italian Prime Minister Silvio Berlusconi increased his already considerable wealth during his four terms. He was convicted of tax evasion and balance-sheet fraud. Chilean dictator Augusto Pinochet spread his and his family's ill-gotten liquid assets in over 100 accounts in the U.S. alone.

Trump broke with the practice of presidential candidates and presidents by persistently refusing to disclose his tax returns, a refusal his lawyers justified before the Supreme Court on the grounds of “irreparable harm." Trump also took advantage of his office to enrich family members by providing them with business opportunities. At a cost to U.S. taxpayers, the Trump company charged the Secret Service for rooms at Trump properties. The entrepreneur-entertainer has seemingly glorified in the monetary benefits of his presidency with notions that he embodies “the Great" America.

It remains to be seen whether U.S. democracy will have the strength to expropriate ex-President Trump, take away from him the perks – honor, trust and profit – of the presidency and teach whoever may follow the difference between private and public property.