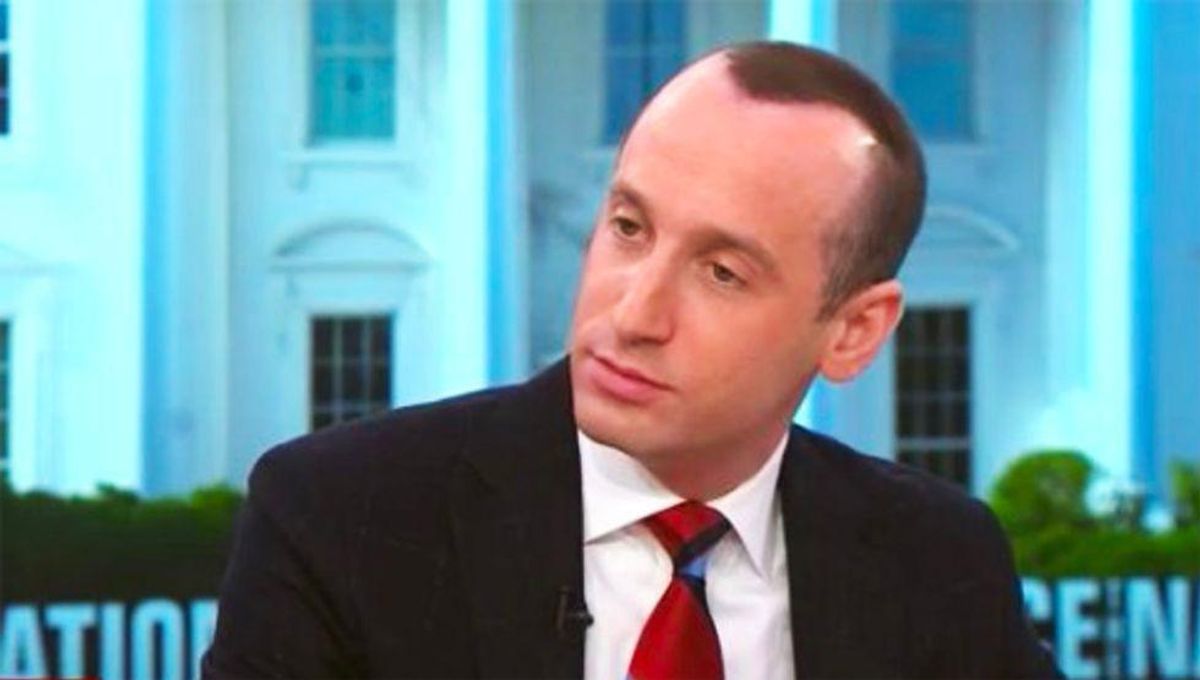 They described it as a "new conservative nonprofit organization committed to upholding America First principles and combating the left's radical and lawless agenda."

"For too long, conservative and traditionalist Americans have been outflanked, outspent, out-organized, and outmaneuvered by radical progressive legal organizations," Miller said in a statement.

"Whenever the Trump Administration tried to implement positive, lawful change that put America First, these extremist organizations filed one lawsuit after another, shopping for the most favorable legal forum. Now, we must turn the tables."

The group said on its website that it plans to battle liberal policies by challenging them in court, and will cooperate with groups with similar agendas, including conservative state officials.

It said it will not be focused on any single issue. But under Trump, Miller and Hamilton were the spearheads of his controversial anti-immigration agenda.

That included blocking immigrants from several majority-Muslim countries; cancelling a plan to offer citizenship to "Dreamers," undocumented immigrants who arrived in the country as children and grew up here; and halting refugee admissions, in part by effectively banning asylum.

Meadows meanwhile was strongly supportive of those policies while in the White House as Trump's chief of staff.

Trump's policies were only partially successful, due to legal challenges lodged by civil liberties and pro-immigrant groups, and many are being reversed by Biden's new administration.

But Biden himself now faces a huge surge in migrants from Central America seeking to enter the country, making it a point of attack against the Democratic president from conservatives.

In a statement Trump praised Miller as "a fearless, principled fighter for the America First movement."

"As we know, the Radical Left has been relentless in waging their battles in court. Conservatives and America First supporters badly need to catch up and turn the tables," Trump said.