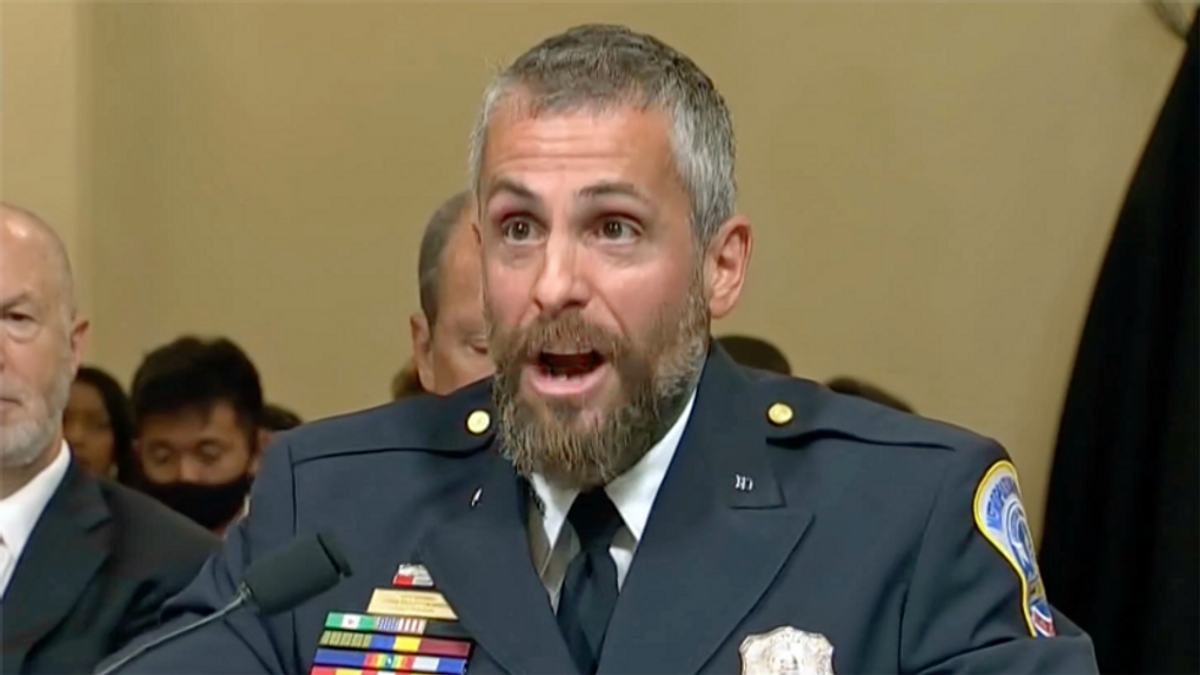 The report was based on two sources who spoke with reporters Asawin Suebsaeng and Sam Brodey under the condition of anonymity,

"Trump has also maintained that these men seem 'broke[n]' by the events of Jan. 6, and that they do not have the supposed toughness or character of the law enforcement officers who, on the whole nationally, still widely support Trump and his policies," The Beast reported. "According to these two people, and another source with knowledge of the matter, the twice-impeached former president has also alleged that these particular police officers are letting themselves be used as pawns by anti-Trump Democrats, like Speaker Nancy Pelosi (D-CA), or simply despise Trump and are Democrats themselves."

D.C. Metropolitan Police Officer Michael Fanone, who testified on Tuesday before the House select committee to investigate the insurrection, has said publicly that he voted for Trump in 2016.