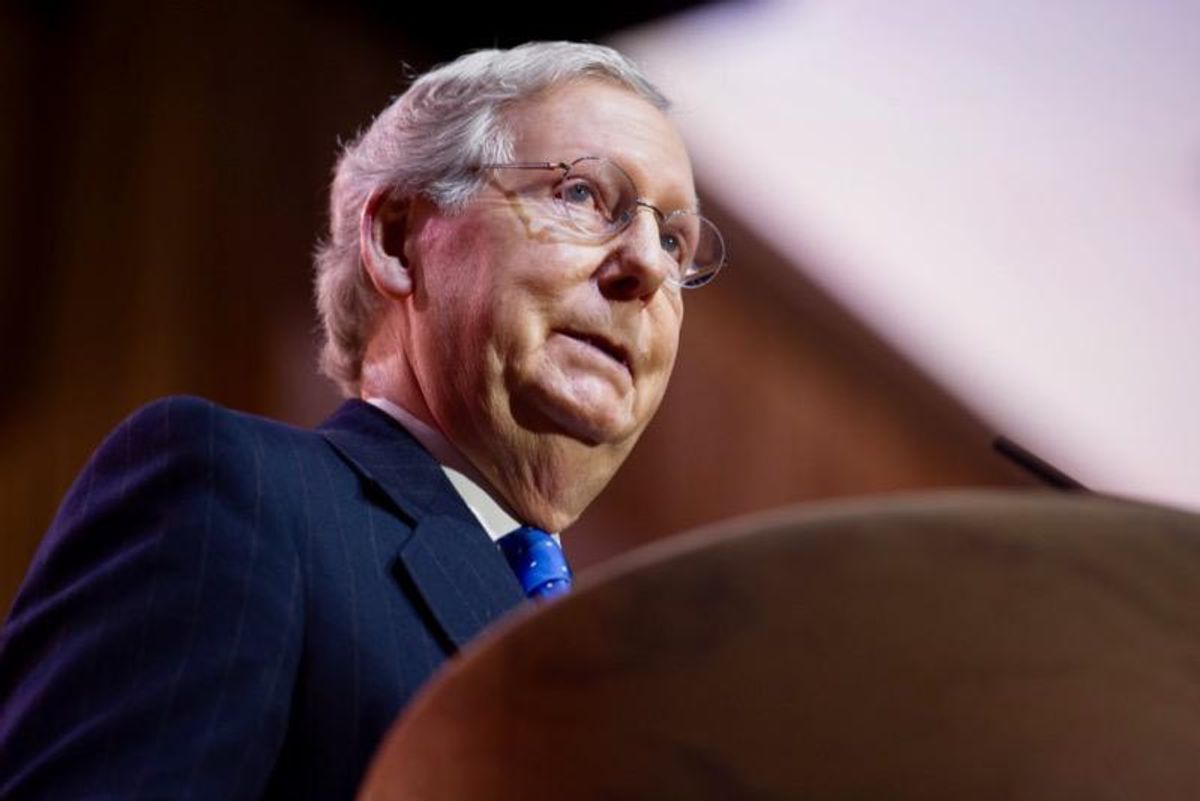 In a presser Tuesday, the president gave an update on the government's progress in containing the covid pandemic, particularly, his goal of distributing 100 million shots in 100 days. Biden stressed the importance of masks in stopping the virus. In doing so, he singled out a House Republican. "He used a very colorful term to say, 'Wearing a mask, tell them to kiss my ear, I'm not going to wear a mask.' Well, guess what? Not very American. The fact is, you want to be patriotic, you're going to protect people."

In fact, Chip Roy, of Texas, tweeted "kiss my ass" in early December when, for the first time, Biden proposed a national mask mandate. In response to being singled out, the congressman said Tuesday his choice of words wasn't very Christian but it was indeed American. That a Republican from Texas—from Texas—is defending his patriotism, instead of his patriotism being taken for granted, is really something to marvel at. Biden is putting him, and people flouting mask requirements, on the other side of safety and commonsense, but also on the other side of loving one's country. He's sorting Americans into baskets. One for patriots. And one for "deplorables."

It's tempting to say Roy is a phony. However, we'd be missing something important if we left it at that. What if he means it? He says he's a patriot, as do the 200 other House Republicans who voted against indicting Trump on a charge of inciting insurrection against the United States. Ditto for the 45 Republicans senators who voted Tuesday against moving forward with Trump's impeachment trial. (They lost.) Let's assume they mean it when they say they're fighting for the love of country. The question then becomes: what kind of country do they love? What kind of country do they protect?

When framed this way, it's clear the difference between Biden and Roy isn't a one of "real" patriotism versus "fake" patriotism but one of competing patriotisms. For Biden, it's love of the whole nation, the actual America, the one we can see and touch and smell. For Roy? If I were to guess, I'd say, as I have many times before (sorry!), that he's fighting for an wholly imagined "nation" inside the real nation, a place where "real Americans" believe they are ordained by God to rule the country in His name.

The difference between these patriotisms was hard to see as long as democracy lent itself to these confederate ends. But democracy and its institutions over the last two decades, especially, has gotten in the way. It has given rights, privileges and political power to people the confederates believe are undeserving of them. Democracy, in giving rights, privileges and political power to undeserving people, is taking something away from "real Americans" ordained by God to dominate the rest of the real America. To defend democracy now is to be complicit in one's own mugging.

The difference between these patriotisms was also hard to see as long as the Democrats trusted the Republicans to act in good faith. Before Trump ascended to power (before the Republicans looked away while a foreign government sabotaged his Democratic rival), the Democrats believed it was important to work with the Republicans in order to serve the whole country, not just its constituent parts. They appear to have learned their lesson from the era of the first Black president. They appear ready to do what they think is right, regardless of what the GOP thinks.

More importantly, I think, they have maneuvered the Republicans into a position in which they are forced to declare their true loyalties—not to the real America for which we should all stand but to a white confederacy dedicated to creating a nation by which the in-group is protected but unbound by law while the out-group is bound but unprotected. The Republicans worked to convict a Democratic president for lying to a grand jury (Bill Clinton), but they are poised to acquit a Republican president for treasonable acts. This is separate and unequal writ large. Yet this might not now be obvious had the Democrats decided to move on "for the benefit of the country."

Even if acquitted, impeaching Trump is meaningful for another reason. Two hundred and forty-six out of 261 Republicans say, in effect, that treason's okie-dokie if you're a Republican. So the Democrats can safely ignore their demands, because there's nothing but downside to negotiating with terrorists and their confederate enablers. That means the GOP, if "owning the libs" remains a goal in itself, risks getting nothing. They might actually like that. Getting nothing from the Democrats feeds into their larger story of Republican fascists being the real victims, and so on. Will that bring them back to power in time? How long can they put up with getting nothing?