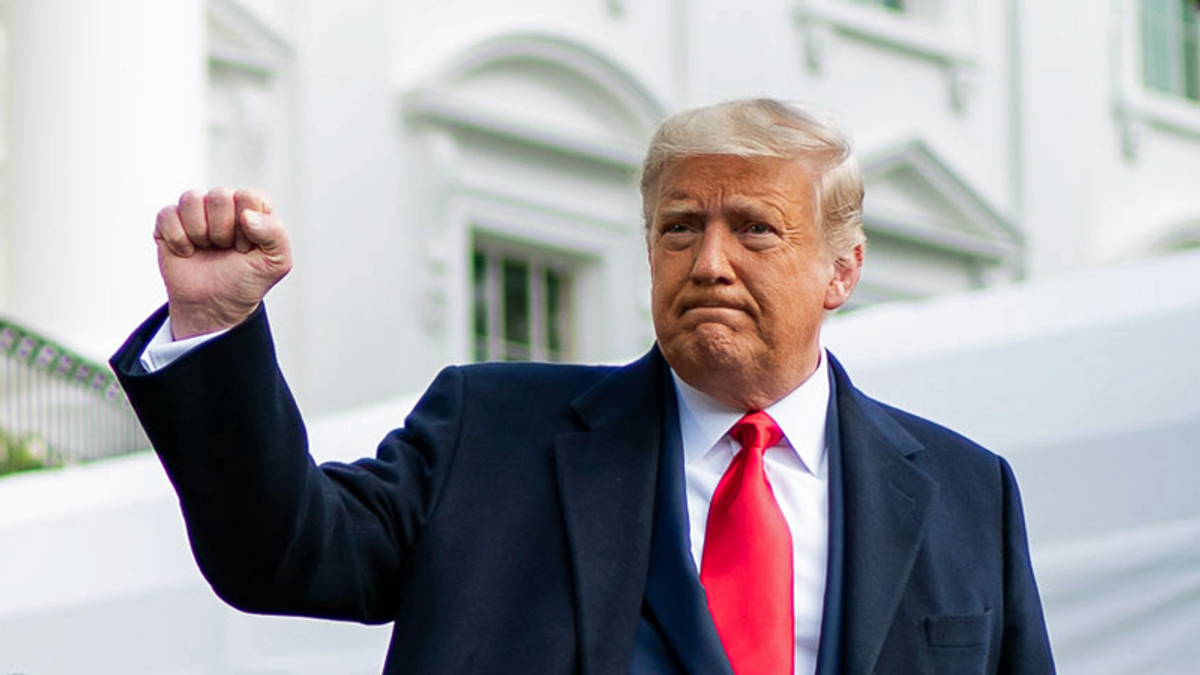 Former President Donald Trump famously remarked that if he randomly shot people on 5th Avenue in Midtown Manhattan, his devotees would still support him. Although Trump never shot anyone on 5th Avenue, he has been impeached by the U.S. House of Representatives for encouraging a violent insurrection in Washington, D.C. on January 6 — and his Republican devotees are still defending him. Most GOP senators appear unlikely to vote "guilty" in Trump's forthcoming impeachment trial, and conservative San Diego-based attorney Chris Truax tears their arguments to pieces in an article published on January 28 by the conservative website The Bulwark.

"The vote by 45 Senate Republicans on Tuesday to dodge the question of whether spending two months whipping your followers into a frenzy by telling outrageous lies attacking the foundation of our democracy and then turning them loose on the U.S. Capitol to shut down the electoral vote count amounts to an impeachable offense was not their finest moment," laments Truax, who has been active in the anti-Trump group Republicans for the Rule of Law. "Whether it was their worst depends on how they vote when the trial concludes."

Truax continues, "Few of the current crop of Senate Republicans are known for their courage, but this was a particularly embarrassing display. Rather than address the weight of the historical, prudential and legal arguments on impeaching a former officeholder, they chose to tell themselves constitutional just-so stories that got them to a predetermined — and immensely convenient — conclusion. In fact, impeaching the now ex-president is almost certainly constitutional, and it's shameful that only five Republican senators had the courage to say so."

The attorney goes on to explain why Republican arguments against the impeachment trial are bogus.

"First, there's the weight of historical precedent," Truax explains. "In 1876, the Senate faced a similar question — it was actually a tougher case than the present impeachment — and concluded that Congress had the authority to impeach officials after they had left office. Second, there is the prudential argument. Does anyone think it likely that the Founders intended to specifically exempt lame duck presidents from impeachment? Does it make any sense at all to allow Congress to bar sitting presidents from future office based on horrific acts in the first month of their terms but not for acts committed in the last month?"

As Truax sees it, the fact that Trump exited the White House on January 20 doesn't make his actions any less impeachable.

"Republicans claim, as Rand Paul did on the Senate floor and in an opinion article on Tuesday, that it isn't constitutional to impeach someone once he or she is out of office," Truax notes. "Though the weight of precedent and logic say otherwise, fine, let's assume that's correct. Happily, that's not what happened. Donald Trump was still very much in office when he was impeached — which is a formal vote by the House to adopt articles of impeachment. So, there is no question that proceeding with the impeachment trial itself is perfectly constitutional."

If the Senate acquits Trump — which is the likely outcome — it is possible that he will run for president again in 2024. And that, Truax points out, is the one of the many reasons why the article of impeachment against him is still relevant even though Joe Biden became president on January 20.

"The House impeached the now ex-president a week before he left office," Truax observes. "If you want to analogize it to a court proceeding, there is no question that this case was brought before the statute of limitations expired. Once the court's — in this case, the Senate's—jurisdiction has attached, jurisdiction doesn't 'expire' no matter how long it takes to complete the trial…. The Constitution provides two possible penalties for conviction in an impeachment trial: removal from office and being barred from future office. If an ex-president can be barred from holding future public office on conviction, there is still a reason to hold the trial — and the proceeding is, by definition, not moot."

The attorney concludes his article by stressing that the anti-impeachment arguments coming from Paul and other GOP senators are totally disingenuous.

"There is no fig leaf for Republicans here," Truax argues. "They cannot hide behind pretend concerns about constitutional rectitude. The trial moves on now, and if they vote to acquit, it's either because they find Trump's behavior acceptable or because they are terrified of his supporters and will do anything to please them. Pretending otherwise isn't going to fool anyone — not the American people, not Donald Trump, and most certainly, not history."