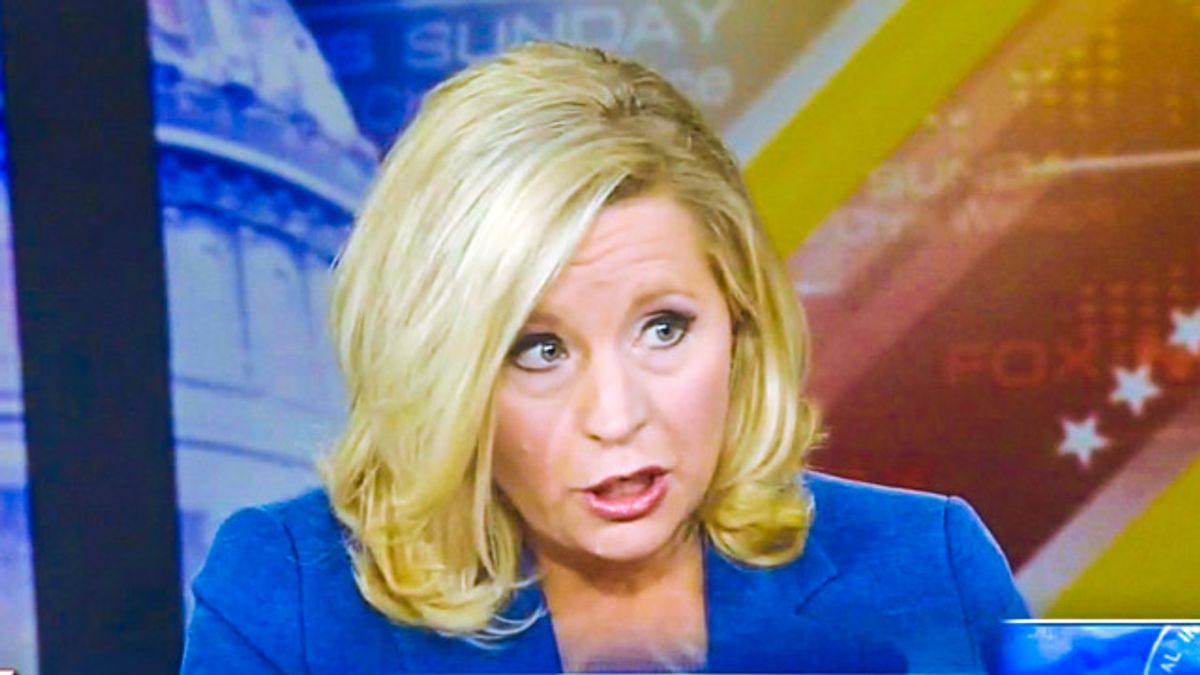 Pundits are fond of saying stuff like, "Republicans used to stand for something." What they're talking about is an imaginary day in an imaginary past when the Republican Party "stood for" low taxes, small government, reducing the deficit and something called a "strong national defense," as if there had ever been a countervailing position by Democrats or anyone else that wanted a weak national defense.

It was all bullshit, the original Big Lie. They didn't stand for "low taxes." They wanted to lower the taxes of one group, wealthy people, while keeping taxes comparatively high on everyone else. They didn't stand for "small government." The size of the government grew in every single Republican administration going back at least to Eisenhower. Richard Nixon created an entirely new department of the national government, the Environmental Protection Agency, where there had been none before. George W. Bush created another, much larger division of government, the Department of Homeland Security, and bequeathed to it a budget in the tens of billions of dollars. They didn't believe in "cutting the deficit." The deficit has grown by hundreds of billions in every single Republican administration, and under the last one, Donald Trump's administration, it grew by more than $2 trillion. As for a "strong national defense," the budget for the Department of Defense has grown steadily as a percentage of GDP under Republican and Democratic administrations alike without interruption since the end of World War II. We spend more on "national defense" than the rest of the world combined, making it hard to imagine that our national defense could possibly get any stronger no matter which party is in power.

The only difference between then and now for Republicans was the arrival of Donald Trump. The big purveyor of fake news exposed the fake edifice of their party. You think I'm kidding? Reflect back to 2015 and the so-called "debates" during the Republican primary campaign. What were there, something like 16 candidates on stage in the early debates? They looked so ridiculous, and the collective array was so absurd, it was frequently described as the "clown car." I remember thinking, how in hell is one of them going to emerge from this pack of goofs?

Well, Donald Trump did, and he did it pretty fast — mostly by refusing to take the whole process seriously. He didn't want to debate "issues" like defense and which government departments should be cut. (Neither did Rick Perry, as he proved when he couldn't even remember which ones he had recently said he intended to shut down.) So he didn't. Trump just stood there and made fun of the rest of them, calling them names and belittling their appearance and laughing at their fumbling attempts to fake gravitas. They began to fall one by one. Trump intuited that the "base" of the Republican Party was in on the joke that the so-called issues the moderators earnestly asked questions about had no meaning at all. Which they didn't: The "issues" Republican voters cared about were offstage, whispered among themselves in living rooms and diners and on golf courses. If they were mentioned at all by candidates, it was via what were quaintly called "dog whistles," as if by reference to America's favorite pet, the dog, the red meat of racism and xenophobia and sexism could be kept secret from everyone who wasn't in on the joke.

Trump did away with the joke. He came right out and said what Republican voters wanted to hear. When he told them he was going to make America great "again," he was confirming that going backward to a time when gays were in the closet, women were in the kitchen and Black people either couldn't vote or voted the way they were told was what the election was really about.

This, in effect, is what Liz Cheney has put on the table by standing up to Donald Trump. She knows that her party hasn't turned into a "cult of personality" around a single man — it has become what its voters actually want it to be. The issue facing Republican House members who will vote next week on whether to retain Cheney in her position as chairwoman of the House Republican Conference isn't what Trump did on Jan. 6 or whether he was the "real" winner of the election of 2020. They all know he lost. They all know he instigated the riot that overran and occupied both chambers of Congress and destroyed offices in the Capitol and resulted in the deaths of at least one policeman and one rioter. She knows it. They know it. And she knows that they know it.

The issue isn't even whether or not Trump will retain control of the party. He will. She knows it. They know it. The issue is whether or not the Republican Party will return to faking its "principles" of low taxes and small government and all the rest of it, or will simply admit that it's the white people's party, bent on maintaining white power and defending the white race from what so many of them see as certain destruction at the hands of Black and brown people and foreigners.

So Liz Cheney's dilemma is real, but it's not the dilemma everyone says it is. She can't go back and undo her vote to impeach Trump or her votes to accept the Electoral College ballots on Jan. 6 —or actually the wee hours of Jan. 7, after the insurrectionists had been driven from the Capitol. Her votes weren't against Donald Trump. They were for a Republican Party that doesn't exist anymore, a party that allegedly stands for something and takes positions on issues like taxes and deficits and defense and all the old stuff that used to matter.

Standing up to Donald Trump doesn't make her "one of us," of course. She opposed gay rights and marriage equality right down the line, even though her own sister is a lesbian. She's got a zero percent rating from Planned Parenthood. She pretty much voted for the whole Trump agenda (if there could be said to be such a thing) right up until he attempted to overturn the election and make himself President for Life.

But does that mean the Democratic Party should shun her the same way the Republicans are shunning? Are Democrats going to establish a loyalty test too? Or should we say hey, run as an independent or run as a Democrat, and we'll give you a hand — maybe even invite you to caucus with us if you'll vote for Nancy for speaker and parts of the Biden agenda like infrastructure and support for families?

We can be the place Republicans with a conscience end up when there's no place left to go. Jump in, Liz. Put an "I" or even a "D" after your name. Give heresy a shot. You're already there when it comes to the authoritarian in chief.