'He's a madman': Conservative confirms Trump believes the 'delusion' he will be reinstalled as president 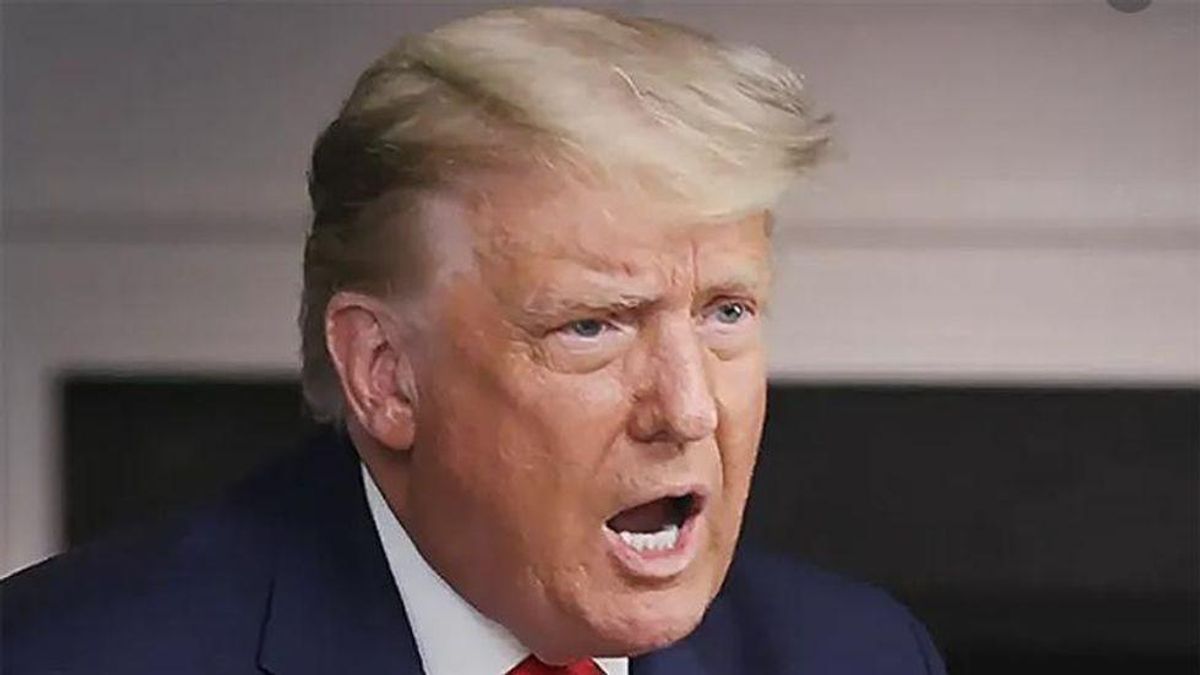 Earlier this week, the New York Times' Maggie Haberman reported that Donald Trump expects to be "reinstated" as president by August — inspiring some Republicans to accuse her of making it up. But conservative journalist Charles C.W. Cooke, in an article for the National Review, reported that Haberman was not fear-mongering and that Trump really does believe he will be returning to the Oval Office this summer.

"Haberman's reporting was correct," Cooke writes. "I can attest, from speaking to an array of different sources, that Donald Trump does indeed believe quite genuinely that he — along with former Senators David Perdue and Martha McSally — will be 'reinstated' to office this summer after 'audits' of the 2020 elections in Arizona, Georgia and a handful of other states have been completed. I can attest, too, that Trump is trying hard to recruit journalists, politicians and other influential figures to promulgate this belief — not as a fundraising tool or an infantile bit of trolling or a trial balloon, but as a fact."

Republicans, according to Cooke, are making a mistake if they "downplay the enormity of what is being claimed."

"The scale of Trump's delusion is quite startling," Cooke writes. "This is not merely an eccentric interpretation of the facts or an interesting foible; nor is it an irrelevant example of anguished post-presidency chatter. It is a rejection of reality, a rejection of law, and, ultimately, a rejection of the entire system of American government. There is no Reinstatement Clause within the United States Constitution. Hell, there is nothing even approximating a Reinstatement Clause within the United States Constitution. The election has been certified, Joe Biden is the president, and, until 2024, that is all there is to it."

Cooke notes that the "cold, hard, neutral facts" show that the 2020 election was "absolutely not" stolen as Trump claims — and that there is no process, under the U.S. Constitution, for "reinstalling" a former president. Even if it could be proven that the election was stolen from Trump, the election is over and settled, and there's no way to redo it.

"American politicians do not lose their reelection races only to be reinstalled later on, as might the second-place horse in a race whose winner was disqualified," Cooke writes. "The idea is otherworldly and obscene. There is nothing to be gained for conservatism by pretending otherwise."

Conservative pundit Noah Rothman, in response to Cooke's article, slammed Trump as a "madman" on Twitter:

This is off the charts bonkers. He's a madman and catering to his mania in pursuit of some near-term political gain… https://t.co/fPEETjeS9g
— Noah Rothman (@Noah Rothman) 1622742706.0

Another conservative commentator, Allahpundit, speculated about the motivations of those who are anonymously telling reporters about Trump's delusions: