Although the (FBI) has announced a series of developments regarding the Capitol riots, including the arrests of more than 100 Trump supporters, Russian media has focused on featuring clips from conservative news networks like Fox News in addition to remarks from widely known conservative public figures including Tucker Carlson, a number of Republican lawmakers, and other Trump allies and apologists.

But the truth never stopped the Kremlin's propaganda networks from continuing to disseminate a convenient fable. Russian-speaking eyewitnesses were shown intermittently—or some might argue interchangeably—with clips from Fox News, featuring Tucker Carlson, Marco Rubio, and other Trump apologists. Appearing on state TV channel Rossiya-24, two Russian-speakers living in the United States were identified as "those who participated in the events" on Capitol Hill and later took part in numerous shows on Russian state television.

Despite Russian-controlled media propagandists' attempts to control the narrative regarding what happened amid the Electoral College certification, the publication notes that even Republican lawmakers are now distancing from that false narrative.

In fact, Rep. Kevin McCarthy even addressed the rumors when he spoke on the House floor during the hearing for Trump's second impeachment. "Some say the riots were caused by Antifa," McCarthy said, adding, "There is absolutely no evidence of that."

More disturbing is that despite the Electoral College certification, and Trump finally admitting that a new administration will be taking the White House on Jan. 20, he has still convinced many of his supporters that the presidential election was stolen from them. Yet, he still has no proof to back his claims. 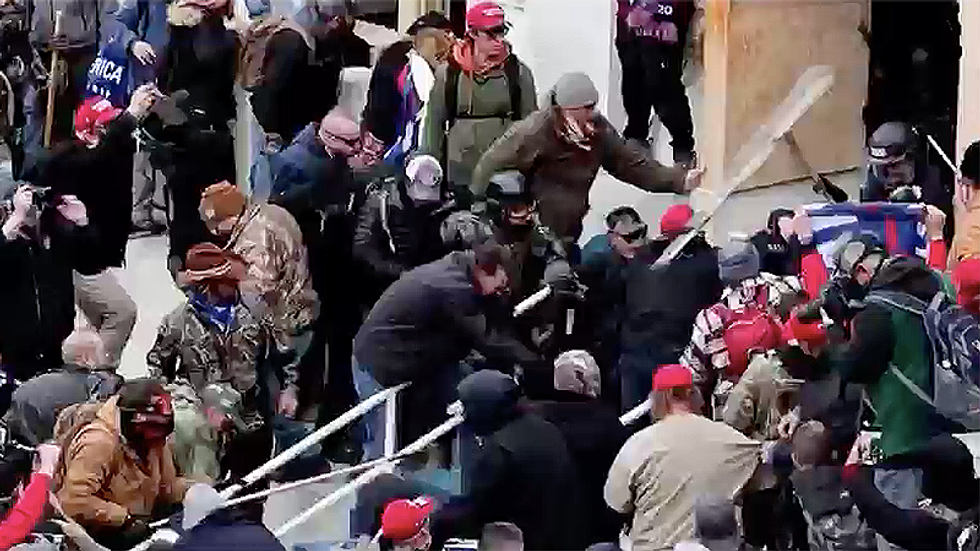