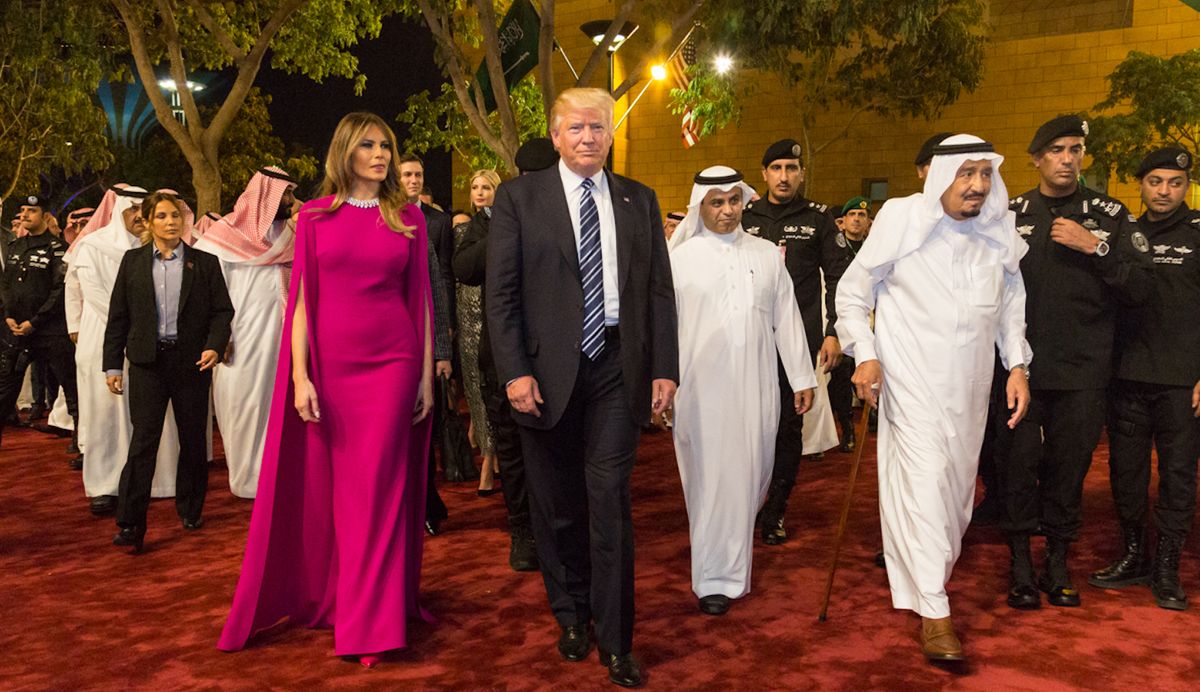 Experts on the adverse effects of the military-industrial complex on Wednesday blasted a plan by the Trump administration to sell nearly half a billion dollars worth of advanced U.S. bombs to Saudi Arabia, which for over five years has been leading an airstrike campaign and starvation blockade that have added tens of thousands of civilian deaths to the already staggering toll in Yemen's ongoing civil war.

"The Biden administration has indicated a desire to rethink the U.S. relation[ship] with Saudi Arabia. The outgoing president should not use his lame-duck period to make that more difficult."
—Jeff Abramson,
Arms Control Association

Bloomberg reports the U.S. State Department has notified Congress of its intention to license the sale of some 7,500 Raytheon Paveway precision-guided, air-to-ground munitions valued at $478 million to the kingdom, despite its status as one of the world's worst human rights violators and prolific perpetrator of U.S.-backed war crimes in Yemen.

After the license is approved—likely before President Donald Trump leaves office next month—Raytheon will have a green light to sell the arms directly to the Saudi regime.

"This deal should not be allowed to stand," asserted William D. Hartung, director of the arms and security program at the Center for International Policy, in a statement Wednesday. "The United States should not be selling precision-guided bombs to Saudi Arabia at this time, given their leading role in the air war in Yemen which has killed thousands of civilians and prolonged a conflict that is now the world's worst humanitarian catastrophe."

Saudi access to tens of thousands of precision-guided munitions thus far has not diminished the civilian toll in Yemen, so Pentagon claims that more accurate bombs will reduce civilian casualties don't hold up to scrutiny. A sale could also be seen as a reward to the Saudi regime at a time when it has yet to take responsibility for the murder of [journalist] Jamal Khashoggi or reduced its campaign of internal repression against regime critics and human rights defenders. Last but not least, this should be a decision for a new administration, not a lame-duck president.

Jeff Abramson, a senior fellow at the Arms Control Association, accused the Trump administration of "dangerously pushing more weapons into the Middle East to countries that have a record of misusing them.:

"The United States simply should not be selling weapons to Saudi Arabia, especially given their role in exacerbating the suffering in Yemen," stressed Abramson. "The Biden administration has indicated a desire to rethink the U.S. relation[ship] with Saudi Arabia. The outgoing president should not use his lame-duck period to make that more difficult."

However, as Washington Post military and national security reporter Missy Ryan noted Wednesday, former four-star general Lloyd Austin, who is President-elect Joe Biden's nominee for defense secretary, is currently a member of Raytheon's board of directors.

The United Nations—which has called the situation in Yemen the world's worst humanitarian crisis—in September recommended that the International Criminal Court investigate possible war crimes committed by all sides in the six-year civil war, which has claimed over 100,000 lives.

The U.N. cited U.S.-backed Saudi-led coalition airstrikes that have killed thousands of civilians, the Saudi-led blockade that has exacerbated famine conditions and disease that have killed at least tens of thousands of people, and a wide range of human rights violations by both Yemeni government forces and the Iran-backed Houthi rebels, including unlawful imprisonment and killing, forced disappearances, and use of child soldiers.