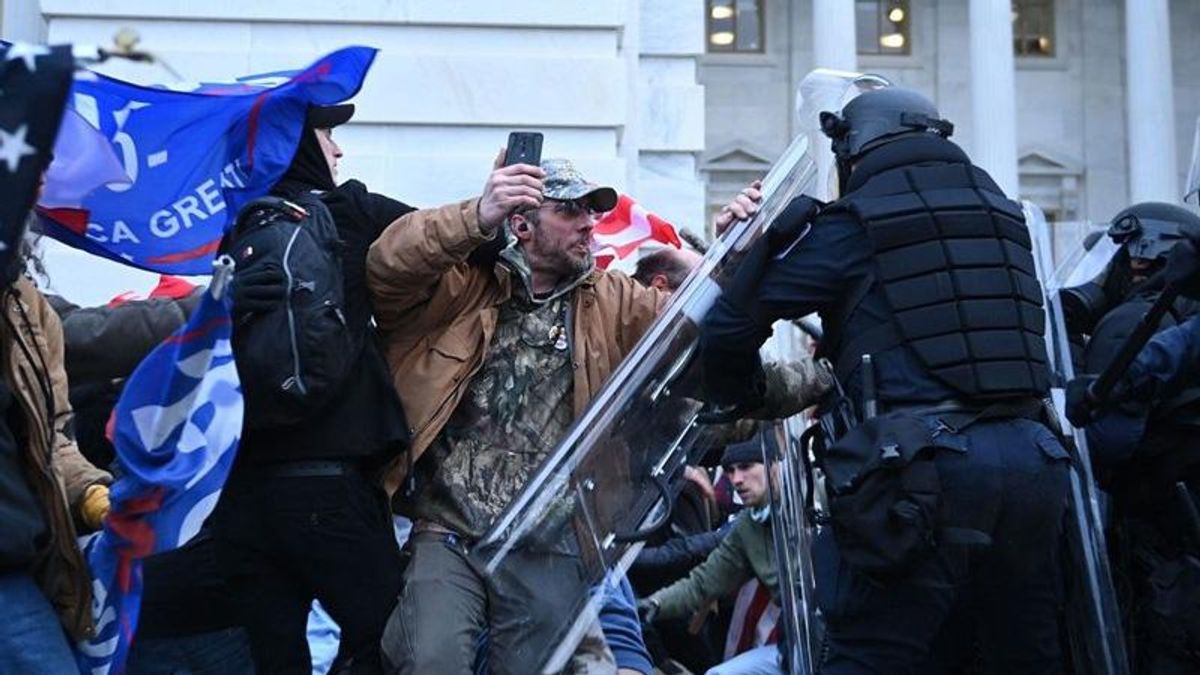 Marty from Wisconsin called in to my SiriusXM radio program as I discussed the insurrection at the Capitol. He started out weirdly referring to Princess Leia from "Star Wars," and saying "we're gonna be stronger."

Obviously living in an intergalactic fantasy, Marty claimed that Trump "got 80 million votes," which is completely false. When I went on to correct him and tell him that Trump received 74.2 million votes and Joe Biden got 81.3 million votes he shot back at me like I was nitpicking, and said, "You guys are doing all this stuff, you're pulling all this shit."

Marty offers a window into the minds of Trump supporters who are still slavishly devoted to Trump even as they claim to oppose the violence that occurred at the Capitol. They tell themselves that it was just a few people and that Trump doesn't support it nor did he incite it. And they believe Trump when he says, as he did today, that his speech was "totally appropriate."

Marty claimed that "we're not like that," pointing to the Trump supporters who stormed the Capitol — even though there were thousands of people there, including leaders of groups Trump has condoned and which are violent white supremacist groups, like the Proud Boys.

When I pointed that out, Marty began defending the Proud Boys, saying they were started as a "joke."

He denied that Trump incited the mob, condoning his speech, and said I was taking it "out of context" when I quoted Trump's video which he tweeted out during the siege, in which he said we "love you" to the insurrectionists and that they are "special people" and "patriots."

I really had to break everything to Marty very gently because he was truly losing it.

Listen in and let me know your thoughts!