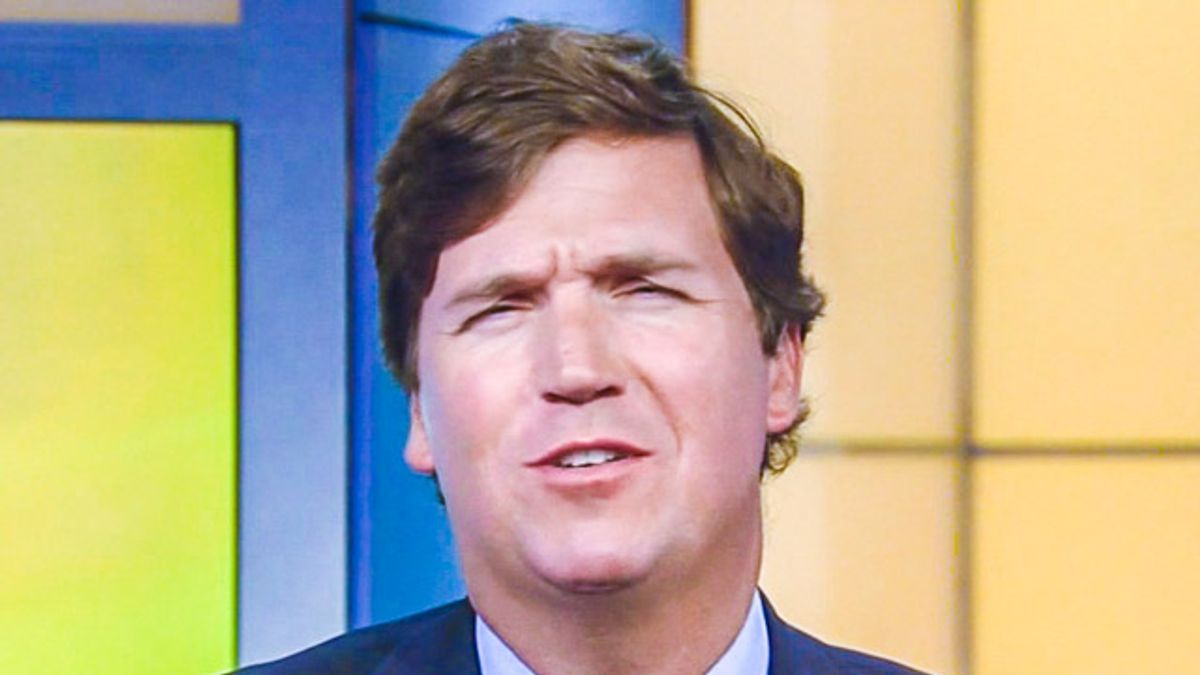 Fox News' Tucker Carlson leveled an attack on Republican pollster Frank Luntz during his broadcast on Friday evening and apparently, his viewers continued the attacks with a barrage of messages sent directly to Luntz inbox.

During the primetime show, Carlson insisted that Luntz "should no longer have any role with the GOP because his views don't align with average Republican voters," according to Newsweek. "Luntz — Dr. Frank I. Luntz, as he's often called, at his request — is the Republican Party's longest-serving message man," Carlson said at the beginning of his commentary.

Luntz took to Twitter with his reaction to the attack. In a now-deleted tweet, Luntz included a screenshot from Carlson's segment when his photo appeared on the screen. He'd tweeted, "That explains all the angry, misspelled messages in my inbox tonight."

Carlson's relentless attack included criticisms about Luntz's work as he lambasted the pollster for being what he describes as "a smooth salesman."

"Frank Luntz is a smooth salesman," Carlson went on. "That why he's been around for a while. The problem with Frank Luntz is that his views, his personal views, are very different from those of your average Republican voter."

Tucker on why you probably don't recognize the Republican party youtu.be

To get a clear scope of voters' perspectives on key issues, Luntz typically uses focus groups to compile research. However, Carlson has repeatedly mocked the long-serving Republican pundit's work describing it as "just random people yammering." According to the publication, Carlson went on to slam Luntz for his views on "immigration, guns in schools and the phrase 'law and order.'"

Despite Luntz's political affiliation, Carlson insists Luntz is a "conventional liberal" who caters to "left-wing corporations."

He added, "Frank Luntz is a conventional liberal. His main clients are left-wing corporations like Google. When Frank Luntz gives advice to congressional Republicans, he's got Google's perspective in mind. That's a huge problem."

Carlson concluded by saying, "This is the guy Republican leaders went to just this week for, quote, 'messaging guidance on hot topics.' And you wonder why you no longer recognize the party that you vote for."