‘Retreat to your safe space, snowflake’: Tucker Carlson mocked for playing the victim after attacking women in the military 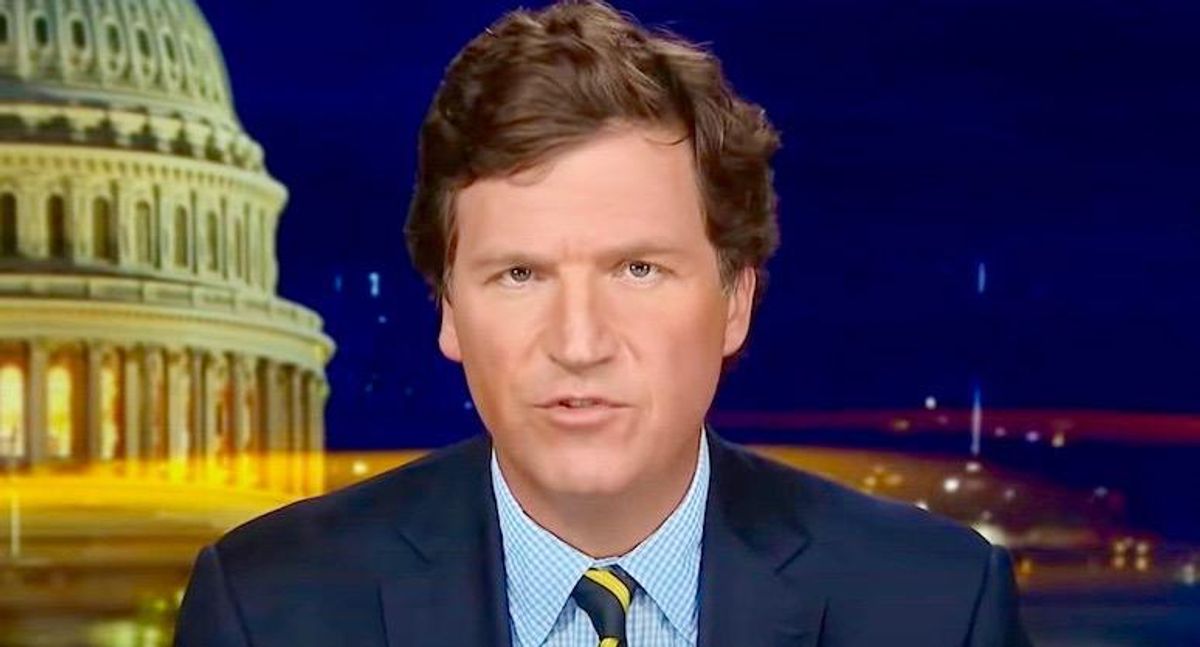 Fox News host Tucker Carlson is not backing down, but he is playing the victim in his own personal war on women.

Carlson, the face of Fox News, Tuesday night attacked the U.S. Military, and especially women service members, claiming they have harmed America's military might by making our Armed Forces more "feminine." He held up China's military as a sign of strength, and quoted a Chinese government official who warned their nation young Chinese boys were becoming too "soft."

Carlson told his viewers that pregnant women serving in the military make a "mockery" of America's fighting forces.

By Thursday morning Carlson's misogynistic remarks had gone viral, prompting an outpouring of support from people across the nation for women in the military.

And by midday the Pentagon, including the Secretary of Defense in a rare move, rebuked the Fox News host. Top military leaders from all branches of the nation's armed forces spoke out to support women and chastise Carlson.

"What we absolutely won't do is take personnel advice from a talk show host," a Pentagon spokesperson said, which apparently was enough to make Carlson feel attacked.

Moments ago, Carlson took to Twitter, not to apologize, but to double down and play the victim:

The actual title of that news release was: "Press Secretary Smites Fox Host That Dissed Diversity in U.S. Military."

His attempt to play offense did not go over well (except with the right wing crowd that always "backs the blue" and "supports our troops," unless Donald Trump or Fox News tells them not to.) Here's how many are responding to Carlson:

That's right, retreat to your safe space, snowflake. Make it all about you and not about the brave military personnel you smeared. https://t.co/k6RHKr6cLK
— Bradley P. Moss (@BradMossEsq) March 11, 2021

IMO | DoD didn't "attack" your show, Son! They pushed back on your misogyny about women in the military "feminizing" the forces.
Want a cage match with a random woman solider? It could be arranged, and she'd RINSE your ass! 😏 But you gonna double-down like a putz, aren't you? https://t.co/BS2SqRbe78 — 🔥 Democracy Spot 🇺🇸 😷 (@Democracy_Spot) March 11, 2021

Fox News issued this statement after Carlson kept criticizing a reporter resulting in other users harassing her:
“No public figure or journalist is immune to legitimate criticism of their reporting, claims or journalistic tactics." Apparently that only works one way. https://t.co/X9aecEXU73 — Julie Faenza (@JulieMFaenza) March 11, 2021

It feels like Spring, but I'll be damned if this snowflake isn't sticking around ❄️ https://t.co/OyMEs5EBvn
— Tyler Morrison (@cp_studio) March 11, 2021