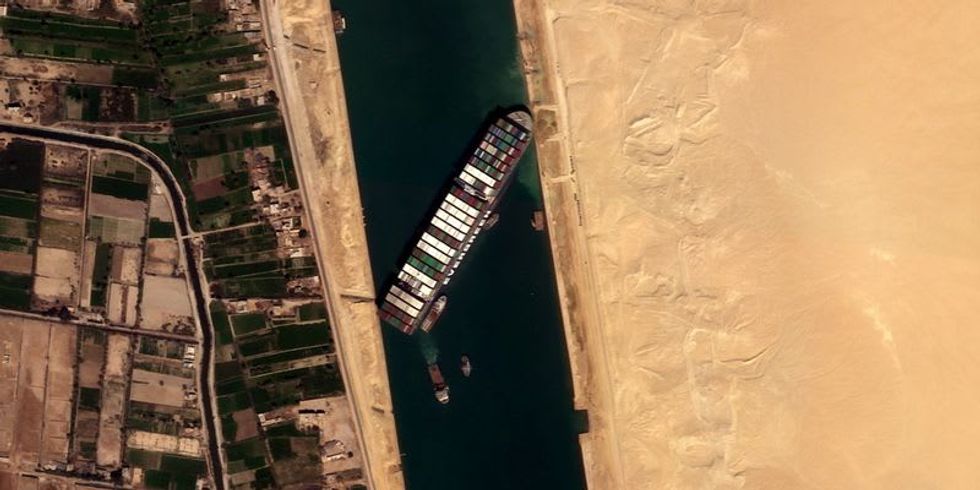 By Yusri Mohamed ISMAILIA, Egypt (Reuters) - Suez Canal salvage teams were alternating between dredging and tugging on Sunday to dislodge a massive container ship blocking the busy waterway, while two sources said efforts had been complicated by rock under the ship's bow. Dredgers working to dislodge the stranded vessel have so far shifted 27,000 cubic metres of sand, to a depth of 18 metres, and efforts would continue around the clock according to wind conditions and tides, the Suez Canal Authority (SCA) said in a statement. Egypt's President Abdel Fattah al-Sisi has ordered preparations for ...