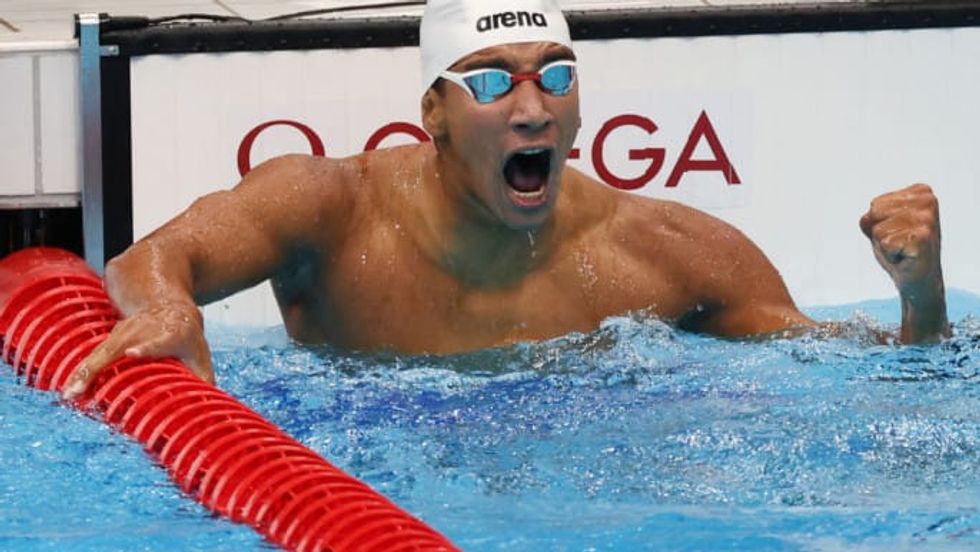 Nobody was watching Ahmed Hafnaoui in lane eight of the Olympic pool. All eyes were on the Tunisian teenager at the finish. Hafnaoui was the stunning winner of the 400-meter freestyle at the Tokyo Games on Sunday, beating a field of faster and older swimmers. The 18-year-old finished in 3 minutes, 43.26 seconds, punctuating his victory with loud yelling that echoed in the mostly empty 15,000-seat arena. “I believe when I touched the wall and I saw myself first,” he said. "I was so surprised.” Australia’s Jack McLoughlin earned silver and American Kieran Smith took bronze. The top three were se...