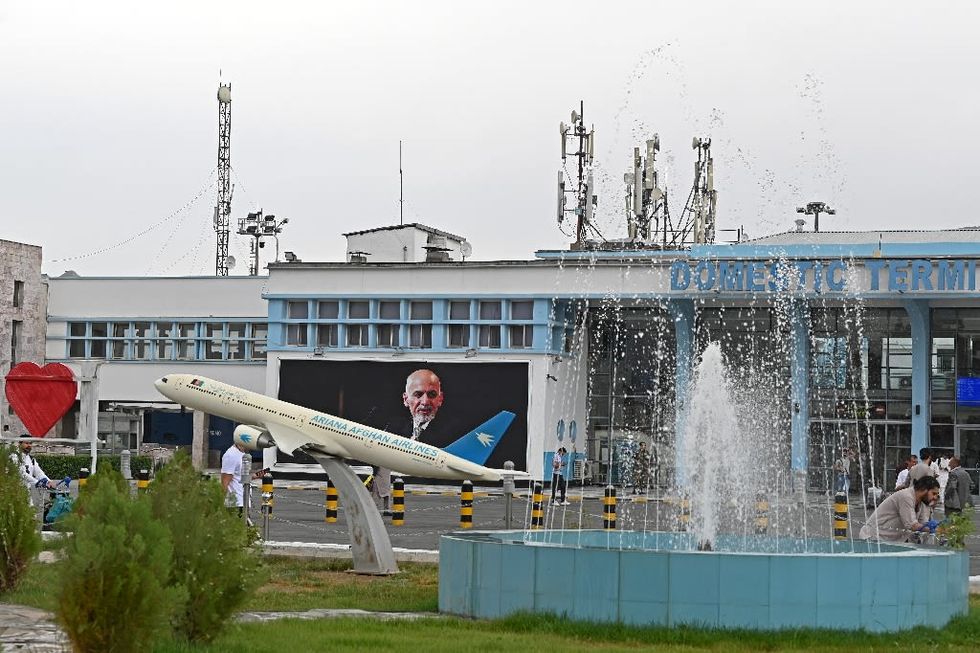 Ankara (AFP) - Turkey is offering to protect Kabul's strategic airport after US forces leave in what experts view as a high-risk bid to improve Ankara's strained ties with Washington.

Keeping the air hub safe from advancing Taliban forces became a major issue after US President Joe Biden called an end to Washington's 20-year involvement by ordering all troops out of Afghanistan by the end of next month.

Its fall could leave Afghanistan largely cut off from the world.

Ankara's surprise proposal gave Turkish President Recep Tayyip Erdogan a chance to build a rapport with Biden during their first meeting at a NATO summit in June.

The offer meets two of the Turkish leader's objectives: warm chilly ties with Western allies and avert an influx of refugees by keeping aid routes open.

Turkish officials play down the diplomatic aspects of the mission and stress the importance of relieving the suffering in Afghanistan.

"Our objective is to make sure Afghanistan is not closed to the outside world, that it is not isolated," a Turkish diplomatic source said.

The United Nations this month said 18 million people -- or half the Afghan population -- needed assistance, while half of all children under the age of five suffered from acute malnutrition.

While Washington still views Turkey as an important ally in a volatile part of the world, relations have been bedevilled by disputes, including Ankara's acquisition of a Russian missile defence system.

"The main factor behind the airport proposal... is Turkish-American relations: Ankara hopes to regain favour with Washington after a string of diplomatic crises," analyst Salim Cevik wrote in a paper for Germany's SWP think tank.

The Turkish source refused to give details on what Ankara wanted from Washington in return for its continued presence in Afghanistan.

But Erdogan has said that Turkey requires US logistical support and funding. The sides have reportedly made progress during closed-door talks between their militaries.

The Turkish leader has also mentioned possible Hungarian and Pakistani involvement in the mission.

But the Turkish source said that Ankara had not held direct talks on the airport with Islamabad, and Hungary has said little about its possible role.

Ankara is also talking to the Taliban in the hope of finding an arrangement that could keep Turkish troops from turning into targets for the hardline Islamist movement.

The Taliban has publicly called the idea of a Turkish military presence in Kabul "reprehensible".

"Turkish ambitions to remain engaged despite the US withdrawal appear genuine but carry risks for protection of its own forces, should violence escalate," Kirchner said.

But Erdogan said he was willing to "see where these talks (with the Taliban) take us" and Turkish officials are striking a positive tone.

"In our discussions with the Taliban, they say: 'we trust you, we know you don't have a hidden agenda'," the Turkish source said.

Turkey has around 500 soldiers in Afghanistan as part of a NATO-led non-combat mission, whose withdrawal is nearly complete.

The UN refugee agency in 2020 counted 125,104 Afghan asylum-seekers in Turkey, which is already home to 3.6 million Syrian refugees.

Their growing presence could become an emotive issue that the opposition is trying to exploit to keep Erdogan from extending his rule into a third decade in an election set for 2023.

The main opposition party this month made waves by vowing to send Syrians "back home" and raising the issue of Afghan arrivals in Turkey.

Erdogan struck a deal with the European Union in 2016 under which Turkey agreed to host migrants in exchange for billions of dollars in aid.

Ankara and Brussels are now working on updating the agreement and Afghanistan is already dominating talks between European and Turkish officials.

"The Europeans are worried," the Turkish source said.

But EU and Turkish officials agree on one thing already: the number of Afghans seeking refuge is likely to climb after the US troops leave.