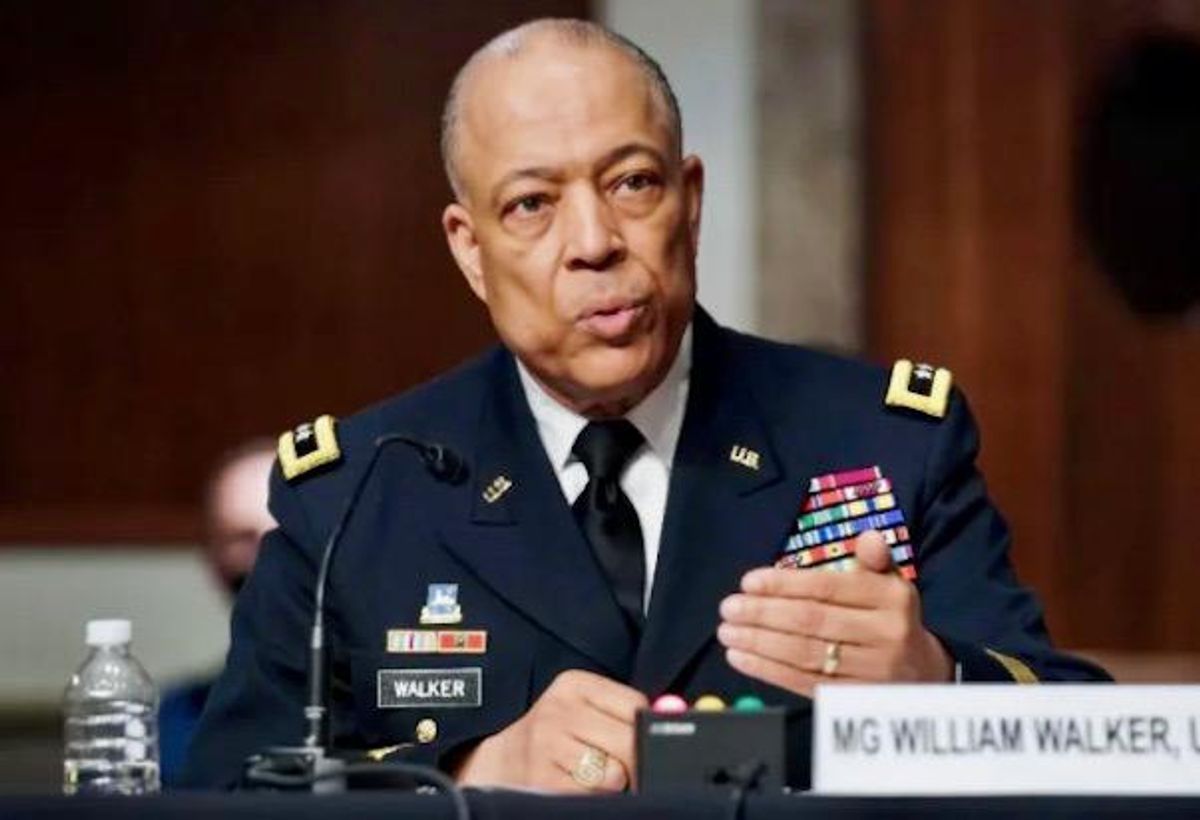 Army Maj. Gen. William Walker, Commanding General of the Washington National Guard, said the Pentagon took three hours and 19 minutes to approve the deployment of the guard when the Capitol was attacked on January 6(AFP)

He said that the delays meant they were unavailable at the height of the violence, which led to five deaths and scores of injuries.

On January 6 hundreds of extremist Trump supporters forced their way into the Capitol, halting Congress's certification of Joe Biden as the winner of the November presidential election.

The assault was being shown live on television and it had been clear the Capitol Police were overrun by the attackers, many wearing para-military gear and citing encouragement by Trump.

Approval "would eventually come from the acting secretary of defense and be relayed to me by army senior leaders at 5:08 pm," Walker told the joint hearing of the Senate Homeland Security and Rules committees.

"It should not take three hours," he said.

Walker said neither Miller nor McCarthy were available for a call at 2:30 pm on the situation.

But he said that the top McCarthy aides who joined the call said they were opposed to deploying the national guard at the Capitol because they "did not think that it looked good."

They also claimed that sending out the uniformed guard would inflame the rioters, Walker said.

"I kept hearing it was the optics of it," he told the committee.

Robert Salesses, a senior Defense Department official, confirmed that the decision to activate the national guard had been reserved by Miller, a former White House counterterrorism official who Trump installed as head of the Pentagon on November 9, a week after losing the election to Biden.

"Secretary Miller wanted to make the decisions of how the national guard was going to be employed on that day," he told the hearing.

In the same hearing two senior security intelligence officials admitted they did not supply adequate warning to officials about a specific threat of extremists to the Capitol that day.

They said they had issued general bulletins about far-right extremists.

But they downplayed a warning from the FBI's Norfolk, Virginia branch of a possible planned attack on the Capitol on January 6, the day most of the Congress and vice president Michael Pence would be there for Biden's certification.

That warning had not been shared with top officials involved with Capitol security that day.

"It is astounding to me that, even if it's raw intelligence, given what the stakes were on January 6th, that that kind of sharing wasn't routine, and that it didn't happen," said Senator Maggie Hassan.