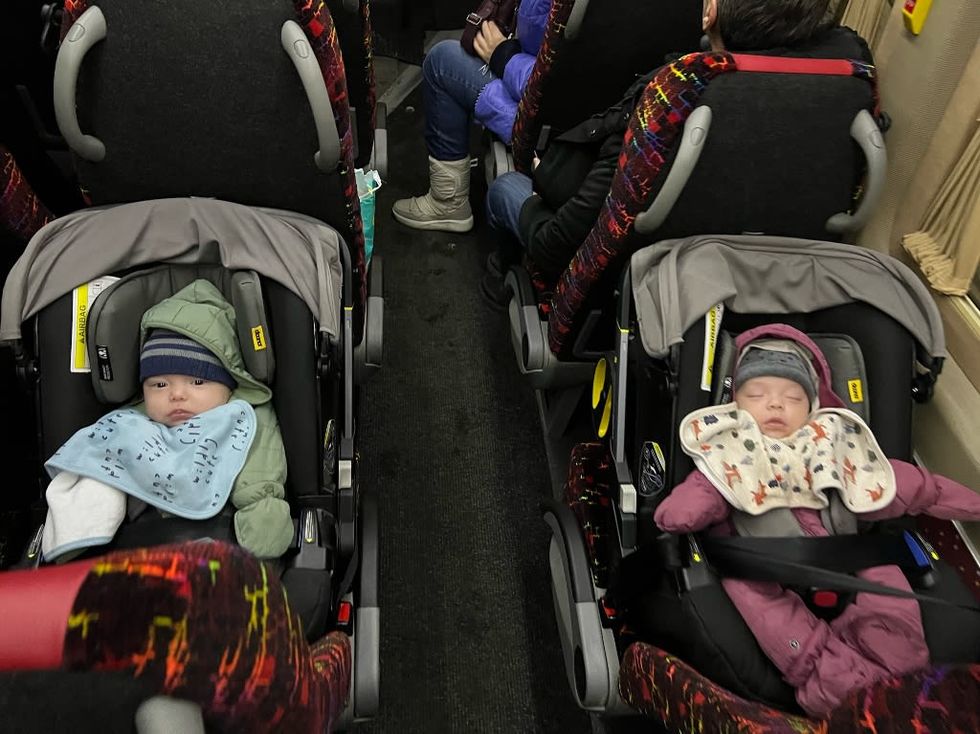 Washington (AFP) - Two American babies born to a surrogate mother from eastern Ukraine and evacuated to Russia after the start of the war have been returned to their US parents, the private group behind the operation, Project Dynamo, said Wednesday.

The twins, a boy and a girl, were "rescued" Tuesday after the organization's first mission on Russian territory, Project Dynamo said in a statement.

The Tampa, Florida-based group was created by former military personnel in 2021 to help evacuate US and Afghan allies during the chaotic military withdrawal from Afghanistan.

The children were not kidnapped but evacuated to Estonia "contacts" in Russia, Peter D'Abrosca, a spokesman for the group, told AFP.

The surrogate mother lived in the Donbas, an eastern region of Ukraine partially occupied by Russian forces. Fleeing the war, she first sought refuge in Crimea before reaching St. Petersburg, where she gave birth to twins, a boy and a girl, in early September, according to the release.

The babies were sent to an orphanage in the city and the parents, a couple from Texas who requested anonymity, had sought to get them back unsuccessfully. The parents then contacted the NGO and one of its cofounders, Bryan Stern, traveled to Estonia to set up the mission from the town of Narva, on the Russian border.

The release does not specify how the extraction of the babies occurred, stating only that "the mission took about a week to set up and was completed in one day."

Bryan Stern voiced his "deep appreciation to the US embassies in Moscow and Tallinn, without providing details to any assistance they may have offered.

Questioned about what help the US embassies offered, the spokesman for the NGO simply said they had "played a role."

The US State Department also declined to provide clarification.

"We are aware of this information," a spokesman said. "For privacy reasons, we will not comment further at this time."

US citizenship is automatically granted to children of American couples born abroad to surrogate mothers or through in-vitro fertilization, provided that at least one parent has biological ties to the baby.