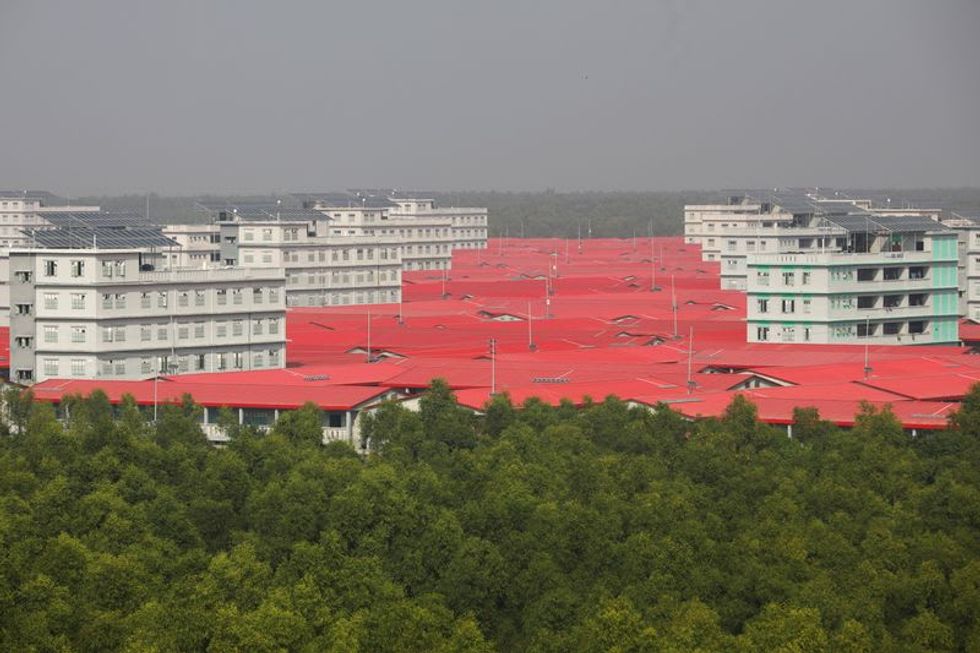 (Reuters) - A deal for the United Nations to start work on a remote Bangladeshi island where the government has sent thousands of Rohingya refugees offers no guarantee they will be allowed to move freely to the mainland, according to a copy of the agreement.

The Bangladesh government has moved nearly 19,000 Rohingya refugees, members of a persecuted mostly Muslim minority from Myanmar, to Bhasan Char island from border camps, despite protests by refugees and opposition from rights groups, who have likened it to an island jail and said some relocations were involuntary.

Refugees have called for freedom of movement between the remote and floodprone island, several hours off the coast, and the sprawling mainland camps near the port town of Cox’s Bazar, while dozens have died in recent months attempting to flee on rickety boats.

The U.N refugee agency, which had previously refused to provide humanitarian services on Bhasan Char until assessments were completed, did not respond to request for comment on why the deal, signed in early October, had not been made public or its contents.

In an Oct. 9 statement, the agency said the agreement covered “key areas of protection, education, skills-training, livelihoods and health, which will help support the refugees to lead decent lives on the island and better prepare them for sustainable return to Myanmar in the future”.

Bangladesh government officials could not immediately be reached for comment.

They can “move on and within Bhasan Char for their daily activities”, it says.

The deal refers to Rohingya as "forcibly displaced Myanmar nationals/refugees", reflecting the refusal of Bangladesh, which is not a signatory to the 1951 Refugee Convention, to confer refugee status on the group.

In a statement on Friday, the non-profit organisation Fortify Rights, which said it had examined the agreement, called on the United Nations and Bangladesh to revise it to include freedom of movement to the mainland.

“UNHCR’s lifesaving services are essential and needed on the island, but the agency must ensure it is not propping up a refugee prison with this agreement,” said the group's regional director, Ismail Wolff.

More than a million Rohingya live in Bangladesh after fleeing Myanmar, the vast majority in 2017 after a military crackdown that included mass killings and gang rapes and which the United Nations said was carried out with genocidal intent.

Myanmar denies genocide, saying it was conducting a legitimate campaign against insurgents who attacked police posts.