US authorities accelerate removal of Haitians at U.S.-Mexico border 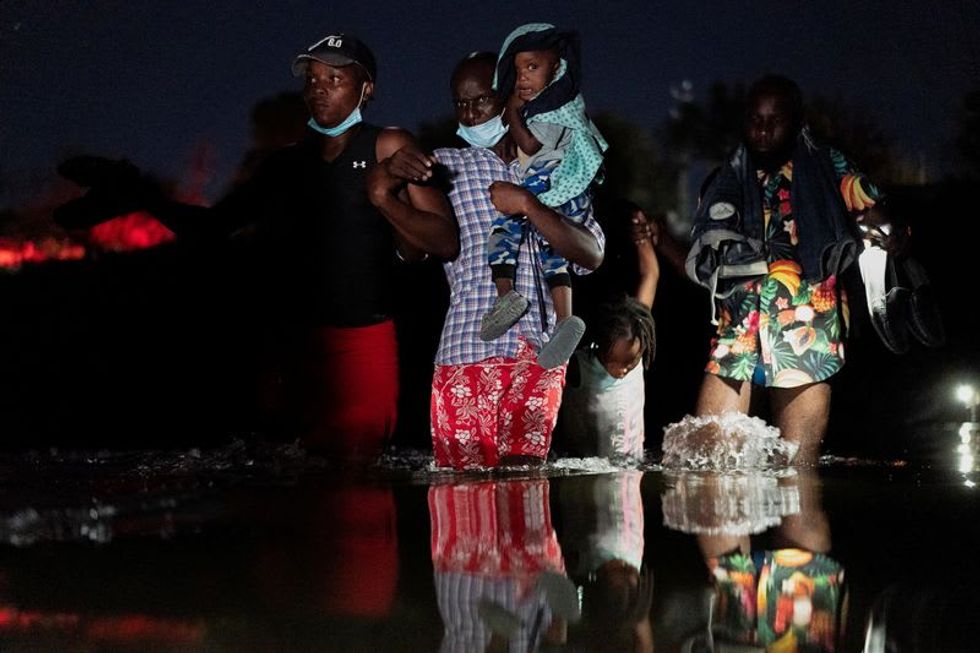 By Alexandra Ulmer and Kristina Cooke

CIUDAD ACUÑA, Mexico (Reuters) - U.S. authorities moved some 2,000 people to other immigration processing stations on Friday from a Texas border town that has seen an influx of Haitian and other migrants, the Department of Homeland Security said on Saturday.

Such transfers will continue "in order to ensure that irregular migrants are swiftly taken into custody, processed, and removed from the United States consistent with our laws and policy," DHS said in a statement.

While some of those seeking jobs and safety have been making their way to the United States for weeks or months, it is only in recent days that the number converging on Del Rio, Texas, has drawn widespread attention, posing a humanitarian and political challenge for the Biden administration.

DHS said that in response to the more than 10,000 migrants sheltering under the Del Rio International Bridge that connects the city with Ciudad Acuña in Mexico, it was accelerating flights to Haiti and other destinations within the next 72 hours.

It said it was working with nations where the migrants began their journeys - for many of the Haitians, countries such as Brazil and Chile - to accept returned migrants.

And it said U.S. Customs and Border Protection was sending 400 additional agents to the Del Rio sector in the coming days, after the border agency said on Friday that due to the influx it was temporarily closing the city's port of entry and re-routing traffic to Eagle Pass, 57 miles (92 km) east.

"We have reiterated that our borders are not open, and people should not make the dangerous journey," a DHS spokesperson told Reuters.

Lafortune Similen, a 40-year-old Haitian, reached the border with his wife and two-year-old daughter after a six-week trip through Mexico. He and his wife Marisose Molestine, 38, who said they left Chile because of racism and poor work prospects, said they did not know what would happen to them after they reached the U.S. banks of the Rio Grande.

"I heard they were sending people back, I saw on Facebook," Similen said before the family waded into the river, knee-deep along this stretch.

But Wilson, a 40-year-old Haitian who gave only one name, said he had seen a message on Facebook that people were being allowed into the United States.

"That's why we came," said Wilson, who reached the border with his wife and daughter on Saturday morning. He said he had been working in construction in Chile.

As it became clear U.S. authorities were sending migrants back to homelands beyond Mexico, Mexican police officers began asking migrants who were buying food in Ciudad Acuña to return to the United States side of the river on Saturday morning, witnesses told Reuters. The migrants argued they needed supplies, and police eventually relented.

On the Texas side, Haitians have been joined by Cubans, Venezuelans and Nicaraguans sheltering in squalid conditions under the Del Rio bridge.

Officials on both sides of the U.S.-Mexico border said the majority of the migrants were Haitians.

Typically migrants who arrive at the border and turn themselves in to officials can claim asylum if they fear being returned to their home country, triggering a long court process. The Trump administration enacted a series of policies to whittle away at those protections, arguing many asylum claims were false.

A sweeping U.S. Centers for Disease Control and Prevention public health order known as Title 42, issued under the Trump administration at the beginning of the coronavirus pandemic, allows most migrants to be quickly expelled without a chance of claiming asylum. Biden has kept that rule in place though he exempted unaccompanied minors and has not been expelling most families.

A judge ruled the policy could not be applied to families on Thursday, but the ruling does not go into effect for two weeks and the Biden administration is appealing it in court.

An en masse expulsion of Haitians at Del Rio is sure to anger immigration advocates who say such returns are inhumane considering the conditions in Haiti, the poorest nation in the Western Hemisphere. In July, the president was assassinated, and in August a major earthquake and powerful storm hit the country.

The Biden administration extended deportation relief to around 150,000 Haitians in the United States with Temporary Protected Status earlier this year. That program does not apply to new arrivals. Deportation and expulsion differ technically - expulsion is much quicker.

The number of Haitian migrants arriving at the U.S.-Mexico border has been steadily rising this year along with an overall increase, according to CBP data.

Many of the Haitians interviewed by Reuters said they used to live in South America and were headed north now because they could not attain legal status or struggled to secure decent jobs.

More than a dozen Haitians in southern Mexico's Tapachula, near the border with Guatemala, told Reuters on Friday that messages in WhatsApp groups spread lies about the ease of crossing the border.