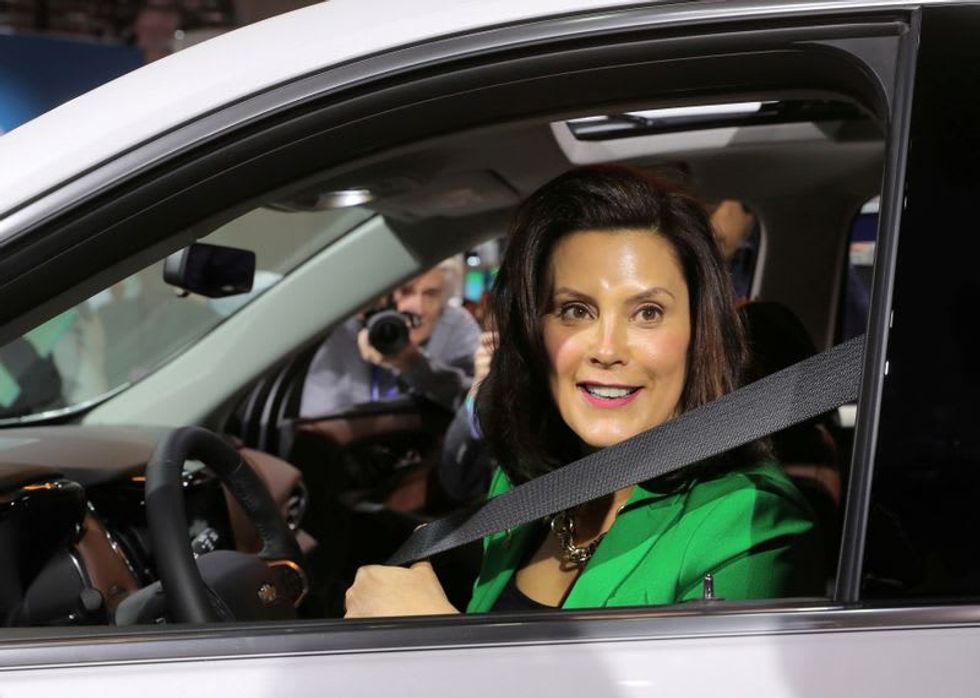 WASHINGTON (Reuters) -A federal grand jury added new charges on Wednesday against three men charged with conspiracy to kidnap Michigan Governor Gretchen Whitmer, saying they planned to use weapons of mass destruction to destroy a bridge, the Justice Department said.

Adam Fox, 40, of Wyoming, Michigan; Barry Croft Jr., 45, of Bear, Delaware; and Daniel Joseph Harris, 23, of Lake Orion, Michigan, were charged with knowingly conspiring to use weapons of mass destruction against persons or property, the department said, in addition to a kidnapping conspiracy charge in October.

The superseding indictment on Wednesday alleges that they three planned to destroy a nearby bridge, which would have harmed and hindered Whitmer's security detail and any responding law enforcement officers, a Justice Department statement said.

The new indictment also alleged that Croft and Harris possessed a "destructive device" that was not registered as required by U.S. federal law. It said Harris also possessed an unregistered semiautomatic assault rifle.

Fourteen men were accused of taking part in a plot by right-wing militia extremists to abduct Whitmer. One of them broke ranks with his co-defendants in January and pleaded guilty to a federal kidnapping conspiracy charge.

Prosecutors have said all 14 suspects targeted Whitmer in retribution for public health orders she imposed placing restrictions on a wide range of social and business activity to reduce the spread of the coronavirus.