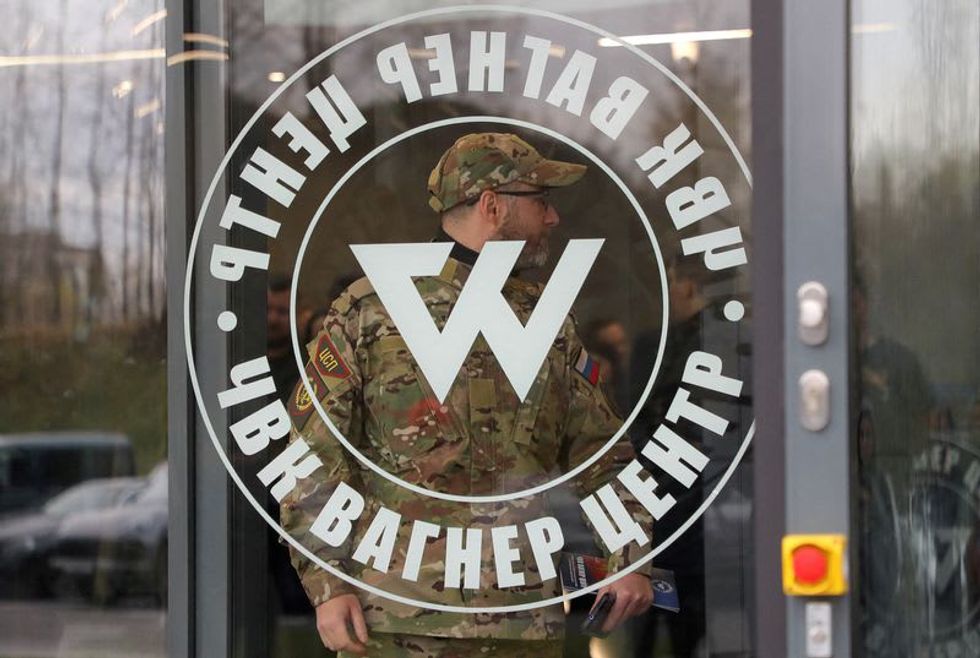 By Steve Holland and Jeff Mason

WASHINGTON (Reuters) -The United States will impose additional sanctions next week against Russian private military company the Wagner Group, which U.S. officials say has been helping Russia's military in the Ukraine war, the White House said on Friday.

"In coordination with this designation, we will also impose additional sanctions next week against Wagner and its support network across multiple continents. These actions recognize the transcontinental threat that Wagner poses, including through its ongoing pattern of serious criminal activity," Kirby told reporters at the daily White House briefing.

Declaring Wagner a Transnational Criminal Organization under U.S. executive order 13581 freezes any U.S. assets of Wagner and prohibits Americans from providing funds, goods, or services to the group.

"With these actions, and more to come, our message to any company that is considering providing support to Wagner is this: Wagner is a criminal organization that is committing widespread atrocities and human rights abuses, and we will work relentlessly to identify, disrupt, expose, and target those assisting Wagner," Kirby said.

Last month the White House said the Wagner Group had taken delivery of an arms shipment from North Korea to help bolster Russian forces in Ukraine, in a sign of the group's expanding role in that conflict.

The White House on Friday made public an image dated Nov. 18 that it said showed Russian rail cars traveling between Russia and North Korea.

Kirby said North Korea delivered infantry rockets and missiles into Russia for use by Wagner and that the imagery showed five Russian railcars that traveled from Russia to North Korea. "On November 19, North Korea loaded the railcars with shipping containers, and the train returned to Russia," he said.

"While we assess that the amount of material delivered to Wagner has not changed battlefield dynamics in Ukraine, we expect that it will continue to receive North Korean weapons systems," he said.

Kirby said Russian President Vladimir Putin has been increasingly turning to Wagner for military support, causing some tensions in Moscow.

"We are seeing indications, including in intelligence, that tensions between Wagner and the Russian Defense Ministry are increasing," he said. "Wagner is becoming a rival power center to the Russian military and other Russian ministries."

He said the United States assesses that Wagner currently has about 50,000 personnel deployed to Ukraine, including 10,000 contractors and 40,000 convicts recruited from Russian prisons.

"Our information indicates the Russian Defense Ministry has reservations about Wagner's recruitment methods. Despite this, we assess that it is likely that Wagner will continue to recruit Russian prisoners," he said.

The Wagner Group did not immediately respond to a request for comment on Kirby's remarks.