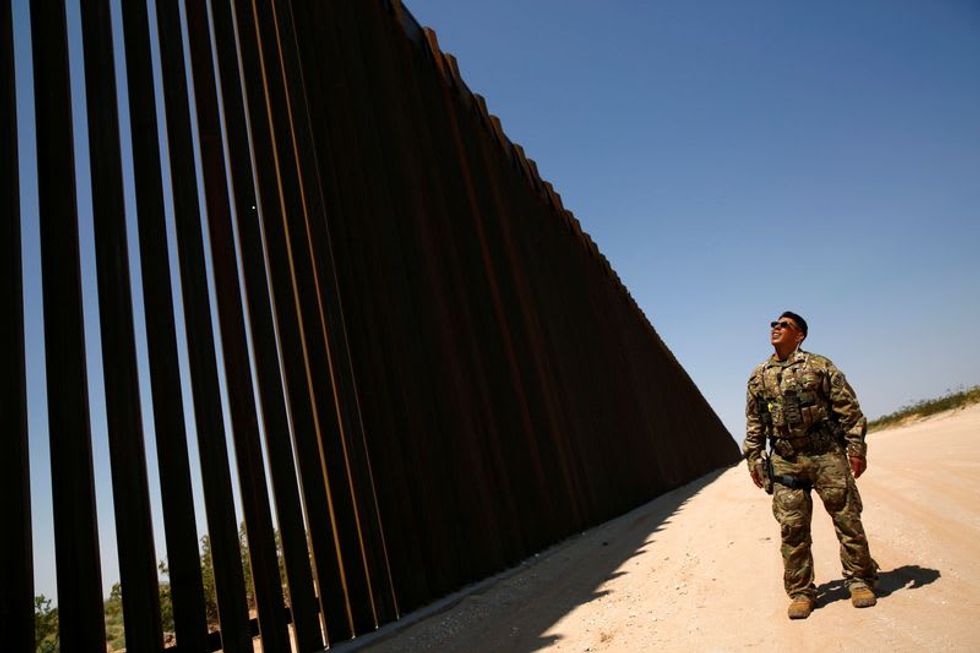 By Ted Hesson and Dave Graham

(Reuters) - The Biden administration will restart a controversial Trump-era border program that forces asylum seekers to wait in Mexico for U.S. immigration hearings, in keeping with a federal court order, U.S. and Mexican officials said on Thursday.

President Joe Biden, a Democrat, has struggled in his first year in office to reverse many hardline immigration policies put in place by his Republican predecessor Donald Trump and at the same time is facing a record number of migrant arrests at the U.S.-Mexico border.

Biden ended the Trump policy known as the Migrant Protection Protocols (MPP) soon after his inauguration in January as part of a promise to implement what he called a more humane approach to immigration. But a federal judge ruled Biden's rescission did not follow proper procedure and in August ordered the policy's reinstatement. The U.S. government said it had to wait for Mexico's agreement before restarting MPP.

"The United States accepted all the conditions that we set out," said one Mexican official.

The United States will take steps to address Mexico's humanitarian concerns about the program, the U.S. and Mexican officials said, including offering COVID-19 vaccines to returning migrants and exempting more categories of people deemed vulnerable.

Migrants also will be asked if they have a fear of persecution or torture in Mexico before being enrolled in the program and have access to legal representation, U.S. officials said during a call with reporters on Thursday.

Any migrant from the Western Hemisphere could be placed in the reworked MPP program, one of the U.S. officials said. The number of Haitians and Venezuelans caught at the U.S.-Mexico border has jumped in the past year, adding to large numbers of Mexican and Central American crossers.

At the same time, the Biden administration is still actively trying to end the MPP program, issuing a new rescission memo in the hopes it will resolve the court's legal concerns.

The policy was a cornerstone of Trump's immigration crackdown. During the Trump administration, tens of thousands of people who entered at the U.S.-Mexico land border were sent back to Mexico to wait months - sometimes years - to present their cases at U.S. immigration hearings held in makeshift courtrooms near the border. Many migrants, however, failed to appear in court amid the long delays and dangers in Mexico.

Immigration advocates say MPP exposed migrants to violence and kidnappings in dangerous border cities, where people camped out as they waited for their hearings.

The MPP program will restart on Monday, likely with a small number of migrants at a single U.S. border crossing, one of the U.S. officials said. Returns to Mexico will eventually take place at seven border crossings in California, Arizona and Texas, according to the U.S. Department of Homeland Security (DHS).

The reinstatement of MPP adds to a confusing mix of immigration policies in place at the U.S.-Mexico border, where arrests reached a record 1.7 million in the 2021 fiscal year, which ended in September.

Even as Biden tried to end MPP, his administration continued to implement a Trump-era public health order known as Title 42, which allows border authorities to rapidly expel migrants without giving them a chance to claim asylum.

Nearly two-thirds of migrants caught crossing the U.S.-Mexico border this fiscal year have been expelled under the Title 42 order.

Now migrants caught at the U.S.-Mexico border will first be evaluated to determine whether they can be quickly expelled under Title 42, one U.S. official said. Those who cannot be expelled will either be returned to Mexico with an MPP court date or released or detained in the United States.

Exceptions will be made for migrants with health issues, the elderly and those at risk of discrimination in Mexico, particularly based on gender identity and sexual orientation, a different U.S. official said.

The United States and Mexico will arrange transportation for migrants waiting in Mexican shelters so that they can attend their court hearings in the United States, another U.S. official said.

But local officials in Mexico said many border shelters are already full and overwhelmed. Mexico is also struggling with makeshift migrant encampments that have popped up along the border in the past year.

Migrants with cases in Laredo and Brownsville will be placed in shelters further away from the U.S.-Mexico border to avoid security risks in the Mexican border cities of Nuevo Laredo and Matamoros, the U.S. official said.

The Biden administration will dedicate 22 immigration judges to hear MPP cases in an effort to ensure they are completed within 180 days, a separate U.S. official said.

Mexican officials hope the deal will ease pressure on the weight of returns, with one saying that under the revised MPP program the government expected that 10-15% of people who cross the border will end up returning to the United States for a court hearing.

(Reporting by Ted Hesson in Washington and Dave Graham in Mexico City; Additional reporting by Kristina Cooke in San Francisco and Lizbeth Diaz in Mexico city; Editing by Mica Rosenberg and Daniel Wallis)