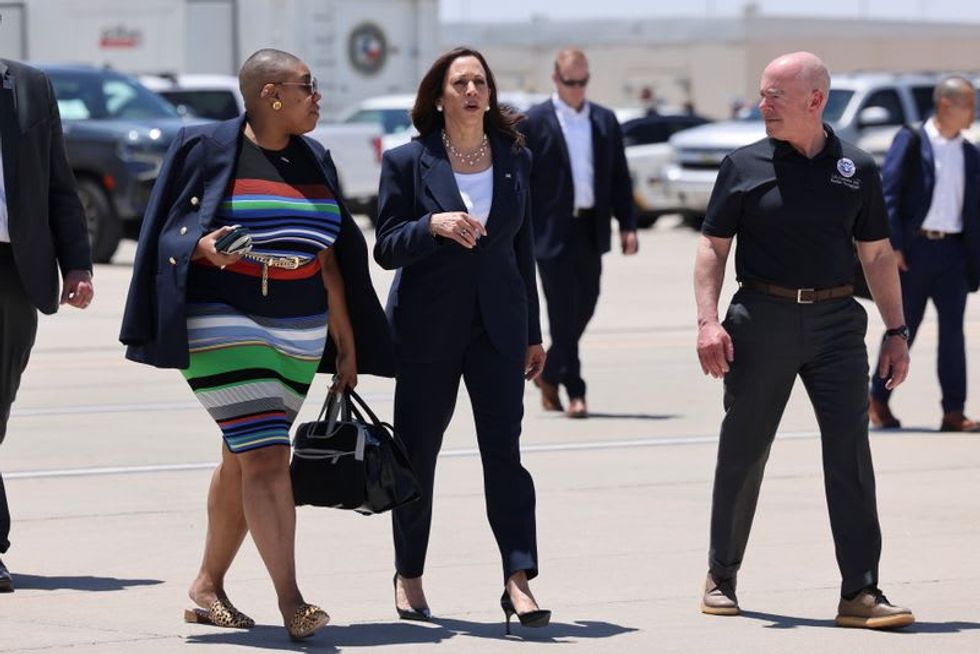 (Reuters) - U.S. Vice President Kamala Harris' senior adviser and chief spokesperson Symone Sanders is leaving by the end of the year, the latest high-profile departure from her office amid growing concerns over her communication strategy and how well the first woman to hold the job is being positioned for future political roles.

Sanders, who previously worked for President Joe Biden's campaign, often traveled with Harris on domestic and foreign trips as the vice president navigated the complex social and political issues Biden has assigned her to tackle.

Harris was tasked in June with leading the Democratic White House's push to increase voting rights at a time when Republicans are passing dozens of laws that civil rights experts say will make it harder for minorities to vote. She was asked in March to address the root causes of migration from Central America to the U.S. southern border, a problem that has bedeviled multiple presidents.

"It's natural for staffers who have thrown their heart and soul into a job to be ready to move on to a new challenge after a few years," White House Press Secretary Jen Psaki said of Sanders' departure on Thursday. "It's also an opportunity, as it is in any White House, to bring in new faces, new voices and new perspectives," she said.

The vice president "values Symone and she is beloved," said a White House official who did not wish to be identified.

A separate White House official familiar with the situation said the departures come amid concerns Harris is not being adequately prepared or positioned for the next natural step in her career, replacing Biden as president, and instead is being sidelined.

Harris has struggled to show she's making an impact on voting, immigration or other policy priorities during the first year of the Biden administration. At the same time, some Republicans and conservative news outlets have made her a target of personal attacks.

Her approval ratings have been underwater for months.

Sanders, who did not respond to a request seeking comment, sent a note to staff on Wednesday announcing her decision.

"From my first days on the president's campaign to traveling with the VP when she joined the ticket, to witnessing the historic swearing in of the President and Vice President. It's been an honor," she said.

She also made it known, both privately and in her memoir, that she was interested in becoming the White House Press Secretary and the first Black woman to hold the job, but was passed over for the role earlier this year.