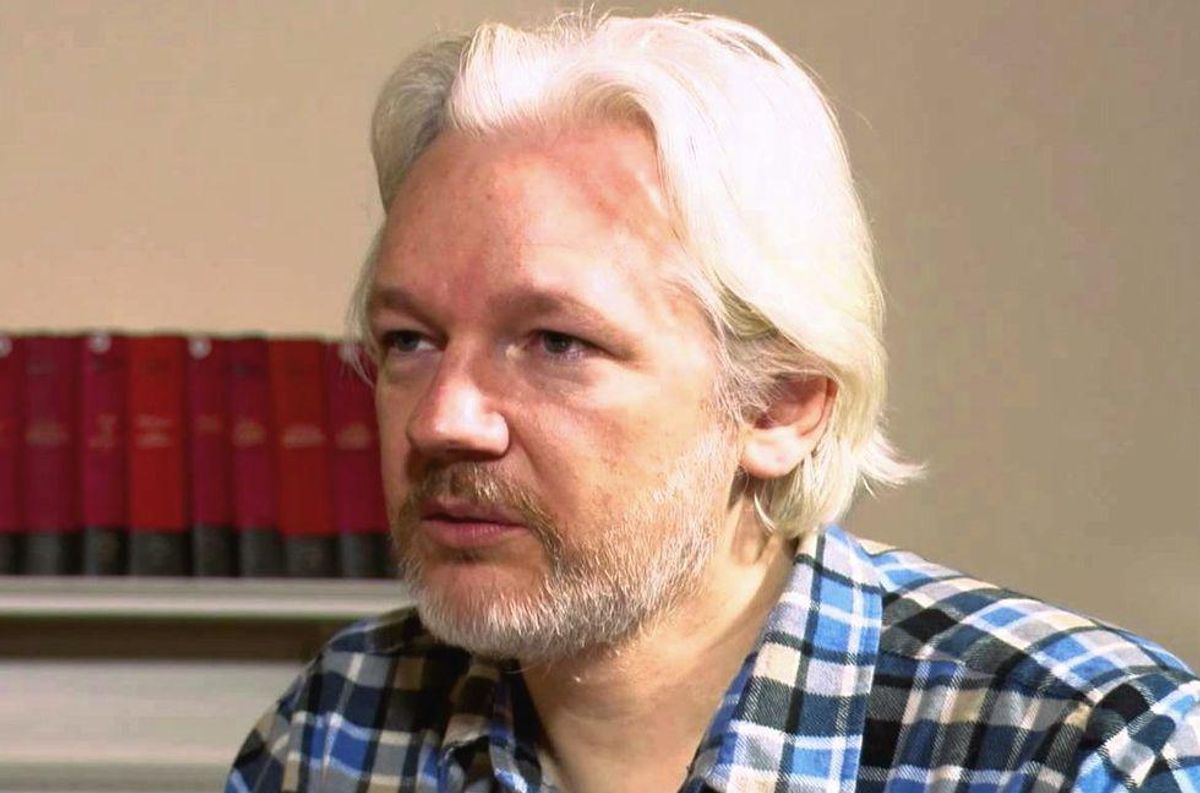 A British judge on Wednesday gave the US government extra grounds to appeal a refusal to extradite WikiLeaks founder Julian Assange, after it argued the initial ruling relied on a witness who misled court.

District Judge Vanessa Baraitser in January refused to grant a request by Washington for Assange to face trial in the United States on spying charges, ruling he was at serious risk of suicide.

But lawyer Clair Dobbin, representing the US government which is appealing the decision, said the judge "didn't appreciate the weight" of expert evidence that concluded Assange was not a suicide risk.

Instead, the judge relied on evidence presented by Assange's psychiatric expert Michael Kopelman, Dobbin told the High Court in London.

She said that Kopelman had admitted to misleading the court by "concealing" that his client had fathered children while holed up in the Ecuadorian embassy in London.

"She really needed to interrogate why he was willing to mislead her," Dobbin told judges Timothy Holroyde and Judith Farbey during a preliminary appeal hearing.

"Experts aren't allowed to mislead for any reason."

The full hearing in the case, which is seen by Assange's backers as a cause celebre for press freedom, will take place on October 27 and 28, he added.

Assange himself was remanded in custody until then.

Judge Baraitser initially concluded that Assange's mental health would deteriorate when faced with the "harsh conditions" likely to await him in the US jail system, "causing him to commit suicide".

Assange, who is currently being held at London's high-security Belmarsh Prison, is wanted on 18 charges in the US relating to the 2010 release by WikiLeaks of 500,000 secret files detailing aspects of military campaigns in Afghanistan and Iraq.

The 50-year-old Australian followed court proceedings via a video link from prison, sporting long white hair and an unbuttoned white shirt with an untied tie draped around his neck.

Stella Moris, Assange's fiancee and the mother of his two young children, was tearful after the ruling was handed down, saying he had faced "sustained threats to his life for the past 10 years".

"This is a mockery of liberty," Colombian protester Mario Mantilla, 58, who was dressed in a Statue of Liberty costume splashed with fake blood, told AFP.

"He is a journalist whose only crime is spilling the rotten, dirty business of the world," he added.

John McGhee, 65, of Torquay, southwest England, has been an Assange supporter for a decade.

He told AFP he had "no faith in the system at all", accusing the US of having "no respect for the law at all.

"It's been the case for a long time but it's getting seriously bad now," he added.

After Sweden first issued an arrest warrant for Assange in 2010 over allegations of sexual assault, he sought asylum in Ecuador's embassy in London, where he remained from 2012 until 2019.

In April 2019, Ecuador, by then ruled by right-wing President Lenin Moreno, revoked his citizenship. British police dragged Assange out of the embassy.

Despite blocking his extradition, Baraitser ruled in January that Assange must remain in custody while the US appeals the decision.