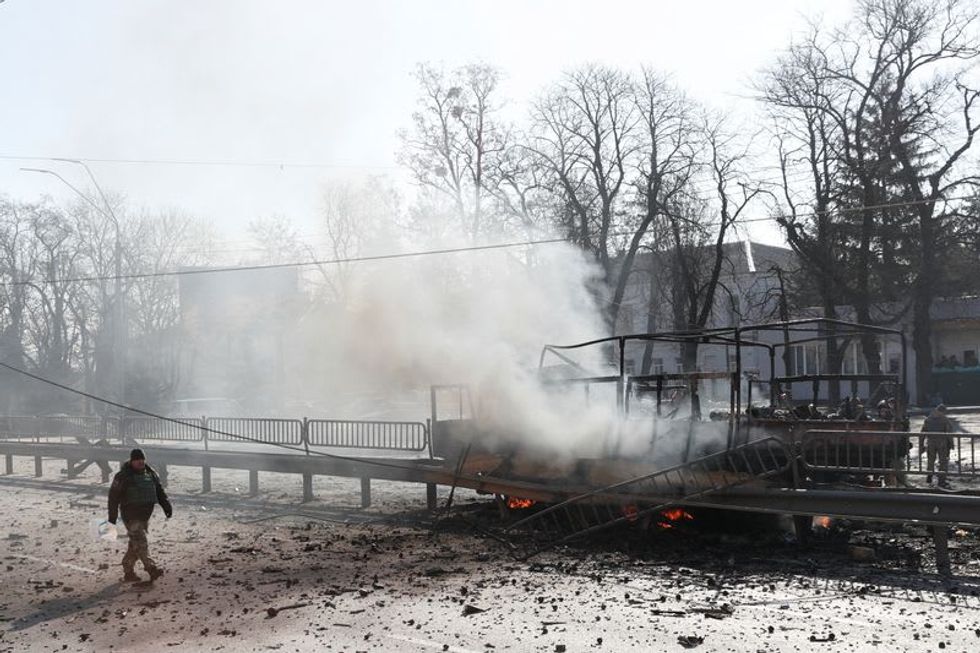 LONDON (Reuters) - The Russian advance into Ukraine has temporarily slowed, probably because of logistical problems and strong resistance, Britain's defence ministry said on Saturday. "The speed of the Russian advance has temporarily slowed likely as a result of acute logistical difficulties and strong Ukrainian resistance," the ministry said in a regular intelligence update posted on Twitter. "Russian forces are bypassing major Ukrainian population centres while leaving forces to encircle and isolate them. Overnight clashes in Kyiv are likely to have involved limited numbers of pre-positioned...