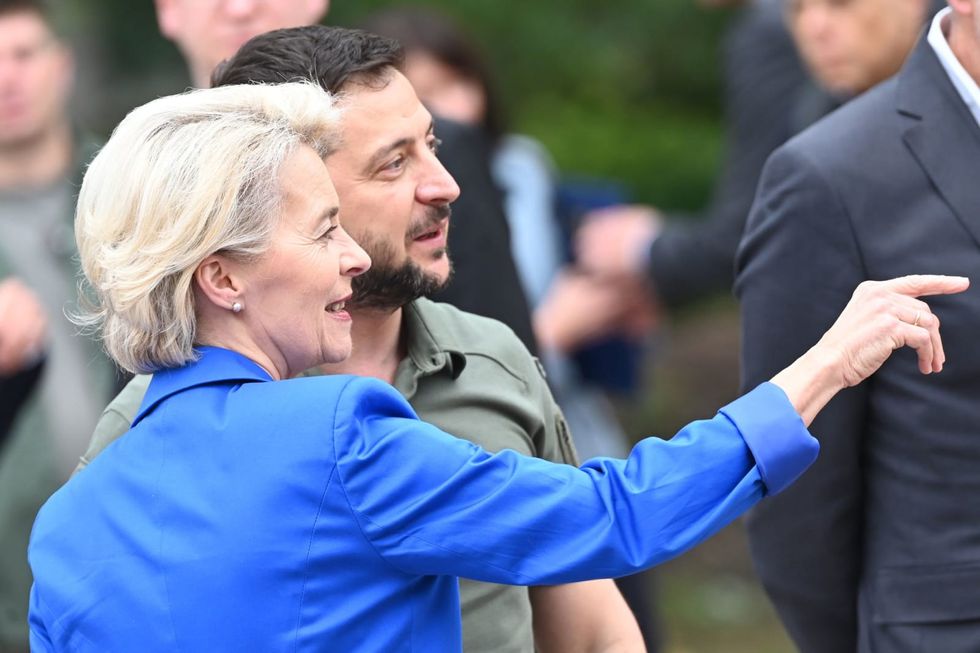 A mass grave has been found in Ukraine's north-eastern city of Izyum after it was retaken from Russian forces just days ago, Ukrainian President Volodymyr Zelensky said Thursday.

"A mass burial site was found in Izyum, Kharkiv region. The necessary procedural actions have already begun there. There should be more information - clear, verified information - tomorrow," Zelensky said in his evening address.

Ukrainian media reported finding more than 440 bodies in a forest.

"We want the world to know what is really happening and what the Russian occupation has led to," the Ukrainian leader said. "Bucha, Mariupol, now, unfortunately, Izyum... Russia leaves death everywhere. And it must be held accountable for that."

Hundreds of bodies were found in the Kiev suburb of Bucha after Russian troops withdrew in early April. Russian soldiers have been accused of committing war crimes against civilians there.

Izyum was retaken just days ago as Kiev's troops recaptured more and more territory from invading Russians forces as part of a major counteroffensive. An important transport hub, it is considered the gateway to the industrial region of Donbass and had more than 40,000 inhabitants before the war.

"I know there needs to be consolidation, but still it is impressive to see the bravery of the Ukrainian armed forces," von der Leyen said at a joint press conference with Zelensky during a visit to Kiev.

"It is absolutely vital and necessary to support Ukraine with the military equipment they need to defend themselves and they have proven that they are able to do that if they are well equipped," she said.

The European Union itself does not possess any military equipment but member states have so far made €2.5 billion ($2.5 billion) available to support the Ukrainian military.

The United States meanwhile announced it authorized an additional $600 million in military assistance to Ukraine, including "additional arms, munitions, and equipment from U.S. Department of Defense inventories," a statement by US Secretary of State Antony Blinken said without going into specifics about the weaponry.

"This drawdown will bring the total U.S. military assistance for Ukraine to approximately $15.8 billion since the beginning of this Administration."

Many Western nations supporting Ukraine are carefully weighing up what the limits of their military backing for Kiev should be.

Russia's Foreign Ministry spokeswoman Maria Zakharova on Thursday said supplies of heavy weapons to Ukraine were dragging out the conflict and "leading up to the line of a direct military clash between Russia and NATO states."

She warned the US against providing longer range missiles to Ukraine.

"If Washington takes a decision on delivering missiles of greater range to Kiev, it will cross a red line," Zakharova said. "In a case like that, we will be forced to react correspondingly," she added, making reference to defence by "all possible means."

Ukraine has called for missiles with a 300-kilometre range which it says it could use to strike a recently built bridge linking the Crimean Peninsula to Russia over the Kerch Strait.

The European Parliament in Strasbourg meanwhile backed a further €5 billion in aid for Ukraine, after the European Investment Bank (EIB) had disbursed the first part of a loan package worth almost €1.6 billion on Wednesday.

Von der Leyen said during her visit - her third to Kiev since Russia started its invasion in February and the first one since Ukraine was named an official candidate for EU membership - that Ukraine's accession process to join the bloc "is well on track."

"It's impressive to see the speed, the determination, the preciseness with which you are progressing," said von der Leyen.

Ukrainian Prime Minister Denys Shmyhal said last week in Brussels that his country wants to meet the EU's requirements for opening accession negotiations by the end of the year.

Von der Leyen mentioned reducing non-tariff trade barriers and including Ukraine in the EU's free roaming zone as examples of efforts to make sure Ukraine could have a seamless transition to the European single market.