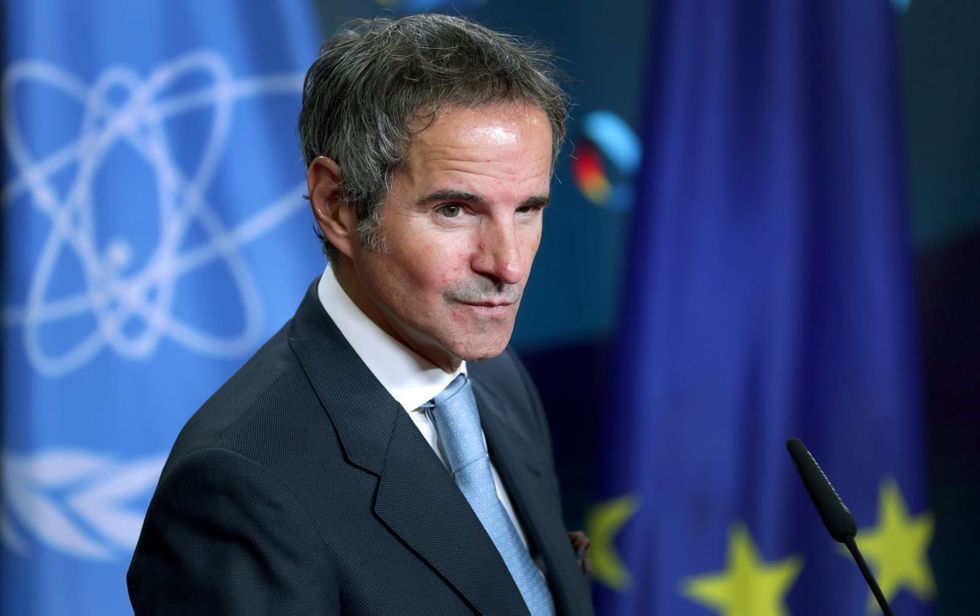 The UN General Assembly on Wednesday condemned Russia's recent move to annex four Ukrainian regions, by a vote of 143-5, with 35 countries abstaining.

The measure is not binding, but the resolution declared the annexation to be invalid and demands that Russia undo its moves to incorporate the eastern Ukrainian regions of Donetsk, Kherson, Luhansk and Zaporizhzhya.

Along with Russia, the nay votes came from Belarus, Nicaragua, North Korea and Syria.

Supporters of Ukraine were buoyed by the fact that the resolution drew two more votes than the 141 that initially condemned Russia's invasion half a year ago. At the same time, they noted that key powers like China and India had abstained. Brazil, Saudi Arabia and Turkey supported the measure.

"The world has spoken - Russia's attempted annexation is worthless and will never be recognized by free nations," he wrote on Twitter.

US Secretary of State Antony Blinken said the resolution was a strong sign of international unity.

The vote was a "powerful reminder that the overwhelming majority of nations stand with Ukraine, in defense of the UN Charter, and in resolute opposition to Russia’s ongoing war against Ukraine and its people," Blinken said in a statement.

"Russia's violent contempt for Ukraine's national borders and sovereignty cannot and will not be accepted."

Earlier in the day, Zelensky told world leaders he wanted a regular forum on financial assistance for his country.

"It would be good to create a permanent working group that would provide financial assistance to Ukraine and work in a timely manner at different levels," Zelensky said via video at the annual meeting of the World Bank and International Monetary Fund in Washington.

The format was to be modelled on the Ukraine Defence Contact Group, through which arms deliveries for the Ukrainian armed forces are coordinated.

IMF chief Kristalina Georgieva said the goal is to set it up as soon as possible.

Zelensky also called for, among other things, targeted loans of $2 billion to rebuild, for example, electrical energy infrastructure.

As Zelensky made the call, the Group of Seven (G7) leading democratic economic powers said they intend to provide further financial assistance to Ukraine in the coming year.

In addition to military and humanitarian support, budgetary aid amounting to $20.7 billion has already been provided, and a total of $33.3 billion has been pledged for this year.

Zelensky said Ukraine has the strength to continue the war against Russia, in an interview with German public broadcaster ZDF released on Wednesday.

"We have brave people, we have brave soldiers," he said. "Nobody likes to lose, nobody wants to look like a loser ... We can't afford to lose, this is a question of survival for us."

"If we win, it will be a victory for the whole country, and we want to achieve victory with as little sacrifice as possible," Zelensky said.

In Ukraine proper, electric power has been restored to the besieged Zaporizhzhya nuclear power plant (ZNPP), the head of the International Atomic Energy Agency (IAEA) confirmed.

"I've been informed by our team on site that external power to #Zaporizhzhya NPP is restored," IAEA chief Rafael Grossi tweeted. "#ZNPP's operator says this morning's outage was caused by shelling damage to a far off sub-station, highlighting how precarious the situation is. We need a protection zone ASAP," Grossi added.

Earlier, Grossi had indicated that the Russian-occupied plant had been cut off from its external power supply for the second time in just five days, a development he called "deeply worrying."

Grossi said the repeated loss of the plant's off-site power underlined the urgent need for a nuclear safety and security zone around it.

Grossi will be in Kiev on Thursday for talks, his spokesperson said.

Without external power, Europe's largest nuclear power plant has enough fuel from diesel generators to run its cooling systems for about 10 days and prevent a nuclear accident, according to the IAEA.

Russia has effectively controlled the plant since the beginning of March, when Moscow's troops occupied large parts of southern Ukraine.

The ZNPP has come under fire several times. Ukraine and Russia blame each other.

Meanwhile, Russia has detained eight people for the Saturday explosion that sent a section of the strategically important Crimean Bridge tumbling into the Black Sea, state media reported.

In retaliation, Russia struck Kiev and other cities with missiles on a large scale, many of them targeting energy infrastructure. At least 19 people died in the attacks on Monday, according to Ukraine. Further attacks were reported on Wednesday.

The Ukrainian side has celebrated the destruction of the bridge, but has not officially claimed responsibility for it.

The bridge is an important supply route for Moscow's floundering military campaign in Ukraine. It was opened by Putin himself to much pomp and fanfare in 2018.