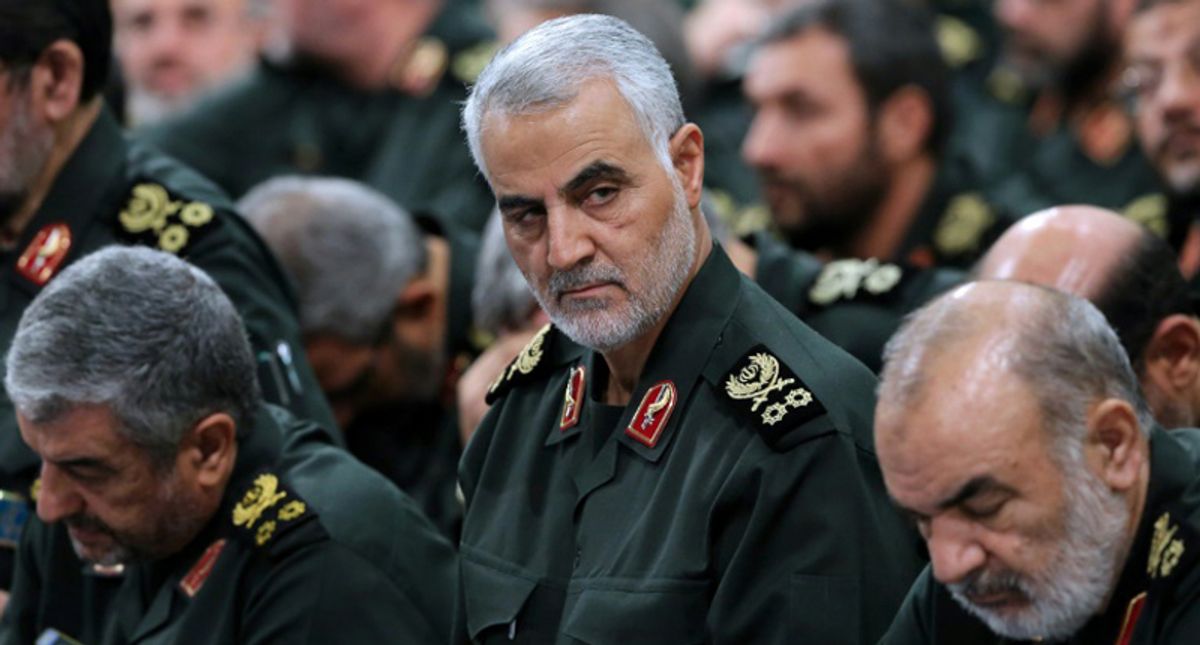 The United Nations warned Tuesday that Iraq could spin out of control after a rocket attack on the Kurdish regional capital Arbil killed a foreign contractor for the US military and wounded several other people.

The attack late Monday was the first time in nearly two months that Western military or diplomatic installations have been targeted in Iraq after a series of similar incidents last year that were blamed on pro-Iranian Shiite factions.

"Such heinous, reckless acts pose grave threats to stability," she posted on Twitter, calling for "restraint" and cooperation between the federal and regional governments on a probe.

On Monday evening, more than a dozen 107 mm rockets -- the same calibre used in attacks in Baghdad -- were fired from around eight kilometers (five miles) west of Arbil.

They appeared to be targeted at a military complex in Arbil airport that hosts foreign troops deployed as part of a US-led coalition helping Iraq fight jihadists since 2014.

But they struck all over the northwest of the city, including residential neighborhoods where they wounded five civilians, the Arbil health directorate told AFP.

Another nine people were wounded, including eight civilian contractors and one US soldier, he said.

By Tuesday morning, the remnants of the rockets had been cleared, leaving small craters in the paved streets of Arbil and in the plaster walls outside homes.

"Of course this bombing affected us -- it put our lives at risk," said resident Nariman Mohammad, 51.

"I don't see any meaning to any of this. We're also people, and we want to live."

After being closed to flights throughout the morning, Arbil airport resumed its normal schedule at midday (0900 GMT), a government spokesman told AFP.

Late Monday, US Secretary of State Antony Blinken said he was "outraged" by the attack and pledged US support in holding those responsible to account.

"I have reached out to Kurdistan Regional Government Prime Minister Masrour Barzani to discuss the incident and to pledge our support for all efforts to investigate and hold accountable those responsible," he said.

Barzani had earlier condemned the attack "in the strongest terms," while Iraqi President Barham Saleh called it a "dangerous escalation and a criminal terrorist act".

Western military and diplomatic facilities have been targeted by dozens of rockets and roadside bombs since late 2019, but most of the attacks have been on Baghdad, not Arbil.

Several of the attacks have been deadly, with both foreign and Iraqi personnel killed.

Iraqi and US security officials have blamed hardline pro-Iran factions, including Kataeb Hezbollah and Asaib Ahl al-Haq, which are both vehemently opposed to the US presence in Iraq.

Late Monday, a shadowy group calling itself Awliyaa al-Dam (Guardians of Blood) said it carried out the attack but security officials have told AFP they believe it to be a front group for those same prominent pro-Iran factions.

Last year, an attempt by Iraqi Prime Minister Mustafa al-Kadhemi to arrest more than a dozen members of Kataeb Hezbollah accused of rocket attacks ended in the swift release of all but one of the fighters.

Instead, then US president Donald Trump ordered several rounds of bombing raids on Kataeb Hezbollah in response to the deaths of US service members.

Before leaving office in January, Trump had threatened that any further fatal attacks would prompt a mass bombing campaign, with Iraqi sources telling AFP that more than 100 sites would be targeted.

Iraqi and even US officials have told AFP in recent weeks that it was not clear whether the Joe Biden administration would pursue the same "tripwire."

Since Iraq declared victory over the Islamic State group in late 2017, the coalition presence has been reduced to fewer than 3,500 troops, 2,500 of them American.

Most are concentrated at the military complex at Arbil airport, a coalition source told AFP.

Both Iran and hardline Iraqi armed groups have repeatedly pledged to take revenge for Soleimani's killing.

The same groups have recently vowed to boost their military activity in the Kurdistan region, ostensibly against a Turkish incursion.