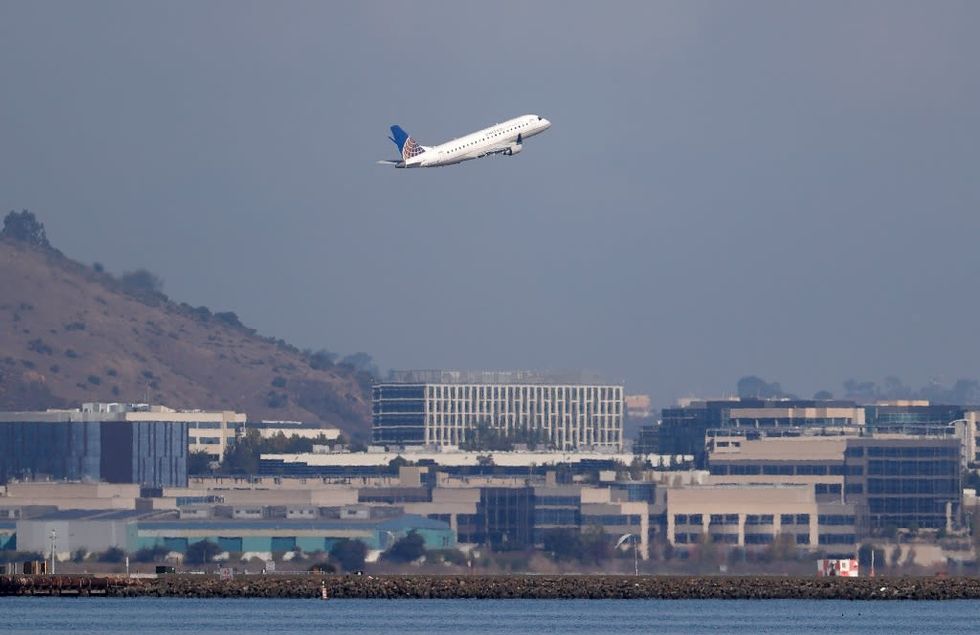 United Airlines (plane pictured taking off from San Francisco International Airport in October 2021) had announced on August 6, 2021 that its employees should be vaccinated or risk being terminated

Washington (AFP) - A US judge ruled Monday in favor of United Airlines, which offered unpaid leave to employees who declined to receive a mandated Covid-19 vaccine on religious or medical grounds.

The decision came after a federal appeals court on Saturday suspended a vaccine mandate by President Joe Biden's administration that is intended to push millions of workers at businesses with more than 100 employees into getting Covid-19 shots.

United Airlines had announced on August 6 that its employees should be vaccinated or risk being terminated.

"It is not for the Court to decide if United's vaccine mandate is bad policy," said Texas judge Mark Pittman in his decision released Monday.

The court had been called to pronounce upon a very specific point: the leave United Airlines offered to employees who took advantage of the medical or religious exemption could be for as long as necessary, but would be unpaid.

The judge decided that the elements were insufficient to demonstrate the "imminent, irreparable injury" that the furloughed employees claimed they were suffering.

"The Court faces the difficult task of balancing individual liberties against a company's ability to exercise its business judgment," the judge said.

He noted that the plaintiffs had argued that United caused them irreparable harm by "simply forcing them to choose between their livelihood and their right to live out their faith absent undue hardship from their employer."

But he ruled that difficulties stemming from the loss of income were not "irreparable" and could not therefore be qualified as such.

United had said that of its approximately 67,000 employees, about 2,000 have requested an exemption, two-thirds of them on religious grounds and the remaining third for medical reasons.