US envoy chides China in talk with Taiwan leader 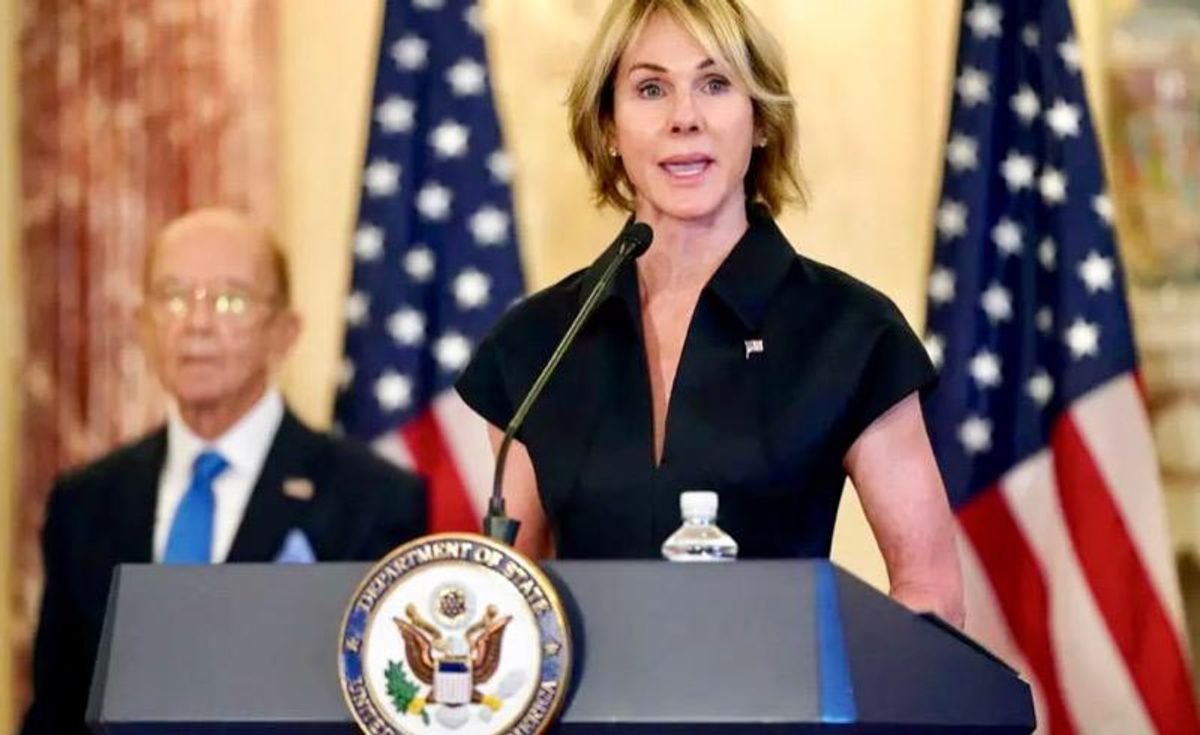 Washington's envoy to the United Nations held a virtual talk with Taiwan's president on Thursday after her visit to the island was scrapped in a diplomatic volte-face during the chaotic last days of the Trump administration.

Ambassador Kelly Craft praised Taiwan's success in fighting the coronavirus while criticising China for blocking the island from global bodies during a video discussion with President Tsai Ing-wen.

"Unfortunately, Taiwan is unable to share those successes in UN venues, including the World Health Assembly, as a result of PRC obstruction," Craft tweeted, referring to the People's Republic of China.

Taiwan has been praised for its pandemic response, with fewer than 850 cases and seven deaths.

It effectively sealed its borders and implemented strict quarantine and tracing measures to stifle its initial outbreak and at one point last year recorded 253 days without a single local transmission.

"If the pandemic has taught us anything, it is that more information, more transparency, is part of the answer," Craft said.

Craft's comments came as a team of experts from the World Health Organization (WHO) arrived in Wuhan on Thursday to begin a highly politicised probe into the origins of the virus.

The 10 scientists must first complete a two-week quarantine in Wuhan, where the virus first emerged late last year before sweeping the globe, infecting tens of millions people and killing nearly two million so far.

Craft's Taiwan visit and Secretary of State Mike Pompeo's trip to Europe were called off at the last minute, just a week before the inauguration of US President-elect Joe Biden.

In a statement released by her office after the video call, Tsai expressed regret that Craft was unable to visit and described Taiwan as a "force for good" that deserves a place on the world stage.

Taiwan was expelled from the WHO in 1972, a year after losing the "China" seat at the UN to the People's Republic of China.

It was allowed to attend the WHO's top annual meetings between 2009 and 2016 as an observer when relations with China were warmer.

However, Beijing has stepped up its campaign to pressure Taipei since Tsai came to power as she refuses to acknowledge its stance that self-ruled democratic Taiwan is part of China.

China's authoritarian leadership views Taiwan as its own territory and has vowed to seize it one day. It tries to keep the island's 23 million people locked out of international bodies and diplomatically isolated.