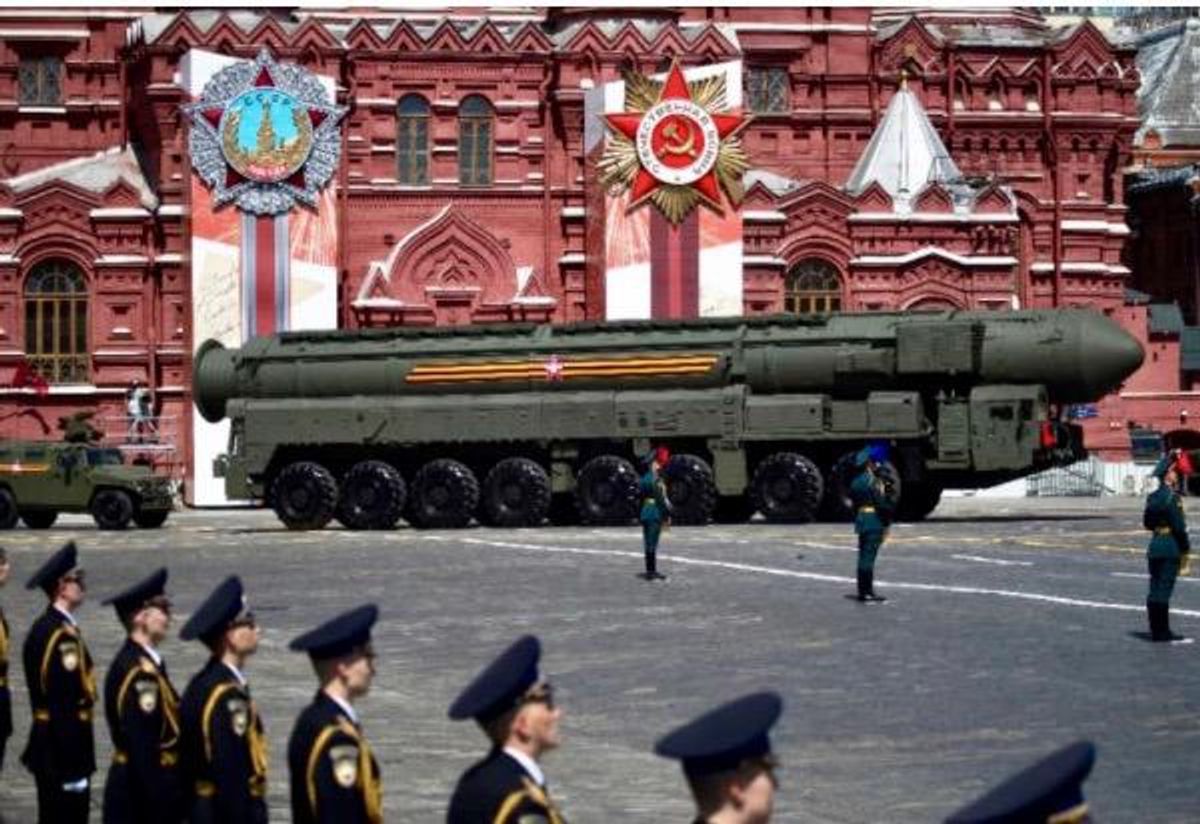 US President Joe Biden's administration Wednesday extended the New START nuclear treaty with Russia by five years, saying it hoped to prevent an arms race despite rising tensions with Moscow including over its imprisonment of opposition leader Alexei Navalny.

One day before the treaty was set to expire, Secretary of State Antony Blinken said the United States was extending New START by the maximum allowed time of five years.

"President Biden pledged to keep the American people safe from nuclear threats by restoring US leadership on arms control and nonproliferation," Blinken said in a statement.

"The United States is committed to effective arms control that enhances stability, transparency and predictability while reducing the risks of costly, dangerous arms races."

Russian President Vladimir Putin signed off on legislation extending the accord on Friday, meaning that the treaty -- signed by then-president Barack Obama in 2010 -- will run until February 5, 2026.

The last remaining arms reduction pact between the former Cold War rivals, New START caps to 1,550 the number of nuclear warheads that can be deployed by Moscow and Washington.

Former president Donald Trump's administration tore up previous agreements with Moscow and unsuccessfully sought to expand New START to cover China, whose nuclear program is rapidly growing but remains a fraction of the Russian and US arsenals.

Late-term talks broke down as the Trump administration insisted on tougher verification and said the treaty should do more to address so-called tactical weapons -- the type that Russia could use in hot spots near its borders, a more likely scenario than a long-range attack on the United States.

Blinken said that the United States would use the coming five years to pursue diplomacy that addresses "all" of Russia's nuclear weapons and to "reduce the dangers from China's modern and growing nuclear arsenal."

The Biden administration had already made clear it would extend the treaty but at the same time made clear that it would press Russia on other areas -- the mirror opposite approach of Trump, who controversially voiced admiration for Putin.

Blinken on Tuesday demanded that Russia free Navalny "immediately and unconditionally" after Putin's most vocal critic was handed a prison term.

Russian authorities have rounded up more than 10,000 people who came to the streets in support of Navalny, who returned to Russia after what doctors said was a poisoning and proceeded to reveal alleged corruption by Putin.

Biden has also ordered US intelligence to investigate Russian meddling in US elections, Moscow's alleged bounties on US troops in Afghanistan and its purported involvement in the massive SolarWinds hack.

Blinken said that even while engaging Russia on arms control, "we remain clear-eyed about the challenges that Russia poses to the United States and the world."

NATO welcomed the extension of New START, saying it would preserve international stability even as the United States looks to advance more

"This the beginning, not the end, of an effort to further strengthen international arms control," NATO Secretary General Jens Stoltenberg said.

The Russian foreign ministry welcomed the extension of New START and said it hoped that Biden was turning the page on the "destructive US policy" of ending arms control measures.

The ministry added in a statement that "significant efforts will be required" to get US-Russian dialogue on arms reduction back on the right track.

"Russia is ready for such work," it said. "We call on the United States to show an equally responsible approach and respond constructively to our respective initiatives."