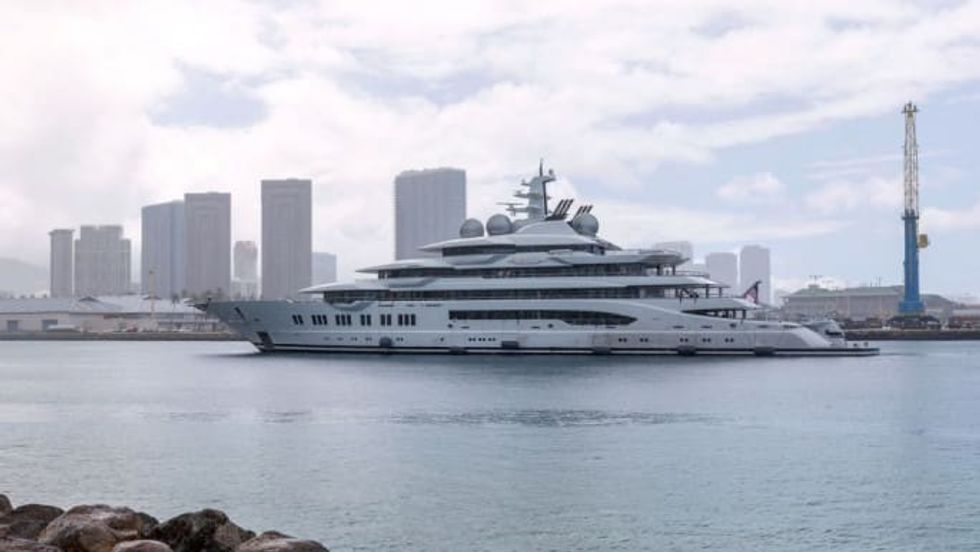 A Russian-owned superyacht seized by the United States arrived in Honolulu Harbor on Thursday flying an American flag. The US last week won a legal battle in Fiji to take the $325-million vessel and immediately sailed it to Hawaii. The FBI has linked the Amadea to the Russian oligarch Suleiman Kerimov. The US said Kerimov secretly bought the Cayman Island-flagged vessel last year through various shell companies. The ship became a target of Task Force KleptoCapture, launched in March to seize the assets of Russian oligarchs to put pressure on Russia to end the war in Ukraine. The FBI said a sea...