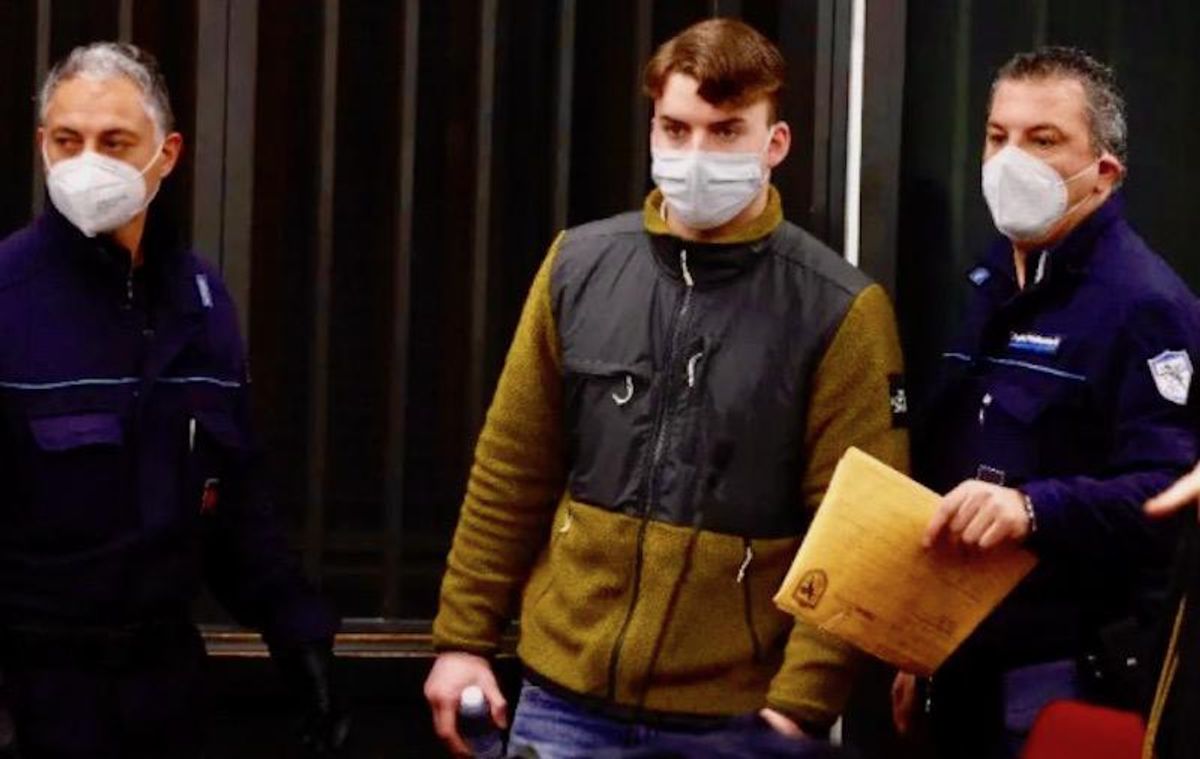 A US teen charged with the murder of an Italian police officer in 2019 told a court on Wednesday the victim and his partner never showed their badges.

Gabriel Natale-Hjorth, 19, faces a life sentence along with his friend Finnegan Elder, 20, for the July 2019 death of police officer Mario Cerciello Rega during a botched drug bust in Rome while the then teens were on holiday.

Elder has admitted to stabbing Cerciello with a combat knife during a fight on a dark street while Natale-Hjorth wrestled with the police officer's partner.

Natale-Hjorth faces the same charges as Elder, as under Italian law, anyone who participates indirectly in a murder can face homicide charges.

Both teens have said they were jumped from behind by their adversaries, whom they believed to be thugs sent by a drug dealer who had swindled them when they earlier tried to buy cocaine.

They both have told investigators they did not know the pair were police.

"They approached without saying a word," Natale-Hjorth told the court in English, according to a translation published by Italian news wire AGI.

Before Cerciello's partner, Andrea Varriale, fell to the ground in the scuffle, he said "carabinieri", Natale-Hjorth said, referring to Italy's military police.

"But I didn't think it was possible that they were carabinieri, they were dressed normally," he testified. "They didn't pull out a badge..."

The killing in 2019 triggered an outcry of public sympathy in Italy for the newlywed Cerciello, as well as outrage over leaked photos of Natale-Hjorth blindfolded and his hands cuffed behind his back inside a police station.

Natale-Hjorth said he was the first to run away after the scuffle and did not see Elder attack Cerciello with the knife when he turned around to look.

Back in the hotel room, Elder took out the knife and "I didn't know what to think", Natale-Hjorth said, before explaining that he opened up a panel in the ceiling where Elder hid the weapon.

Varriale has testified that he and Cerciello identified themselves as police with their badges, although Cerciello's was never found.

Defence attorneys have been trying to show that police errors and lies told by Varriale in the immediate aftermath of the stabbing -- such as whether or not the policemen were armed, as they should have been while on duty -- undermine the prosecution witness' version of events.